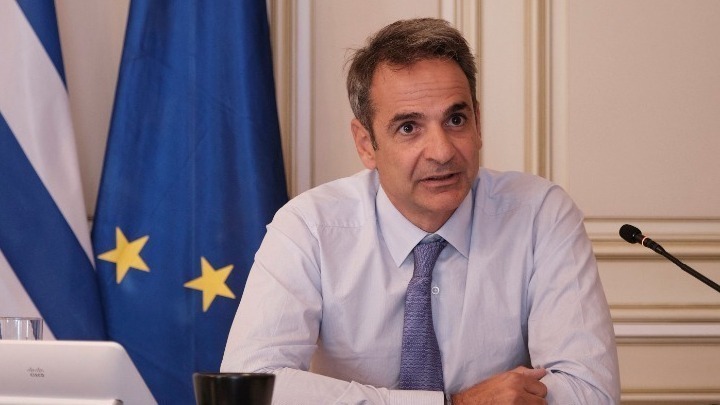 The Turkish leader’s charges against Greece are fake news and deeply disappointing, Greek Prime Minister Kyriakos Mitsotakis said in an interview to CNN late on Thursday. The Greek PM is in New York to attend the 77th United Nations General Assembly meeting. He is scheduled to address the Assembly on Friday where, among others, he will respond to the recent unprecedented verbal attacks by Turkish President Recep Tayyip Erdogan from the same UNGA podium on Tuesday.

Speaking to CNN, Mitsotakis said that it is incredible that a country that has instrumentalized the migration issue charges Greece with crimes against humanity.

Responding to the neighboring leader’s address, the Greek premier said that Erdogan had in March 2020 openly encouraged over 10,000 migrants to cross into Greece and the European Union as a way of adding pressure to the EU. Greece has an obligation to protect the borders and shows absolute respect for human rights.

It is therefore a complete distortion of reality, he said adding that Greece should be in a position to sit down with Turkey and talk like civilized neighbors and collaborate.

Mitsotakis underlined that he was the first to note that Turkey has a significant role to play in managing the migration crisis.

Using his visit in New York to promote the Greek positions, Mitsotakis said also at a dinner with diaspora Greeks that “nobody can bully Greece.”

Stressing that “Greece always acts on the basis of International Law,” adding that Greece will do its best to strengthen its alliances, particularly with the United States, with which it enjoys excellent relations.

He also noted that his government would “do everything we can to prevent an economic recession.”