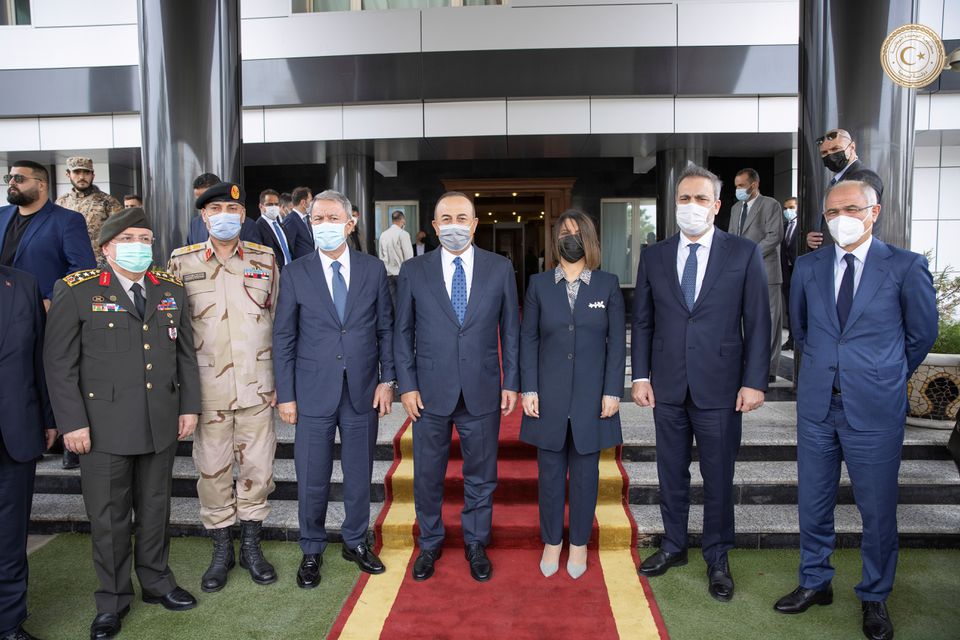 Libya’s Tripoli government signed a preliminary deal on energy exploration on Monday, prompting Greece and Egypt to say they would oppose any activity in disputed areas of the eastern Mediterranean.

Speaking at a ceremony in Tripoli, Turkish Foreign Minister Mevlut Cavusoglu and Libyan Foreign Minister Najla Mangoush said the deal was one of several in a memorandum of understanding on economic issues aimed at benefiting both countries.

It was not immediately clear whether any concrete projects to emerge would include exploration in the “exclusive economic zone” which Turkey and a previous Tripoli government agreed in 2019, angering other eastern Mediterranean states.

That zone envisaged the two countries sharing a maritime border but was attacked by Greece and Cyprus and criticised by Egypt and Israel.

“It does not matter what they think,” said Cavusoglu when asked if other countries might object to the new memorandum of understanding.

“Third countries do not have the right to interfere,” he added.

Greece’s foreign ministry said on Monday that Greece had sovereign rights in the area which it intended to defend “with all legal means, in full respect of the international law of the sea.”

It cited a 2020 pact between Athens and Egypt, designating their own exclusive economic zone in the eastern Mediterranean, which Greek diplomats have said effectively nullified the 2019 accord between Turkey and Libya.

“Any mention or action enforcing the said ‘memorandum’ will be de facto illegitimate and depending on its weight, there will be a reaction at a bilateral level and in the European Union and NATO,” the Greek foreign ministry said in a statement.

An Egyptian foreign ministry’s statement said on Monday that Foreign Minister Sameh Shoukry received a phone call from his Greek counterpart, Nikos Dendias, where they discussed the developments in Libya.

They both stressed that “the outgoing ‘government of unity’ in Tripoli does not have the authority to conclude any international agreements or memoranda of understanding,”the Egyptian foreign ministry’s statement added.

Dendias posted on Twitter about his phone call with Shoukry, saying both sides challenged the “legitimacy of the Libyan Government of National Unity to sign the said MoU,” and that he will visit Cairo for consultations on Sunday.

Turkey has been a significant supporter of the Tripoli-based Government of National Unity (GNU) under Abdulhamid al-Dbeibah, whose legitimacy is rejected by the Libyan parliament.

Parliament Speaker Aguila Saleh, seen as an ally of Egypt, said the memorandum of understanding was illegal because it was signed by a government that had no mandate.

The political stalemate over control of government has thwarted efforts to hold national elections in Libya and threatens to plunge the country back into conflict. [Reuters]

In a statement late on Monday, the European Union’s chief foreign affairs and security policy representative, Peter Stano, referred to the European Council statement from 2019 saying that it violates the sovereign right of third states.”

According to the statement, “the 2019 Turkey-Libya Memorandum of Understanding violates the sovereign rights of third states, does not comply with the Law of the Sea, and cannot have legal consequences for third states.”