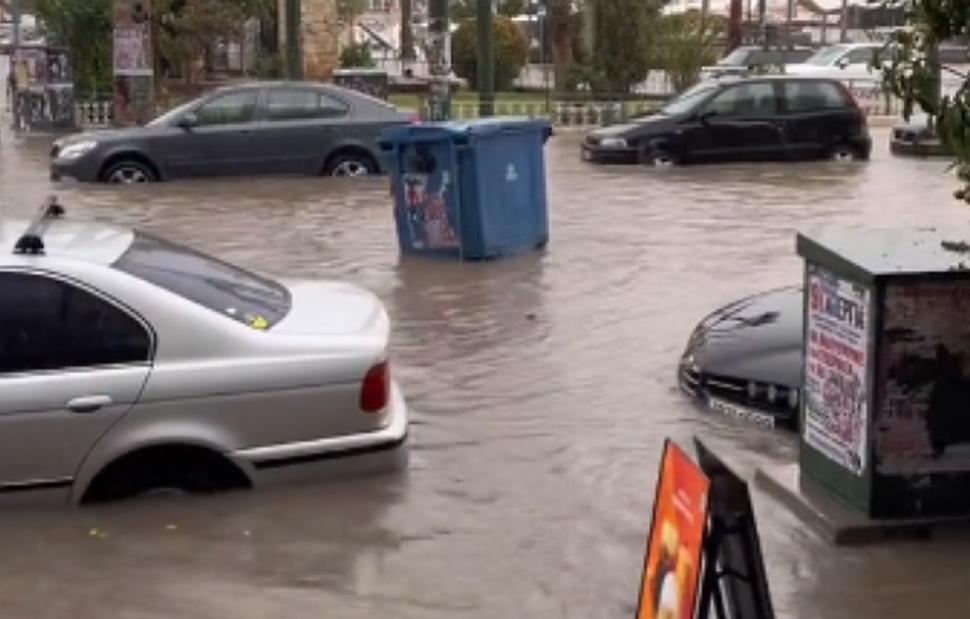 Streets in the port of Piraeus turned into rivers and a garbage bin took a lonesome ride between cars and their motorists struck in the waters, as storm EVA reached Attica on Sunday.

The storm affected mainly the south suburbs and meteorologists had warned of flooding phenomena. 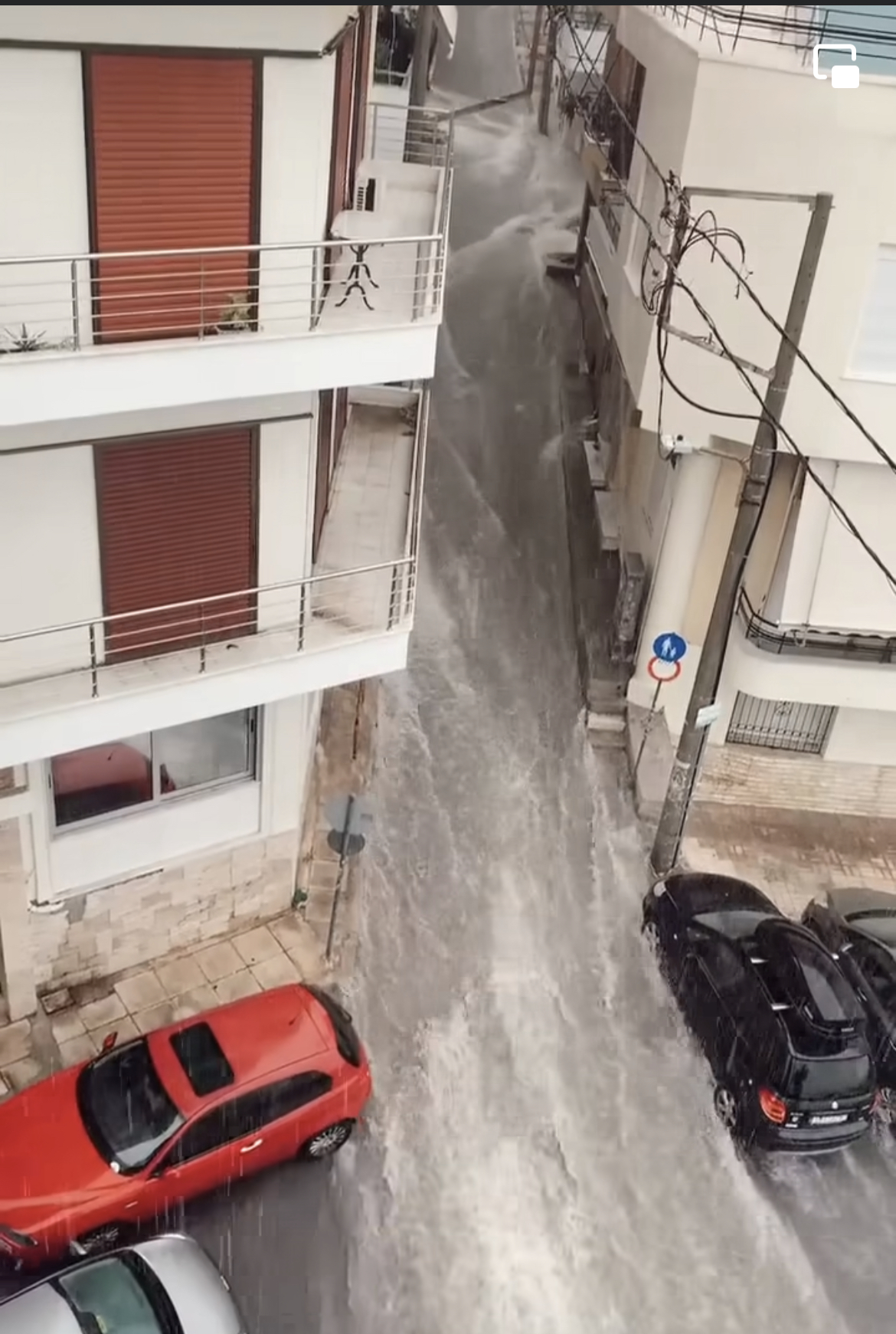 It needed just 15 minutes of rain to have streets, basements and shops flooded, media reported.

Due to water accumulation, traffic was halted in several main roads of the biggest port of the country. 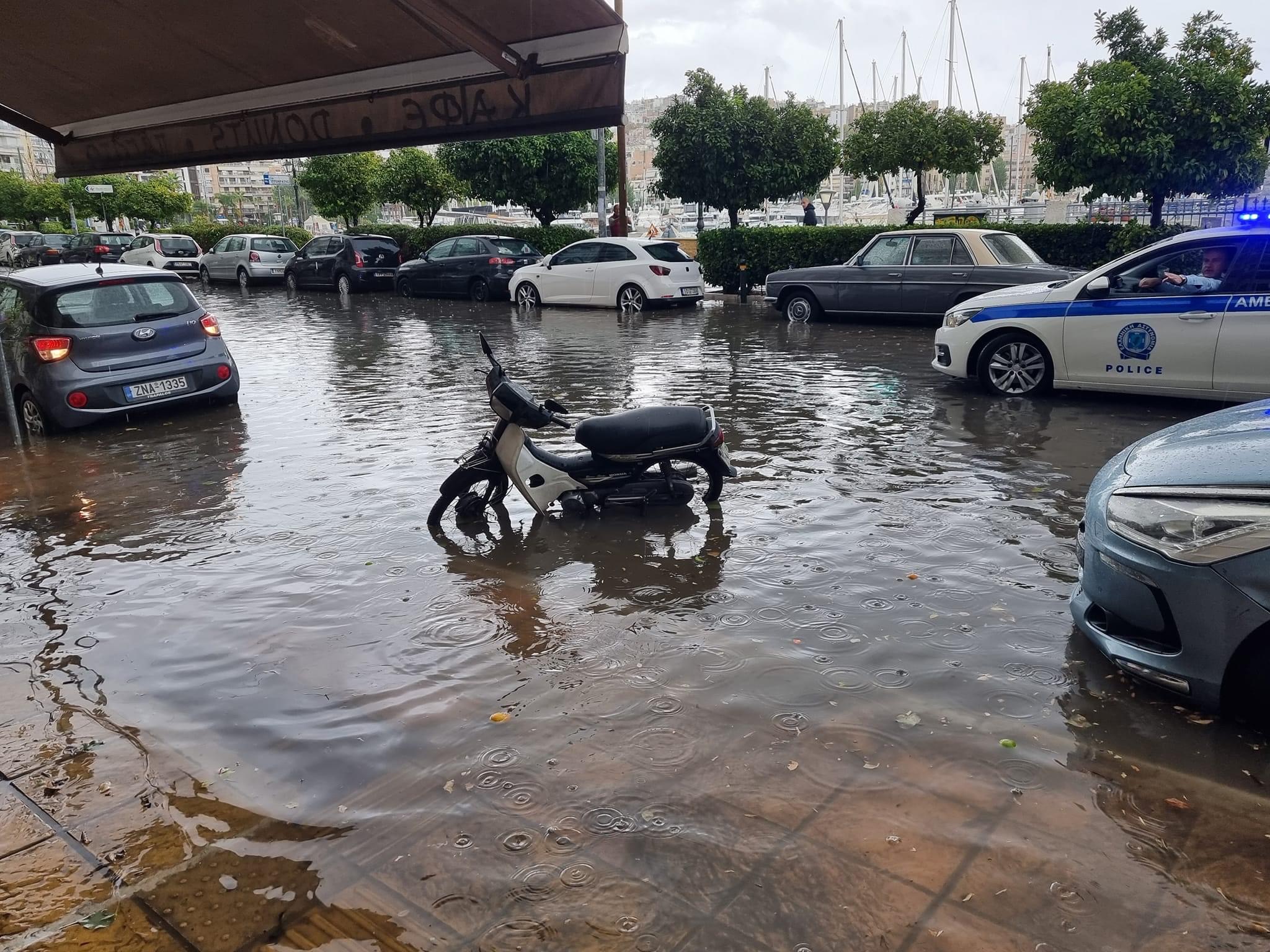 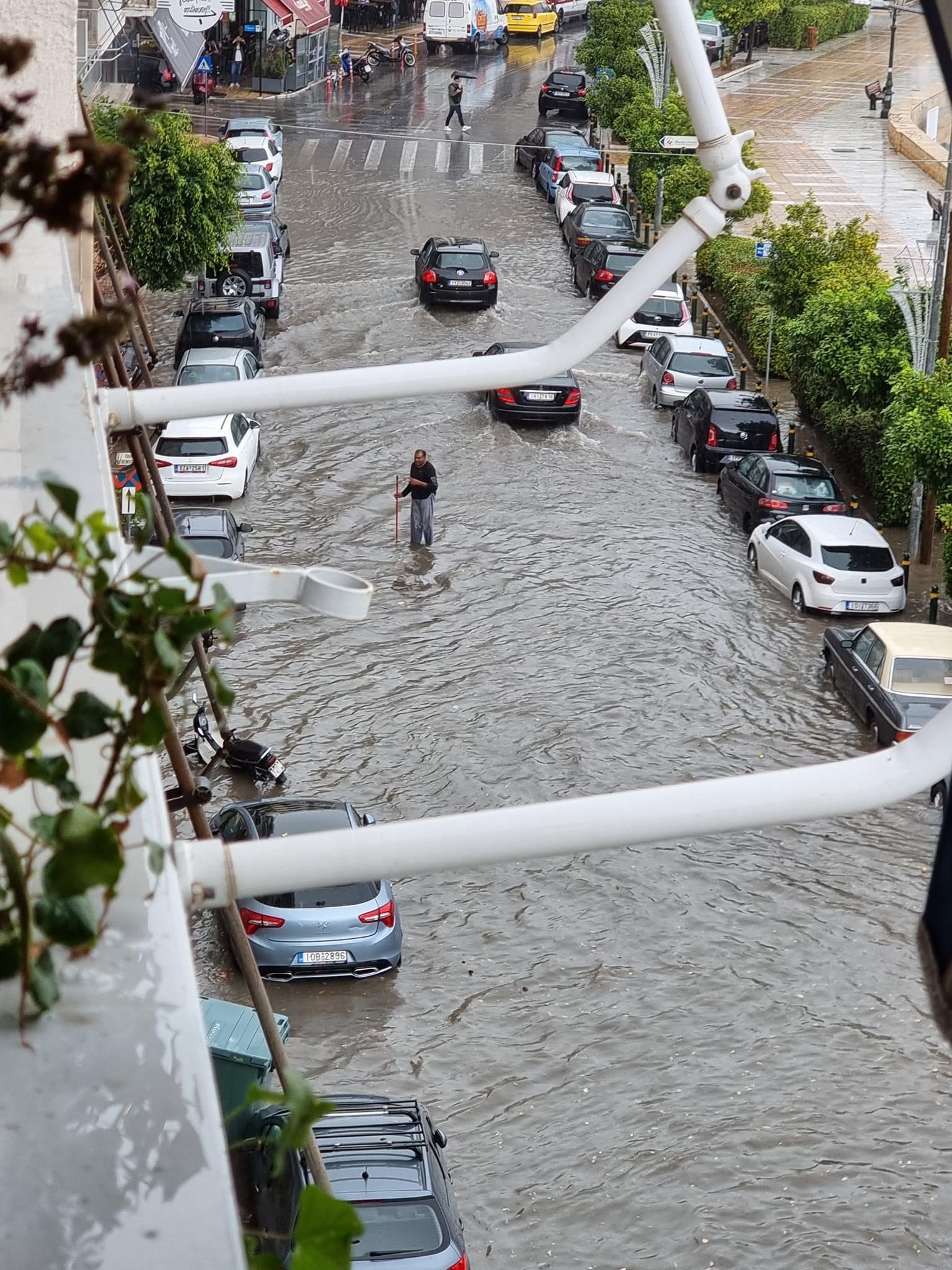 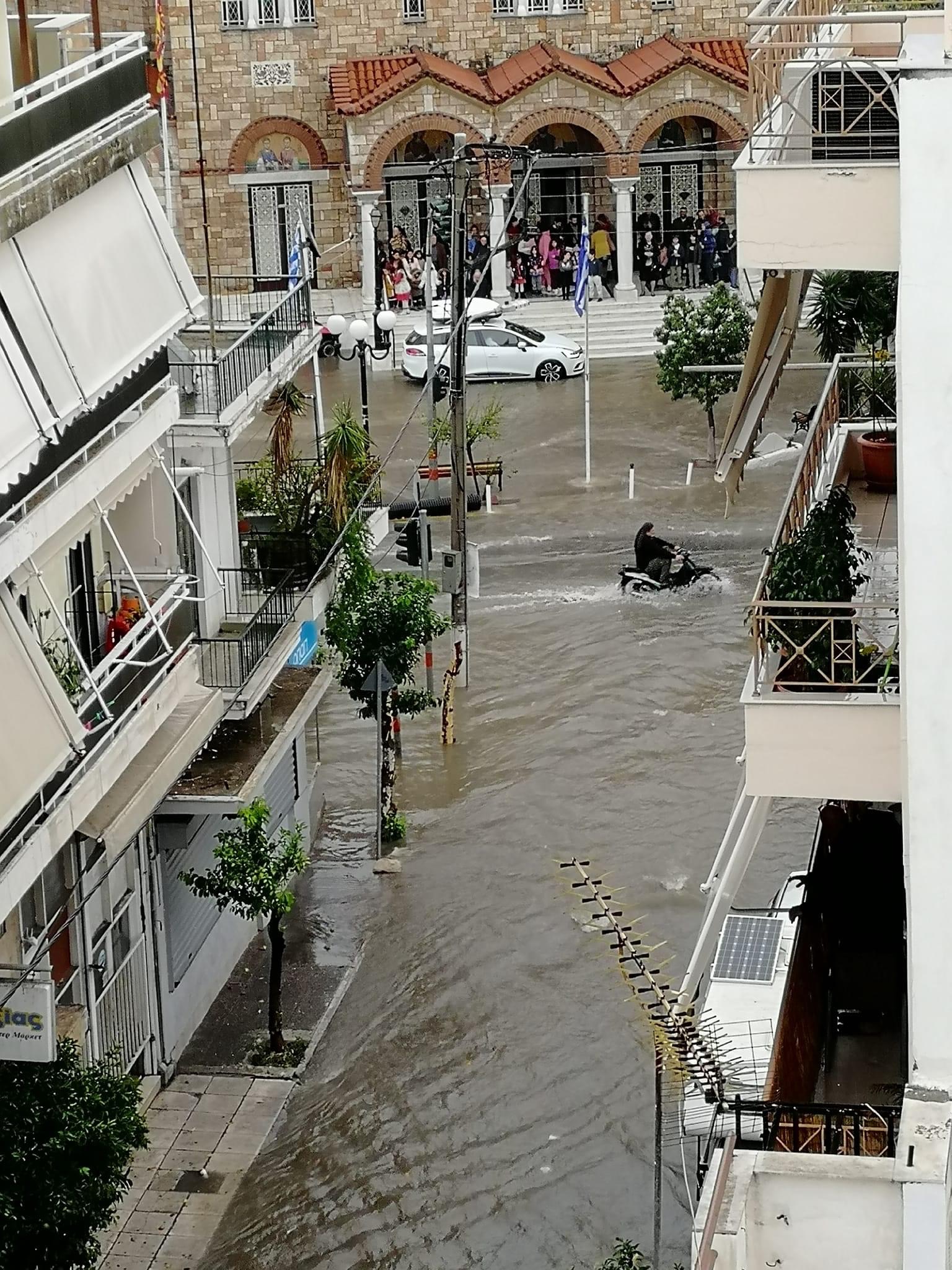 The problem was later solved by itself as the rain was strong but of short duration. Video: Sunday noon at the port of Paros; streets turn into rivers

Among the several waterspouts storm EVA cause was also the one at Isthmia of Corinth in the Saronic Gulf.

Within the next hours, storm EVA is forecast to hit western Crete and the Dodecanese, and the Civil Protection sent a warning message via emergency line <112> to residents of Samos, Ikaria and the Dodecanese on Sunday.