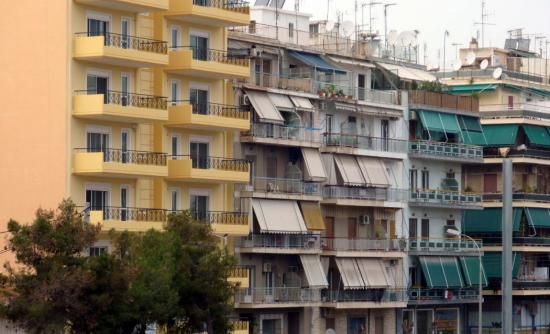 Rents in Greece’s major urban centers skyrocket and so do the landlords’ demands. the reasons are diverse but mainly the increase of the so-called “subjective prices” consequently the rise of property taxes as well as the rising cost of living.

As incomes remain stagnant, though, access to affordable housing has turned into a nightmare for thousands of households, stresses newspaper tovima in a report on Friday.

Access to decent, affordable housing is becoming a nightmare for thousands of renters, especially in major urban centres, as prices – and landlord demands – have skyrocketed while incomes remain stagnant.

From 2015, a year in which rent prices were at their lowest point in a decade, to this year, there has been a 48.7% increase, according to the SPI price index, which captures the long-term trend, based on Spitogatos classifieds data.

Now, the rent problem has reached enormous proportions, creating precarious conditions not only for the vulnerable and economically weak groups of the population, but also for middle-income households.

Leasing contracts do not get renewed

The requested increases are at best around 10%, while in areas with high demand and low supply of rental houses they even reach 25%-30%.

Because too many leases have been made for an indefinite period, as the owners do not renew them, the landlord may come one day and ask you for a 23% increase, as it happened to a tenant in the center of Piraeus, who for an apartment of 97 sq.m. gives 550 euros per month. On the grounds that the amount of [rent income] taxation combined with ENFIA [property tax] make the lease unprofitable for him, the increase is imperative, the landlord told him.

In the first nine months of this year, rents in Attica and Thessaloniki have increased from 1.69% to 15.38% compared to the corresponding period of 2021, according to data from the Spitogatos website.

During this period, the areas where the largest percentage change in the amount of residential rents is recorded is Agia Paraskevi, where rents show a rise of 15.99%, to 11 euros per sq.m. monthly, the Kolonaki – Lykavittos area, with rents increasing by 12.72%, reaching 15 euros per sq.m. per month, and the top 3 is completed with the center of Piraeus, a neighborhood in which house rents have increased in the last 9 months by 12.26% compared to the corresponding period in 2021.

Profile of the most popular properties

In all the regions of Attica, at the top of the list of characteristics that determine the choices of interested tenants, according to a survey by the real estate network Re/Max Hellas, is the good condition of a property, i.e. if it is renovated and has new frames (86% and 79% respectively), while whether the property has a parking space (64%) and whether it is close to public transport stops (50%) also play a decisive role in the decision to rent.

Renovation work (90%), the presence of an elevator (60%) and a parking space (60%) are the three main features that interested tenants look for in a property.

Increases with the threat of eviction

Since the beginning of 2022, the number of landlords who have successfully – or less successfully – threatened tenants with eviction if they do not agree to pay higher rent has been rapidly increasing.

This practice is usual when the lease is nearing its end and in order to renew the tenant has to pay a hefty sum.

“Because there are no houses and at the same time a move has a big cost” as the owner of an 85 sq.m. apartment said in Peristeri [west Athens] to her tenants, a family with two children aged 13 and 15, when she announced to them that the rent from 470 should rise to 620 euros!

The family of four, after searching – unsuccessfully – for a house that did not exceed 500 euros in the area, so that the children would not change schools, finally agreed to pay the extra amount.

In another case, a tenant of an apartment in Moschato [south-west Athens] was forced to leave, as the landlord demanded a 30% higher rent. Less than a month after moving in, the owner leased the property for 1,100 euros from the previous tenant’s 700.

In an apartment building in Alimos [south Athens], the owner of three apartments of 120 sq.m. each asked for a 300 euro “cap” on the rent (from 800 euro he raised it to 1,100 euro), while there was a (verbal) condition for paying six months’ rent at the beginning of each year. In fact, in order to sign a contract, the tenants would have to agree that the amount that would appear at the Tax Office would be half (550 euros).

PS a friend, an apartment owner, was telling me the other day, if she keeps the rent of a 80 sq.m. apartment with parking slot, good isolation etc at 500 euros, she will cash 10 out of 12 rents per year due to the taxes. In the area where the apartment is located “subjective prices” went up by €250/square meter last year, something that she immediately noted in the payment of ENFIA.