Breaking News
Home / FEATURED / Privatization of Greece’s Public Hospitals: Gov’t under fire in- and outside the Parliament 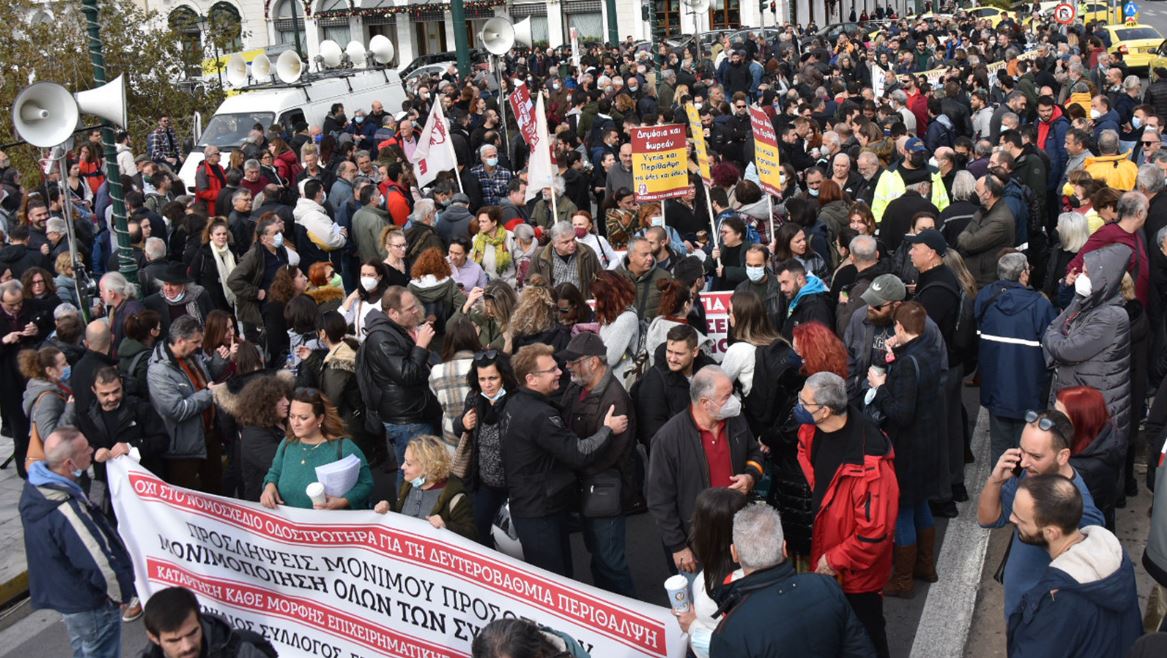 Hundreds of doctor and nurses gathered outside the Parliament on Thursday to protest the bill that privatizes a large part of services of secondary health care in the public hospitals in the country.

The Federations of workers in public hospitals POEDIN demanded the immediate withdrawal of the “monster” bill, as they characterize it, so that the privatization does not pass. 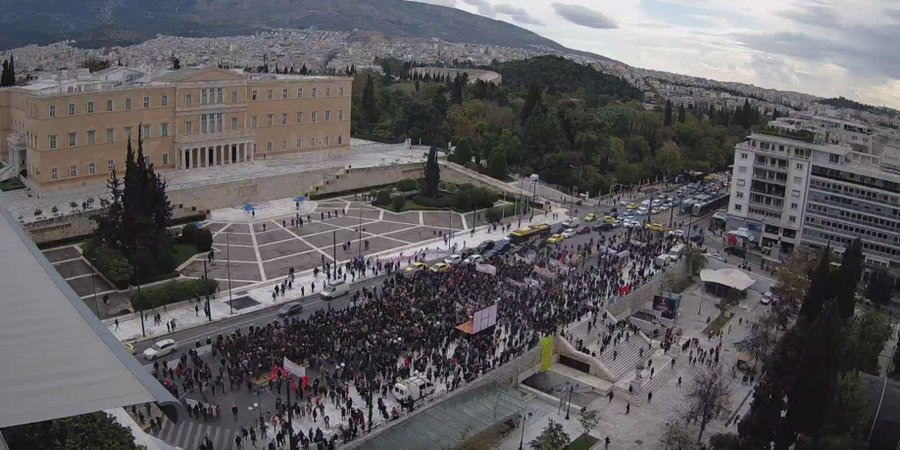 It is noted that POEDIN was on strike until 3 in the afternoon, while public sector union ADEDY launced also a work stoppage until the end of the shift.

During the debate on Thursday, the government came under fire not only outside but also inside the Parliament with opposition parties to fiercely criticizing the bill submitted by deputy health minister Mina Gaga.

Not only doctors and nurses unions oppose the bill but also some ruling New Democracy MPs, including the Athens Medical Association whose board is mainly ND supporters.

“The ND government seems to be in a hurry to put the tombstone on the grave of the Public Health System, which all previous governments have prepared. With the disgraceful secondary care bill on the one hand, and the announcement with drumbeats of the start of paid evening surgeries in the NHS, they are dismantling what is left of patients’ right to Public and Free Health. They force patients to reach even deeper into their pockets to access even more degraded health services,” public hospital doctors’ union OEGNE said in a statement..

“They are trying to abolish the full and exclusive employment of NHS doctors, establish part-time doctors, give the possibility of private practice to NHS doctors, consolidate the huge gaps and endless waiting lists, abolish any concept of hours and work rights,” OEGNE added among others.

Gaga: Our goal is an empowered NHS

“Our goal is a strengthened NHS,” said during the Plenary debate deputy health minister Mina Gaga.

“We are looking for a NHS that will work longer hours, which will be more attractive to doctors who will be able to care for patients better,” she said.

Referring to the criticism of the provisions that provide for the possibility of employment of NHS doctors in the private sector (Article 10), and the announcement of NHS doctor positions, with part-time status (Article 7) she said that “you are not progressive. You are regressive. You want to go to a Health system that was organized 40 years ago. In a health system that was in another world, with patients who had other needs, other technology and other possibilities.”

Fierce criticism by opposition parties in the Plenary

Leader of main opposition SYRIZA, Alexis Tsipras, launched a fierce attack on the prime minister and the government for the new policy highlighting its character in favor of private profit at the expense of the public interest.

Tsipras underlined that what “exists is the need for the State to provide decent healthcare conditions to all citizens. There is a need for people in a privileged State to feel basic security. That they will not be left helpless to die on the stretcher, if they cannot afford to pay for services.”

PASOK/KINAL leader Nikos Androulakis expressed in a statement the party’s   complete disagreement with the bill on public hospitals.

He stressed that “the NHS was one of the most iconic reforms with PASOK’s signature because it cut through social inequalities and offered its services to all citizens.

“Instead of strengthening the NHS and the primary healthcare after a 10-year economic crisis and the pandemic… the government is opting to bring a bill which we categorically oppose, because it totally dismantles the National Health System,” he added.

The specific bill, “abolishes the full-time and exclusive employment of hospital doctors and turns a public and social asset into an item on the private market, at a time when Greeks, in an oppressive environment of price hikes and inflation, have the third highest spending on private healthcare in Europe, behind only Bulgaria and Lithuania,” Androulakis underlined.

He strongly criticized the government, saying that “on every occasion it proves that its priority is to facilitate interests, both big and small, even at the expense of the citizens’ prosperity.”

Leader of Kommunist KKE Dimitris Koutsoumpas urged the government to withdraw this “monstrosity.”

He spoke of “another reactionary, anti-popular monster bill” and recalled that hospital doctors together with the hundreds of associations, unions, bodies of the workers’ popular movement reject it.

The health workers “reject the logic of ‘who does not have to pay will not survive’.

Greek Solution rapporteur Maria Athanasiou, said that the bill raises new and even greater obstacles to patients’ access to free care services in public hospitals, serving the profitability of large business groups active in the field.

“It turns out that the social contributions paid by employers and employees in favor of the health sector are wasted, without return. So abolish them and hand over the proportionate amount and let each insured person choose the private insurance of his choice, since you have condemned public health to a slow but not certain death.” she underlined”.

MERA25 MP Maria Apatzidis said that her party “disgustingly votes against” this “shameful bill, which is a tombstone for free public health.”

The bill on hospitals partial privatization is scheduled to be voted later on Thursday.

Many wonder about the impact of such a shameful bill to New Democracy as the country is led to elections in the next six months.