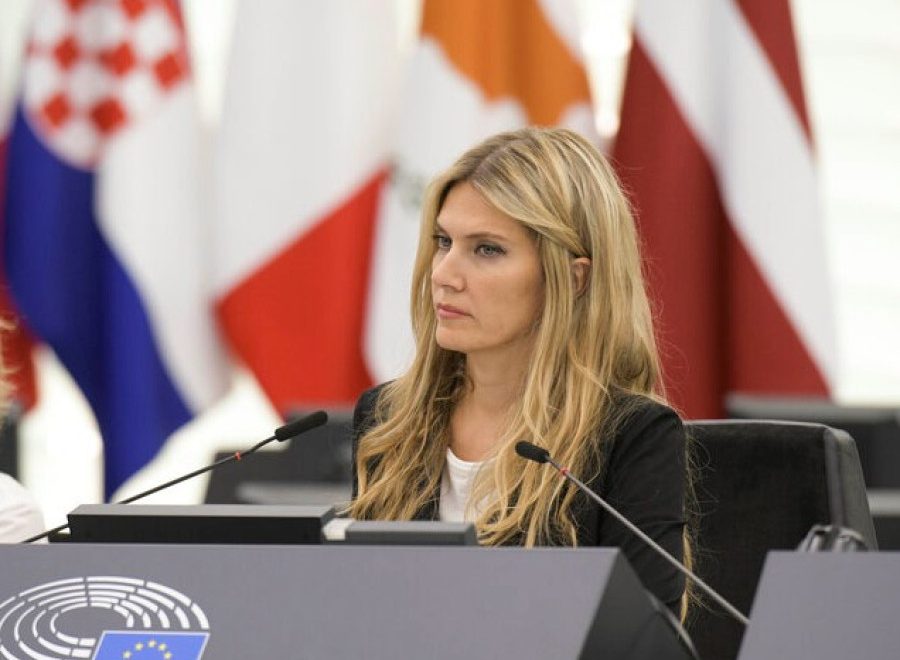 Citing a source with knowledge of the case AFP reported Kaili’s arrest after her testimony to authorities.

Friday afternoon Kaili was summoned to questioning after her Italian husband was arrested in the morning.
During a house search, a large amount of euros was found in their home.
Both their offices have been sealed by local authorities.
Greece’s socialist party PASOK announced late Friday it expelled MEP and European Parliament Vice president  Eva Kaili from the party after news that Belgian authorities searched her home in Brussels and summoned her to testify in a corruption investigation related to Qatar.

Authorities in Belgium are investigating a major corruption case in the European Parliament with Qatar as the protagonist.

Eva Kaili was expelled with decision of PASOK/KINAL leader, Nikos Androulakis, following the latest developments and investigation by Belgian authorities regarding corruption of European officials, a statement said.

According to state broadcaster ERT, so far the news about Kaili are only on Belgian daily Le Soir.
In an article with title “Suspicions of corruption by Qatar: Vice-President of the European Parliament Eva Kaili detained”

“The home of Greek Social Democrat Eva Kaili, Vice-President of the European Parliament, was raided. Her partner had been arrested in the morning. They are both under investigation for corruption.”

Le Soir* reports that  “more than fifteen searches carried out by agents of the Central Office for the Suppression of Corruption in Brussels and four people, considered to be suspects, were arrested in order to be heard by the investigators led by the examining magistrate Michel Claise.”

Kaili, 44, a former Greek television presenter and MEP since 2014, was also targeted by investigators, Le Soir and Knack learned. Her home was searched late Friday afternoon and she was taken in for a hearing. Information confirmed by the federal prosecutor’s office.

Eva Kaili is one of the 14 vice-presidents of the European hemicycle.

The only way to arrest a Member of the European Parliament protected by  immunity is to catch him in the act (inflagranti).

On November 1, it was reported on Twitter of a meeting of Ms. Kaili with Mr. Al Marri, Qatari Minister of Labor: 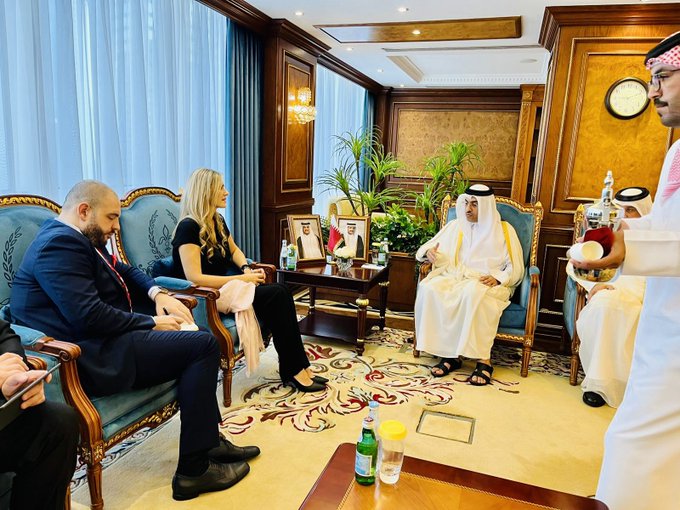 “This official of the European Union welcomes Qatar’s commitment to continue its reforms in work after the 2022 World Cup and wish you a good tournament,” Le Soir concludes its article.

The Qatar found a supporter in EP

ERT correspondent in Brussels recalled Friday night that Kaili had recently praised Qatar as “a model for labor rights.” [ the Qatar where thousands of workers lost their lives during construction of World Cup facilities!]and accused Europeans of bulling the country.” The speech at the EP has triggered a storm of reactions.

Her supportive remarks had disturbed PASOK leader Nikos Androulakis, who is also a MEP.

According to ERT, the news fell like a bombshell among the Socialists MEPs of S&D who said “zero tolerance to corruption.” Similar statements came from the Popular party.

It is recalled that Qatar has been accused of human and labor rights violations.

According to additional ERT information, persons of interest in the corruption investigation are also considered parliamentary assistants, while all those involved are active in human rights.

*Le Soir article is via google translate, Note that also on Greek media it’s not clear if Kaili has been “detained” or just “summoned.”