“Indignant” Greeks Force Lawmakers to Flee in the Dark

Greek lawmakers, ministers, journalists and personnel found themselves in the grip of angry protesters while they were leaving the Parliament building Tuesday night in Athens. Police and fire brigades built barricade with vehicles to allow the politicians to leave the area without harm. It was shortly after 10 p.m. when protesters gathered around the main entrance of the Parliament, ‘trapping’ inside the lawmakers in the building. A Plan B was quickly put into practice. A ‘heroic exodus’ through a rare exit. Police squads escorted some 30 members of the parliament through the darkened paths of the National Gardens. 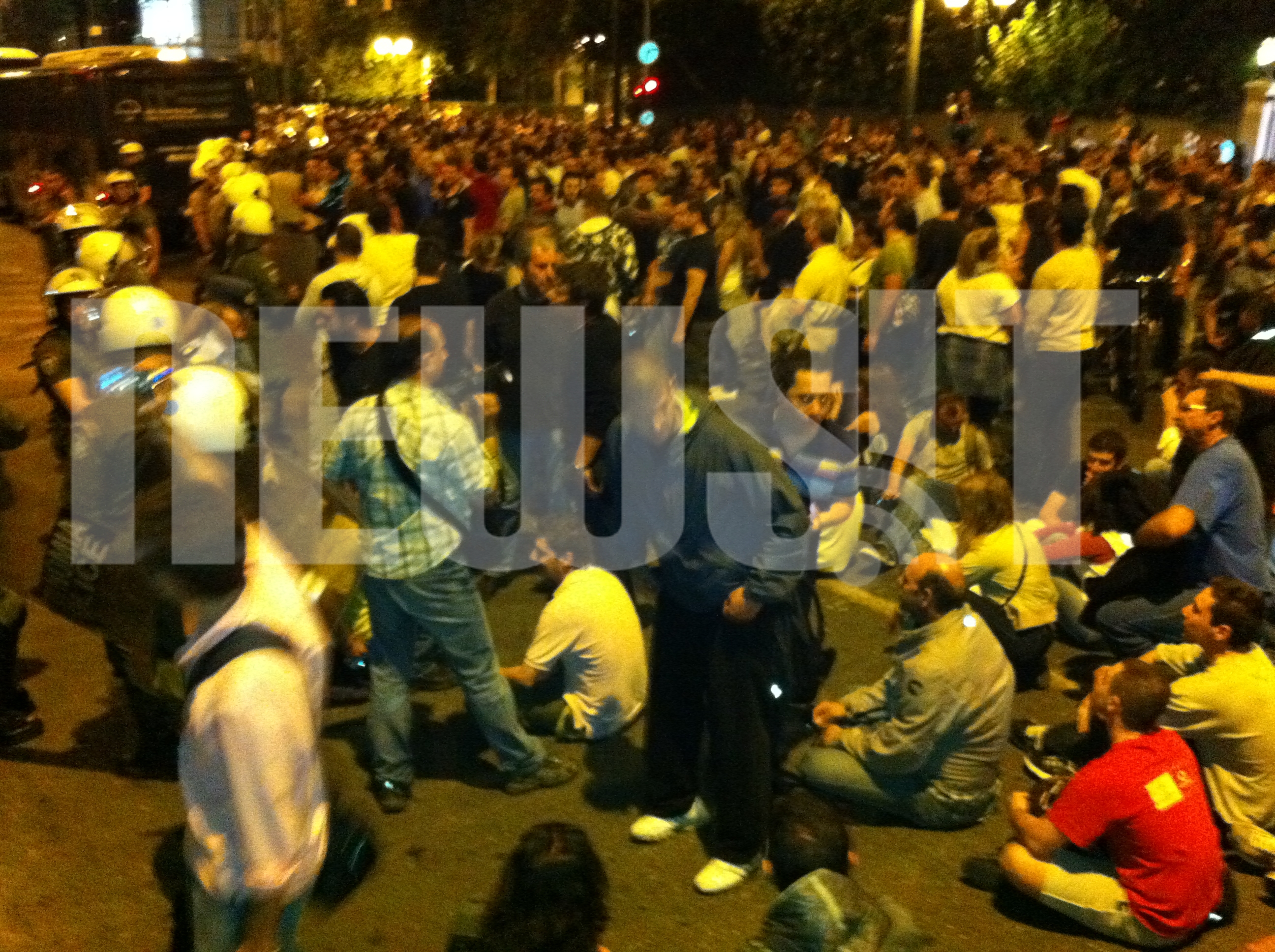 However the fear of being located by the protesters hindered the policemen to light their torches. And yet! Protesters  got a whiff of the fleeing MPs and got together at the exit.

At the same time, MP’s drivers were leaving the Parliament main entrance in order to pick them up on a side road. The angry protesters kept chanting “Thieves! Thieves!” and “Traitors!”, booing and cursing. Some even hit with their hands the windows of the cars. A rain of  typical Greek gestures of insult, Moutzes, fell towards the cars of the lawmakers even if they were not inside.

Security forces had failed to cordon the area and protect the lawmakers as huge crowds of protesters flocked in front of the Parliament for the seventh consecutive day. The crowds swelled as people who had earlier attended the protest rally organized by musician Mikis Theodorakis joined the protesters at Syntagma Square. Theodorakis had urged the people to stand up and oppose the austerity measures.

It was the first time after the begin of the peaceful protests by “Indignant” Greeks last Wednesday that the situation went  out of control.

Greek politicians reacted with indignation to the incidents and took their place in front of radio microphones and television cameras to express their indignation.

“The implementation of these cries may lead to difficult situations” said  another lawmaker from ND.

Parliament speaker, Philippos Petsalnikos stated ” On the occasion of the incidents where some attempted to enclose the Greek Parliament, I am obliged to highlight the dangers of such phenomena for our Democracy.

All these politicians comments were posted in news portal in.gr. Now I translate for your some of the so far 563 visitors’ comments:

“Those beloning to governing parties have no right to speak.”

“Leveling democracy? How about the workers’ rights, the right to work, the right to dignity? You speak, instead of lifting the MP’s immunity, punish the thieves of the nation and confiscate their wealth.”

“You all will be judged by history.”

“Soon beans will fall! Thieves and abusers are offended? Incredible!