33,000 EU-Employees & Officials to Get Salary Increases Despite Economic Crisis

I always knew, the EU officials had no idea about the real life in Europe, the real economic and social situation of EU- citizens and – taxpayers who come up for their expenses. And now this is officially confirmed, through an internal EU-Commission report asking for salary increases hikes and claiming “there is no serious and sudden deterioration in the economic and social situation within the European Union.” Therefore the 33,000 employees and officials of the EU must get a salary increase…

33,000 EU- officials are getting a whopping raise this year, despite the economic downturn in many EU countries and debt crisis!

In an internal report to the EU Council (Obtained by BILD newspaper) the EU-Commission rejects a differ from the usual automatic pay increase that should come into effect retroactive as of  1. July 2012.  There is  “not a serious and sudden deterioration in the economic and
social situation “occurred in the EU, the report says.  “Even in times of economic downturn,” the Eurocrats would receive compensation for the loss of purchasing power.

On the final increase of salaries of EU-personnel, it will decided in autumn. However, the EU Commission already indicated that the Eurocrats-salaries should be significantly increased, mainly because of the “significant salary increase” of German civil servants (+ 5.74% in 2012).

EU member states urge on restrictions for EU personnel salaries, since the beginning of the crisis. Last year, the planned salary increase of 1.7 percent was rejected by the European Council, the European Court has yet to decide.

Currently, the lowest salary of an EU official is 2654 euro per month, the highest at 18,371 euros. There are also still abundant tax-free allowances. (BILD) “That’s out of question!” 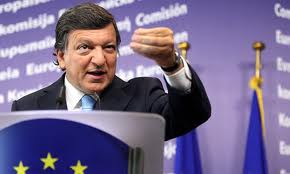