IMF Thomsen: “Greeks get higher pensions than the Germans”

No, Troika-chief Poul Thomsen did not refer to pensioners from the notorious Greek state-run enterprises (DEKO) going into retirement at 50’s and getting 2,000 to 3,000 euro. He referred to the poor devils, who get less than 1,000 euro per month, gross. Private sector employees, older generations of self-employed.

If Thomsen was not suffering from a calculation-disorder – as proved many times with the IMF calculation mistakes – and had he put his eye-glasses on, he could clearly see that the majority of private sector pensioners (IKA) get 600 to 700 euro.

But probably in a state of total mind confusion added that

33% of Greek pensioners get €360 gross
33% of Greek pensioners get €675 gross
Or he probably deliberately picked up the “statistically average” 907.65 euro which sums up from main and supplementary pension plus some kind of allowance.
He also pretended to forget the total collapse of the Greek social state when making his comparison to Germany. he could also compare the food prices in the two countries, but that’s the IMF employees: no taxes, but bonuses and good pensions for ruining people’s lives.
Statistics ruin our lives

But the Greek side is also as stupid as it can be.

Recently, the Labor Ministry published a not-complete list of pension levels in the private sector.

Minister Yiannis Vroutsis was proud to announce that the average pension was some 907.65 euro. On the statistic papers, of course. Vroutsis wanted to persuade Greeks that their pensions were much higher than they thought and received.

Dialogue between Thomsen and Greek Labor Minister as leaked to the Greek media:

Thomsen: “Do you need to see it again on pensions to cover the financial gap?”

Vroutsis: “It can not be done. Can not reduce pensions. The government said that this would not happen. We will achieve our financial goals. ”

Thomsen: “I don’t tell you what to do, but maybe you need to see it again, to discuss the issue of pensions? There are differences in many measures. We see how close a budget gap that is 1 to 1.5 billion. Besides, the average level of pensions in Greece is at 915 euros, when in other countries, such as Germany, the average level is at 830.

To tell you the truth – and, please, do not say it further – it is highly possible that pensions of self-employed will be cut to some 30%. Not now, not this year. But there is a suspicious repeat of such articles in the Greek media. 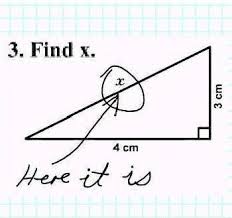