12,500 Greek civil servants to be on mobility scheme asap

Alea jacta est! The die has been cast for 12,500 Greek civil servants. They will be sent home as by end of September with 70 percent of their previous salary. If  the public administration won’t find a job for them within eight months, they will be kicked from the state duty for ever.

That’s the noble scheme of  ‘mobility’ demanded by the Troika and applied by the Greek government, specifically by the Minister of  Administrative Reform Kyriakos Mitsotakis from the well-known politicians’ family of  Mitsotakis.

Several ministers of the Greek government decided on Monday about the names of 8,099 (not even 8,100!) civil servants to be put on the list of future dismissal.

A first list with 4,599 names will have to be ready on September 16th, the list with the rest names has to follow. Fact is that those sent to ‘mobility’ will find themselves at home by end of September.

Yes, it sounds a bit complicated but the ‘mobility’ or ‘labor reserve’ scheme foresees that part of civil servants involved will be transferred to other workplaces/ministries or be sent home. As the rights of civil servants are protected, the government just closes down departments making the number of people to be dismissed -as required by the Troika – superfluous.

PS I’m terrible sorry for the mistake on thumbnail photo. It is not a Greek civil servant on mobility trying to get a new job. 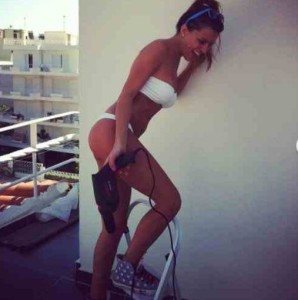