October 16, 2014 Very Mix Comments Off on Greek seniors ask Amal Alamuddin-Clooney to help with the Return of the Stolen Pensions 158 Views

After a glamorously successful visit in Athens, Amal Alamuddin-Clooney is to board on a plane and leave behind the birthplace of civilization and the flashlights showers. Mrs Clooney’s 3-day visit was crowned with numerous lunches and dinners and meetings with the highest representatives of the political and business world. 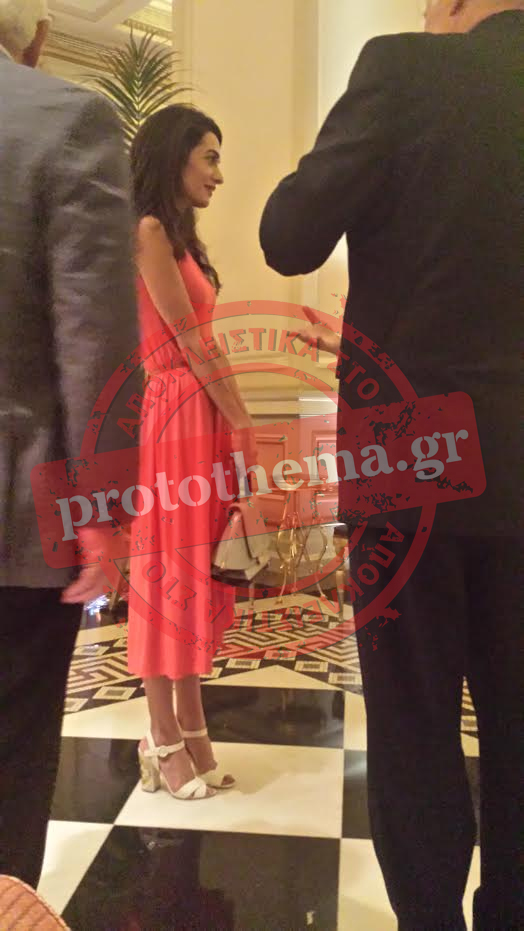 Fabulous Mrs Clooney came and conquered the hearts of the media and inevitably the hearts of the public that was bombarded with all details of her visit. What she ate, what she drank, when did she go to refresh room, how was her hair, what she wore…. oh and what she said.

Fabulous Mrs Clooney did not say anything important worth to be taught at schools for the future generations. She limited herself to the common platitudes and cliches like “We’ll manage”, “”I’m happy to be here” and “We had a fruitful conversation with the PM”. 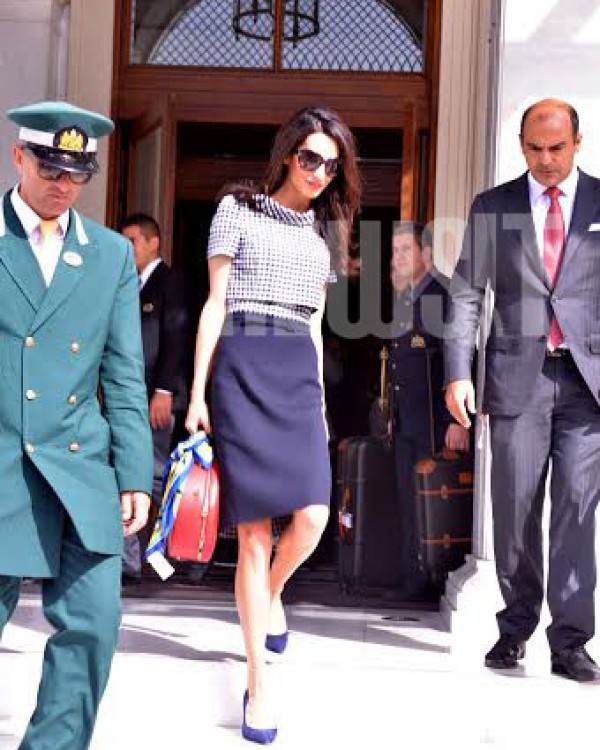 WOW 3: Leaving Athens dressed in the colors of Greek flag, blue and white…

From what I understand, Mrs Clooney and the rest of the London-based lawyers team made some proposals to the Greek government on how to reclaim the stolen Parthenon Marbles from the British Museum. The proposals are not bidding for the Greek government, neither it is certain that the lawyers office will legally represent Greece in the issue for …technical reasons (see: payment).

Greek Gods are angry: Amal did not visit THE ACROPOLIS due to …”technical reasons” as the official excuse claimed. Media reported that she did not have any flat shoes with her. Culture minister Tasoulas offered to give her a pair of shoes suitable for the Holy Rock. At the very end, neither Tasoulas bought her shoes with debt-ridden taxpayers’ money, nor had Amal €50 in her wallet to buy a pair of sports shoes or ballerinas.

Anyway, the visit of Amal Alamuddin-Clooney in Athens has been considered as success. For whom and why, I did not understand. Except maybe for the personal promotion of Mrs Clooney…

Nevertheless, the Greek public apparently fell for Mrs Clooney’s courageous efforts and now several social groups turn to her asking that she represents their cause. First who contacted Mrs Clooney was the group of austerity-hit Greek pensioners. 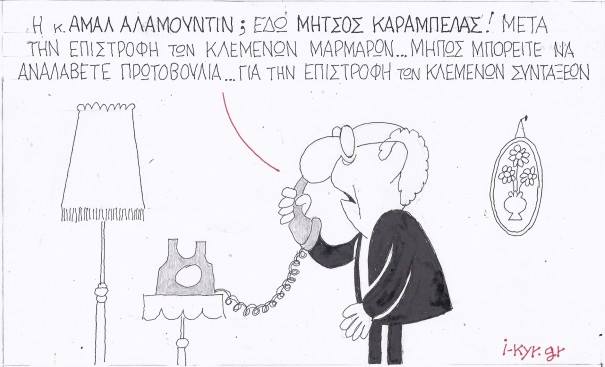 PS Trust me! This woman with this dressing style will hit the position of US First Lady one day…