Forget all you have ever learned in the schools you attended about religion and history, and great discoveries and national boundaries. Greece and Turkey will teach you better. And at the end of the day you will shout “It’s all Greek to me” thus giving a new meaning to the famous sentence, having openly to admit that the sky above you – not matter where you are – is Greek!

Obviously competing for the “Global Joke Award 2014” the two neighboring countries in the Eastern Mediterranean Sea have triggered loud laughter around the world claiming the undoutbful and you will be stunned to finally know the real truth.

Greek tourism agency EOT, for example, claims that all mythology of the stars is Greek and that therefore the EOT is eligible to use any camera shots of the sky and even add the shots in video clips promoting Greek tourism and moreover without permission from the cameraman. Unfortunately for the Greeks, the Australians made a big issue of the …claim with all big news agencies and newspapers reporting about it.

The Greeks consider themselves the founders of democracy and mathematics. Now they’ve taken credit for one of Australia’s most recognisable landmarks, the Twelve Apostles.

The embarrassing blunder has been compounded by “preposterous” claims by the Greek tourism ministry that the use of the images are justified because constellations seen in the sky above the apostles on the video “carry Greek names”.

The controversy erupted after Australian astro-photographer Alex Cherney discovered that 15 seconds of footage from his award-winning time-lapse film Ocean Sky had been spliced without permission into an official Visit Greece tourism campaign video. (Full story here)

So far no statement has been obtained neither from the Greek Tourism Agency neither from the film director “Gods, Myths, Heroes” form the Australians.
Hardly had the Australian community recovered from the Greek joke, it was the turn of Turkey to entertain and enlighten the community of the Western world. Muslims sailors reached the Americas more than 300 years before Christopher Columbus, said President Erdogan, a devoted Muslim and sent a delegation to Havana to build a mosque in Cuba.

President Recep Tayyip Erdoğan has said Muslims, not Christopher Columbus, were the first foreigners to set foot in America, suggesting the construction of a mosque on a hill in Cuba where he said there used to be a mosque.

“Latin America’s contact with Islam dates back to the 12th century. Muslims discovered America in 1178, not Christopher Columbus. Muslim sailors arrived in America in 1178. Christopher Columbus mentions the existence of a mosque on a hill along the Cuban coast. I will talk to my brothers in Cuba and a mosque would suit the top of that hill today as well. We would build it if they [the Cuban government] say so. Islam had expanded in the American continent before Columbus arrived,” Erdoğan said on Saturday while speaking in İstanbul at the 1st Latin American Muslim Religious Leaders Summit, hosted by Turkey’s Religious Affairs Directorate.

“Columbus mentioned the existence of a mosque on a hill on the Cuban coast… I would like to talk about it to my Cuban brothers. A mosque would go perfectly on the hill today,” he added. (TodaysZaman).

According to The Independent, Erdogan’s statements echo assertions made by historian Youssef Mroueh that Middle Eastern and North African explorers sailed west to America from the Muslim parts of Spain before returning home prior to Columbus’ expedition.

However, some scholars have counter-argued these claims by saying that the mountain was described as looking like a mosque and that the reference to the Islamic place of worship is metaphorical.

“It has been claimed that no archaeological evidence exists of Muslims having lived in the Americas before Italian explorer Columbus made his expedition in 1492 on behalf of the Spanish crown.

Identifying the first American colonialists has long been a hotly-disputed issue with various scholars and historians claiming that others arrived before Columbus, with suggestions that Vikings reached the continent by the 10th century despite allegedly not forming permanent settlements. “(Full Article The Indepentent)

There is also a well-known Turkish claim that Elvis Presley and Abraham Lincoln were Turks, but Erdogan did not refer to this as this had happened centuries after Colombus has discovered Americas, when Portuguese sailors took slaves from the Turkish coast in 18th century or something…

Conclusion and bottom line of the Greek and Turkish claims

— What is clear is that the Greeks did not discover Americas because at the time they were looking upwards, most likely giving Greek names to the stars.

— What is unclear is whether the American tradition eat Hamburger & drink Milkshake is not the modern version of the good old Turkish tradition of eat Kebab & drink ayran (yogurt & water mix).

The Twelve Apostles footage is at 5:25. 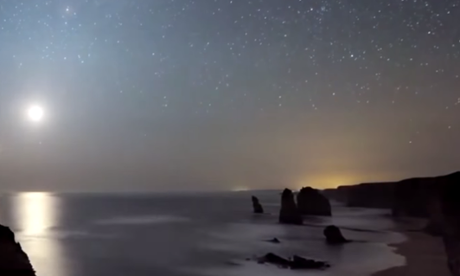 PS not even the sky is the limit…. 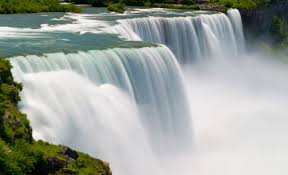