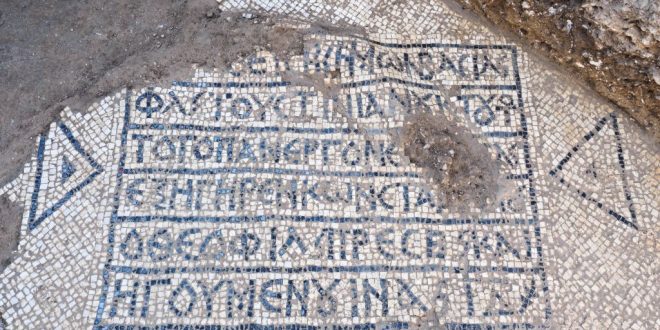 An extremely rare ancient early Christian Greek inscription mentioning the Byzantine emperor Justinian was found intact. It has been discovered about a kilometer north of Jerusalem’s Old City, on the road leading to Damascus Gate. The once-in-a-lifetime dream archaeological find was discovered by chance during infrastructure work for a phone cable.

The intact 1,500-year-old mosaic was uncovered in the flooring of what is thought to have been a pilgrim hostel during the reign of the Byzantine emperor Justinian. Israel Antiquities Authority director of excavation David Gellman was supervising the salvage dig ahead of the placement of Partner communications cable infrastructure outside American Consulate buildings in East Jerusalem.

Gellman called the find “extremely exciting,” saying that “it’s not every day that one finds an inscription — a ‘direct letter’ from someone — from 1,500 years ago.”

The black-lettered mosaic inscription was discovered on a white tile floor during the last day of salvage work.

“The fact that the inscription survived is an archaeological miracle,” said Gellman.

“Amazingly, it had not been damaged. Every archaeologist dreams of finding an inscription in their excavations, especially one so well preserved and almost entirely intact,” said Gellman. He said one area of the mosaic was slightly raised by a tree root growing beneath it, and a there are a few gaps of letters among the six-line inscription. 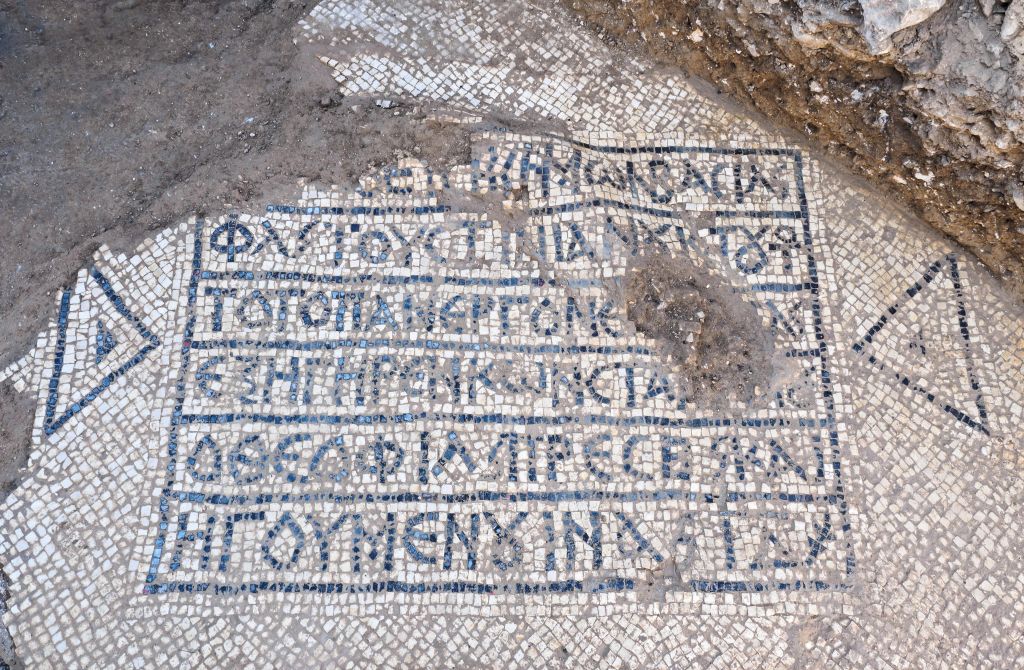 “In the time of our most pious emperor Flavius Justinian, also this entire building Constantine the most God-loving priest and abbot, established and raised, in the 14th indiction.” 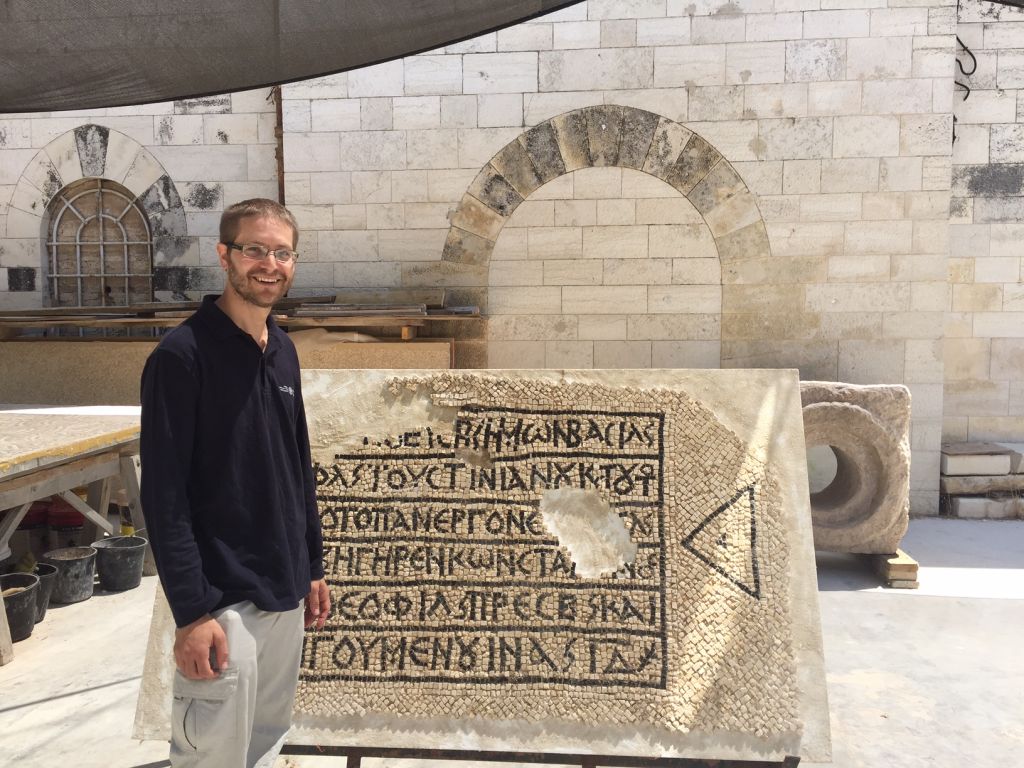 After three days of work on his extended excavation permit Gellman’s team uncovered, in addition to the mosaic, a few remnants of walls of the pilgrims’ hostel, pottery shards of bowls and other vessels, and three Byzantine coins dating from the 6th century.

Di Segni believes the inscription was written to commemorate the founding of the building — presumed to be a pilgrim hostel — by a priest named Constantine. The word “indiction,” said Di Segni, “is an ancient method of counting years, for taxation purposes. Based on historical sources, the mosaic can be dated to the year 550/551 CE.”

The inscription was found on a road leading to the Damascus Gate, the main northern entrance to Jerusalem in the period surrounding the era of the charismatic emperor Justinian. Also known as Justinian the Great, the monarch was considered the “last Roman emperor” for his desire to revive the vast strength and greatness of the Roman empire. It was under Justinian that the Byzantine empire completed its conversion to Christianity.

According to Gellman, the foundation of the hostel by Justinian on the Damascus Road points to the importance of Jerusalem in the empire. (full story TimesOfIsrael)