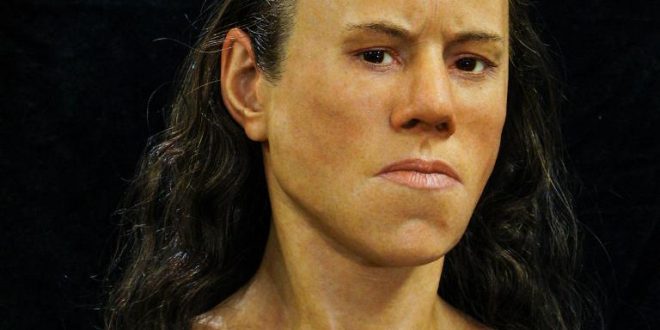 “Avgi”, the girl that lived 9,000 years ago: Greek and Swedish experts reconstruct her face

January 20, 2018 Archeology, Culture Comments Off on “Avgi”, the girl that lived 9,000 years ago: Greek and Swedish experts reconstruct her face 8,999 Views

Archaeologists called her Avgi – Dawn – because she lived at the dawn of today’s civilization. Last time anyone saw her face was nearly 9,000 years ago.  She lived in Thessaly, Central Greece, at the end of the Mesolithic period around 7000 B.C. Greek and Swedish scientists reconstructed her face and presented it to the public at an event at the Acropolis Museum on Friday. 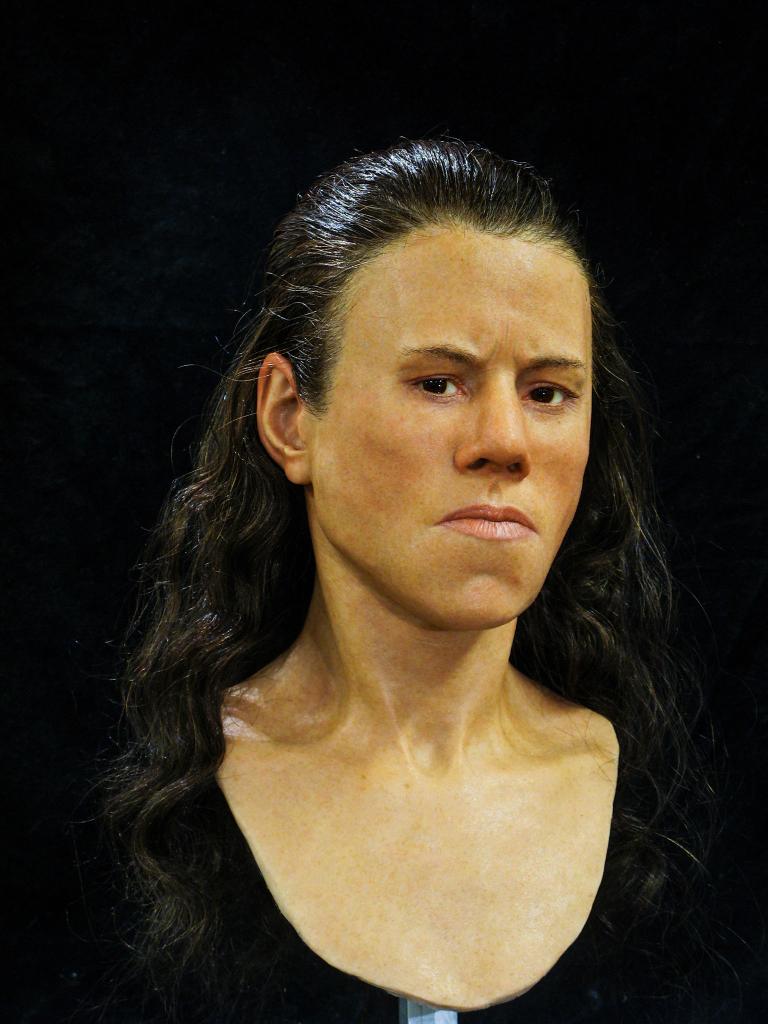 The skull of Avgi was unearthed in 1993 at Theopetra cave, a site in central Greece which has been occupied continuously for some 130,000 years. 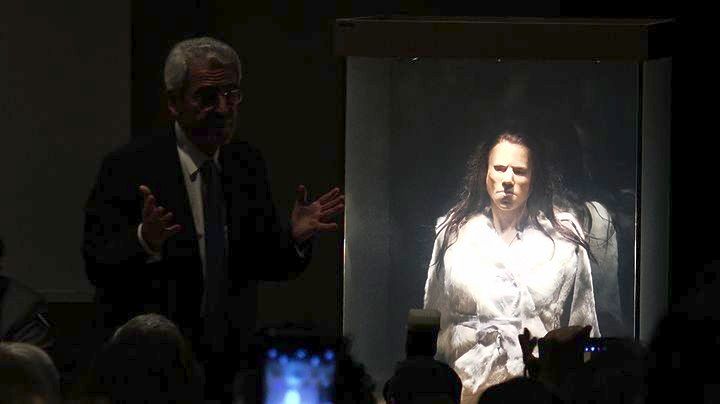 In English, Avgi translates to Dawn—a name archaeologists chose “because she lived during what’s considered the dawn of  today’s civilization,” Nina Kyparissi-Apostolika, Dr. for Prehistoric Archeology and director of the excavations of Theopetra Cave said during the event.

According to the excavations director, studies showed that she was between 18 and maximum 25 years old, she had a height of 1.57 m and mild alterations of inflammation, possibly anemia and / or scurvy, but also a remarkable dimpled chin.

“Bones studies estimate the date she lived at 8070 BC,” Kyparissi-Apostolika noted.

Little is known about how she lived and died, but now archaeologists can see the ancient woman’s prominent cheekbones, heavy brow, and dimpled chin. At the end of the Mesolithic period, the region of Thessaly was transitioning from a society of hunter gatherers to one that began cultivating its own food. 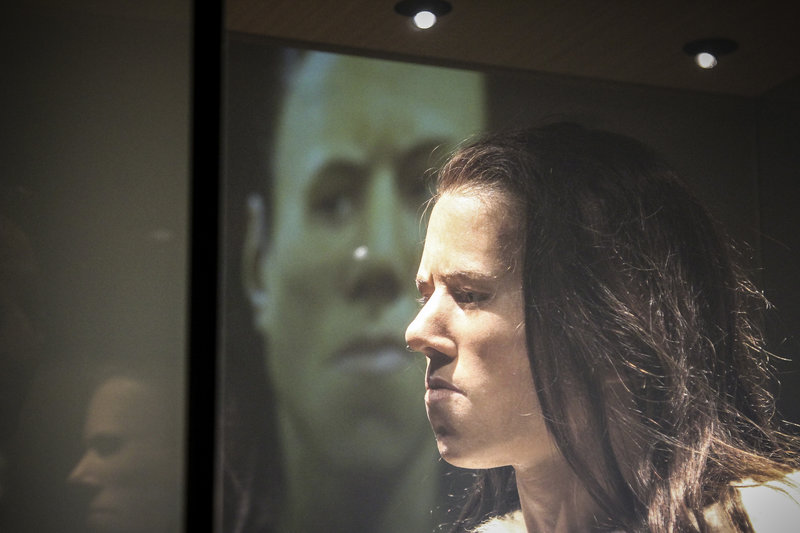 To reconstruct her face was no small feat. An endocrinologist, orthopedist, neurologist, pathologist, and radiologist were all needed to accurately reconstruct what Avgi would have looked like. The reconstruction team was led by orthodontist Manolis Papagrigorakis, who noted at the museum event that while Avgi’s bones appeared to belong to a 15-year-old-woman, her teeth indicated she was 18, “give or take a year,” said Papagrigorakis.

In addition to the team of doctors, the university worked with Oscar Nilsson, a Swedish archaeologist and sculptor who specializes in reconstructions.

Researchers take a CT scan of the skull, and a 3D printer then makes an exact replica of the scan’s measurements.

“Onto this copy pegs are glued, reflecting the thickness of the flesh at certain anatomical points of the face,” Nisson  says.

This allowed him to flesh out Avgi’s face, muscle by muscle. While some of her features are based on skull measurements, others, like skin and eye color, are inferred based on general population traits in the region.

It’s not the first time Papagrigorakis, Nilsson, and the University of Athens team has brought an ancient face back to life. 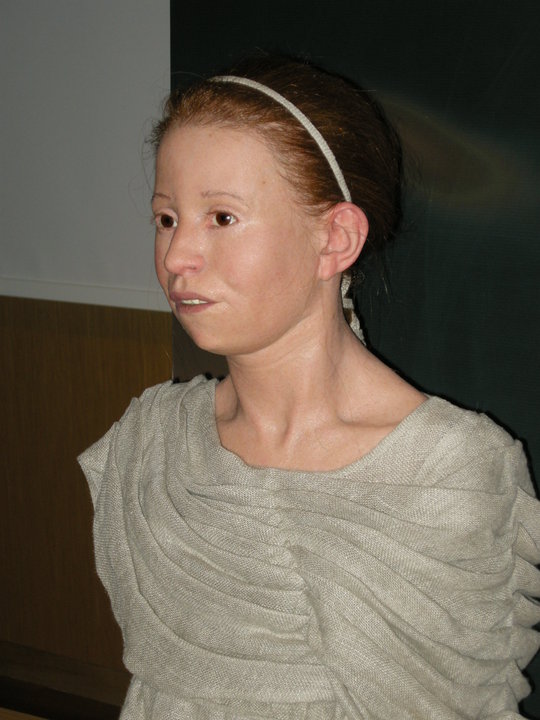 In 2010, they reconstructed the face of an 11-year-old Athenian girl named Myrtis who lived around 430 B.C and died of typhoid fever in Athens.

In the almost 7,000-year period between Avgi and Myrtis, facial structure appears to soften.

Not much is known about the circumstances of Avgi’s death.

The Cave of Theopetra, just 4 km away from Meteora is indeed a very unique archeological site, mainly because it has revealed many of our early history secrets, like the finding of the oldest known man-made structure on earth. 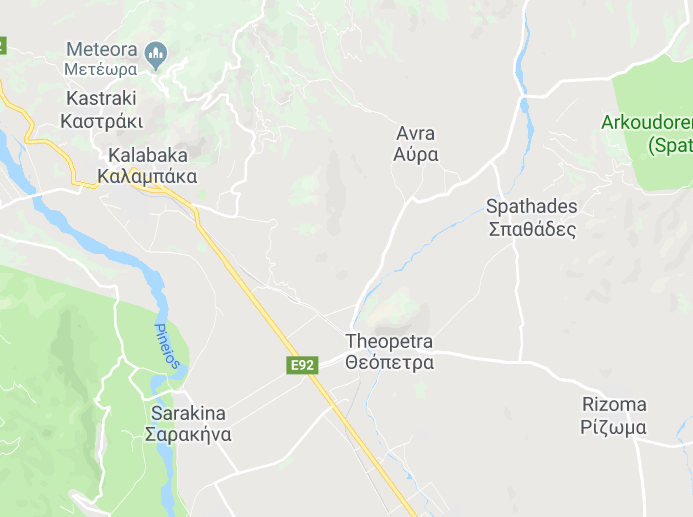 This unique cave with its great location, its superb access to fresh clean water and its vantage point, it served like a magnet for those early inhabitants who could recognize from miles away such key advantages. So those early human settlers used it continuously for more than 130.000 years.