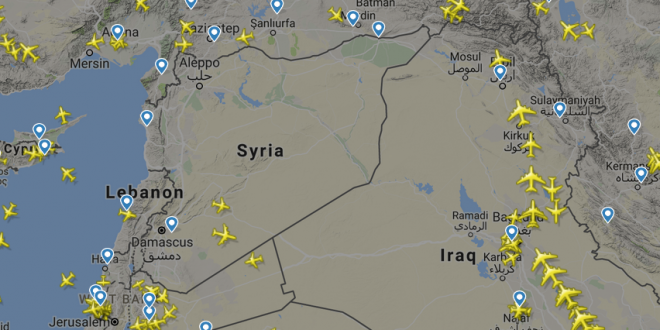 Pan-European air traffic control agency Eurocontrol on Tuesday warned airlines to exercise caution in the eastern Mediterranean Sea due to the possible launch of air strikes into Syria in next 72 hours. Eurocontrol said that air-to-ground and/or cruise missiles could be used within that period and there was a possibility of intermittent disruption of radio navigation equipment. 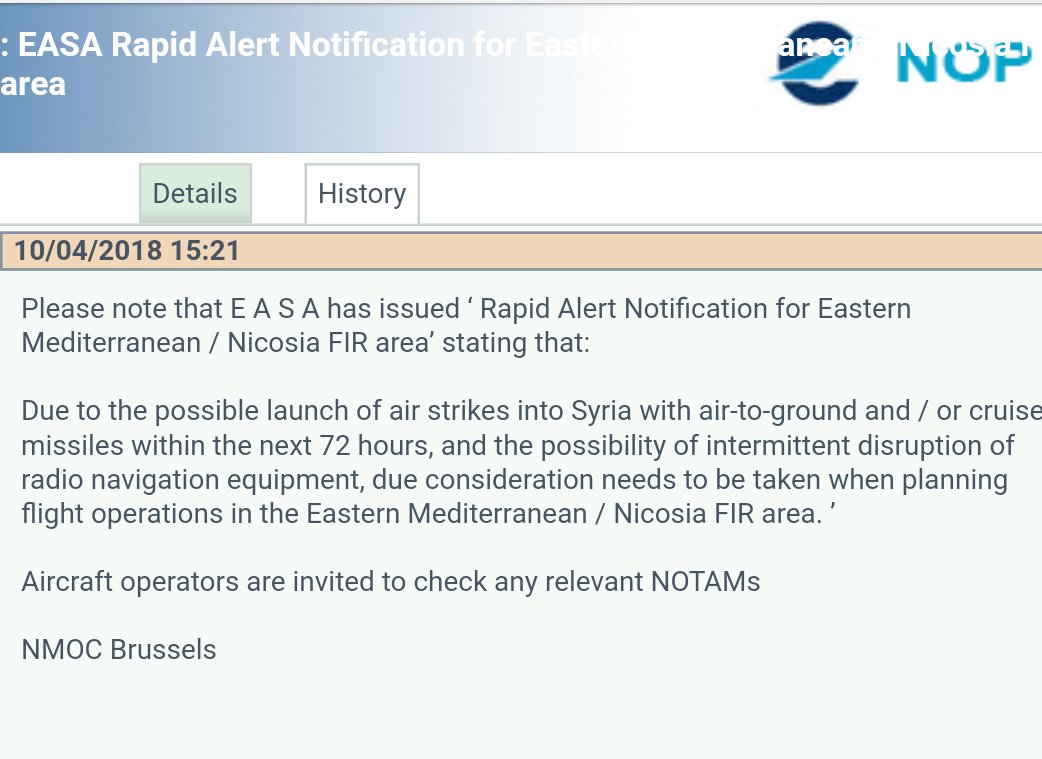 U.S. President Donald Trump and Western allies are discussing possible military action to punish Syria’s President Bashar Assad for a suspected poison gas attack on Saturday on a rebel-held town that long had held out against government forces.

Trump on Tuesday canceled a planned trip to Latin America later this week to focus instead on responding to the Syria incident, the White House said. Trump had on Monday warned of a quick, forceful response once responsibility for the Syria attack was established.

The Eurocontrol warning on its website did not specify the origin of any potential missile threat.

“Due to the possible launch of air strikes into Syria with air-to-ground and/or cruise missiles within the next 72 hours, and the possibility of intermittent disruption of radio navigation equipment, due consideration needs to be taken when planning flight operations in the Eastern Mediterranean/Nicosia FIR area,” it said, referring to the designated airspace.

Aviation regulators in countries including the United States, United Kingdom, France and Germany have previously issued warnings against airlines entering Syrian airspace leading most carriers to avoid the area.

The only commercial flights above Syria as of 1:15 am GMT on Wednesday were being flown by Syrian Air and Lebanon’s Middle East Airlines, according to flight tracking website FlightRadar24.

The Eurocontrol statement included a broader area outside the airspace controlled by Damascus.

The Nicosia flight information region named in the Eurocontrol statement on Tuesday covers the island of Cyprus and surrounding waters, according to a map on the agency’s website. The same map did not designate any specific territory as being the “Eastern Mediterranean” region.

There has been heightened awareness by regulators and airlines of the risks that conflict zones pose to commercial jets since Malaysia Airlines flight MH17 was downed by a surface-to-air missile over Ukraine in 2014, killing all 298 people on board.

Last year, North Korea tested missiles without warning, leading some airlines to re-route flights to avoid portions of the Sea of Japan.

Eurocontrol’s warning cited a document from the European Aviation Safety Agency, Europe’s safety regulator, a copy of which was not immediately available. reuters 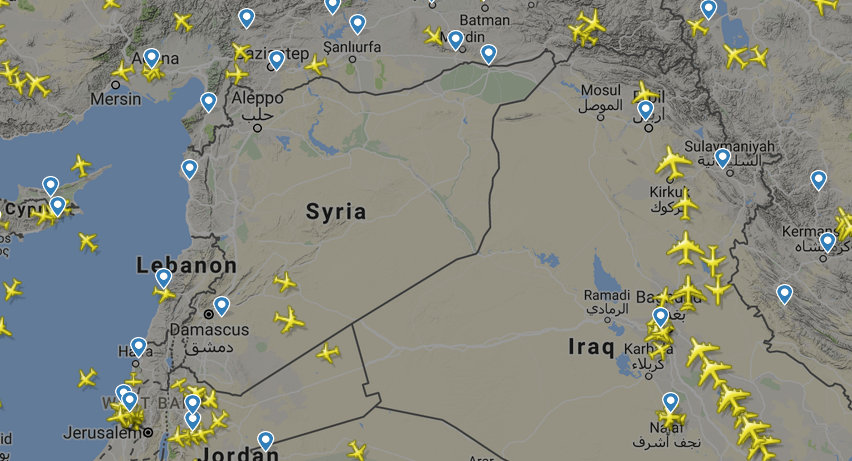