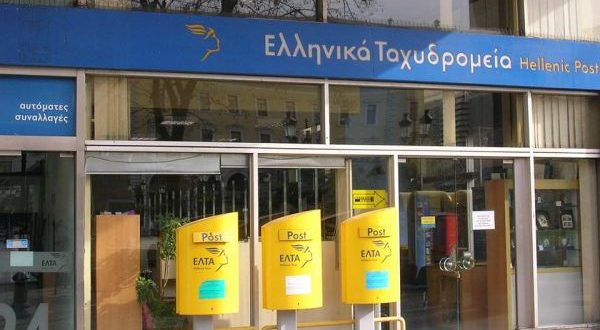 Thousands of Greeks appear to have debts to Public Power Corporation (DEH) although they have paid their bills in time. Not only have they been deprived of the 15% discount for payment on time, they are also at risk to have the power supply in their homes and businesses cut. The reason for this weird situation is that they have paid the PPC-bills at the counters of the Greek Postal Service ELTA that had deliberately withheld the money and did not give it to PPC!

Consumers leave the post offices holding their payment receipts, in full peace at having settled their dues to PPC, and those paying in time also expect the 15 percent discount that the power giant grants. However when the next bill arrives the amount already paid appears as overdue arrears that have also been topped up with interest, while the discount is also lost – to say nothing of the threat for getting disconnected, daily kathimerini reveal on Friday.

In the last few weeks thousands of PPC consumers have called in at the utility’s branches asking for explanations and for the settlement of their arrears.

PPC acknowledges the problem as serious for its clients. “This is a really difficult issue which we will tackle immediately,” a PPC official tells Kathimerini.

The directive given to PPC branches for now is to issue pay slips asking consumers to pay only the sum of the latest bill, though this does not respond to the problem of the loss of the discount or the penalties imposed through interest.

PPC had faced a similar problem with ELTA last year, when the amount due to the utility had come to 19.5 million euros. That was eventually paid after a letter of warning that PPC sent to ELTA, threatening with a recourse to justice.

PPC has commissioned ELTA to serve power customers for the payment of bills for an annual fee of 20 million euros. PPC offsets that amount with the cash that ELTA withhold, but the problems for consumers remains unresolved.

About a year ago ELTA attributed the withholding of the money of PPC consumers to problems in the online interbank transaction system and the lack of liquidity. What does emerge now is that the mail company has found a particularly improper way to plug its financial holes, and suggests that its cash problem stems from the debts of the wider public sector to ELTA.

Kathimerini asked ELTA why it continues to withhold PPC consumers’ cash, but its management refused to answer, stressing that “the ELTA chairwoman cannot respond to every single query that comes up.”

The newspaper did not revealed the total amount of money, the ELTA is withholding.

According to ANT1 TV, the ELTA briefs the PPC about the paid bills with two months delay.

However, the customers ought to have a payment receipt with the exact date of payment.

Especially elderly Greeks are used to pay their bills through the ELTA and this habit comes from the times when no utility offices were in every village, small town and big city. The ELTA offices offered a service for bills especially in remote areas.

Why the PPC does not cuts its agreement with ELTA? For the same reasons as above.

Read Also: What to do if you’ve paid PPC bill at ELTA in order to clear debt and secure the 15% discount for payment in time.