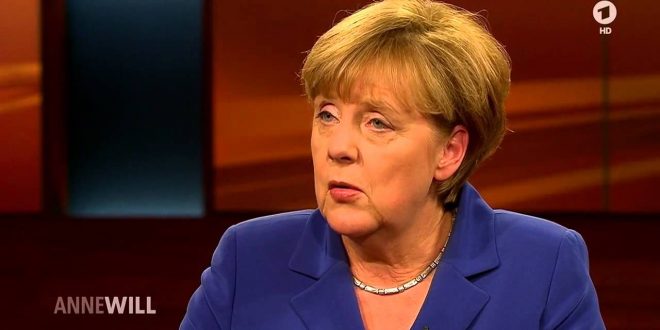 German Chancellor Angela Merkel defended the harsh austerity policies implemented in the debt-ridden countries of the euro zone claiming she did “the right thing.” She even presented herself as a “victim”, complaining about being target of insults in Greece and Portugal. In a self-righteous and self-pity performance, she insulted the millions of struggling Greeks, Portuguese, Spanish and Irish claiming that she suffered from the insults but in the end she managed that the austerity-ridden Europeans  started to like her like again.

“If you look at Ireland, Portugal … Spain [things] are better and even in Greece things are improving,” Merkle said in an interview with the German state broadcaster ARD on Sunday night.

She complained that she received a lot of insults in Greece and Portugal for “doing the right thing,” with regards to the euro crisis, as she claimed.

Claiming that German investment in Portugal was due to “shortage of specialized staff in Germany,” Merkel defended her disastrous policy in the usual self-righteous way with a bold touch of self-pity:

“So sometimes you have to go through a difficult period of time to become sympathetic again. You have to do the right thing. And during the crisis in the eurozone, I also got many opponents. But I think that if you look at Ireland, Portugal, Spain [things] are better and even in Greece things are getting better, ” she insisted.

Of course, Merkel was addressing the German public that is obviously very concerned about the hardship and the suffering of its Chancellor trying to do the right thing. Thank Goodness, every child and grandpa, every jobless mom and low-paid dad in the crisis countries now likes if not loves Merkel. 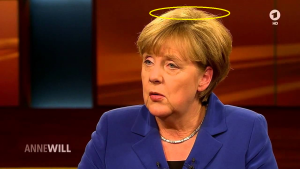 Phew! The image of the Good German is restored across the austerity-ridden Europe…

BTW: Merkel and the managing director of the international Monetary Fund, Christine Lagarde, are scheduled to meet in Berlin at 5:00 pm local time on Monday to discuss the Greek debt and the role of the IMF.