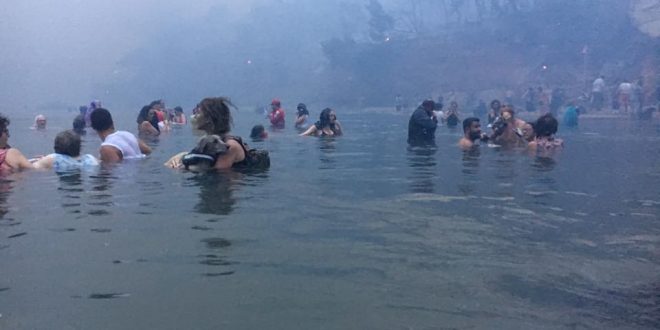 The flames come dangerously close at the small Mati beach.

The thick grey smog covers the area like a huge blanket. The atmosphere is suffocating, as the blaze swallows precious oxygen.

Toxic fumes from burned cars and other materials fill the air. The heat is unbearable.

“Even the sea was warm” some fire survivors say.

Desperate people are standing the water for hours waiting for help.

With immense power and an endless will for survival,  they hold above the water their beloved ones.

A child, a dog, a box with a cat. A fire survivor told media they were holding their 22-year-old baby for more than four hours above the water. 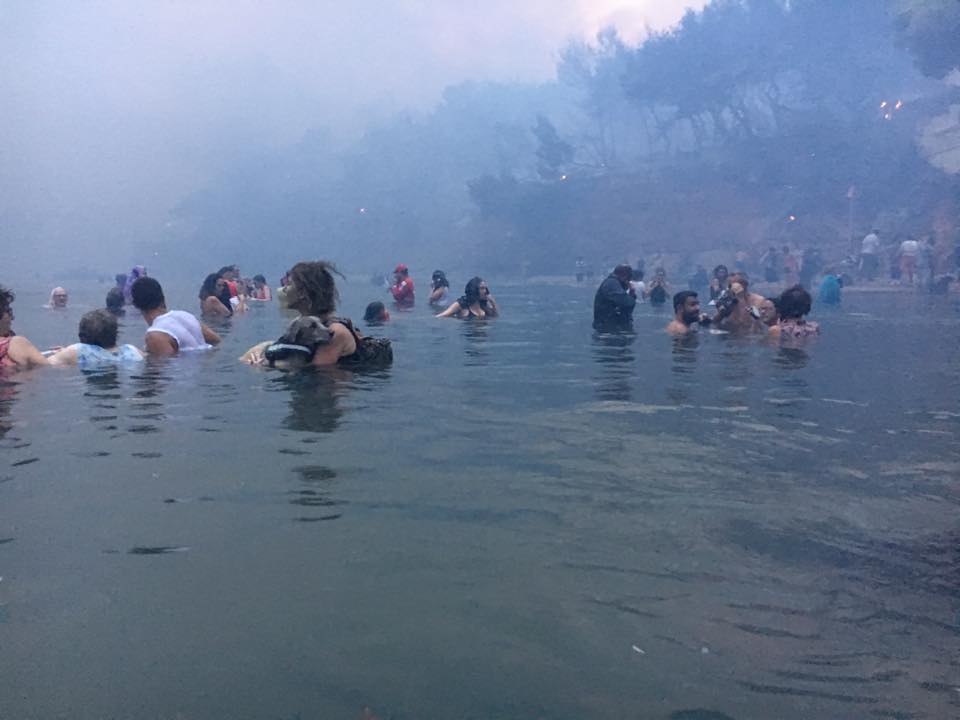 They support an elderly to avoid drowning. Couples, friends, families, neighbors … they hold each other tight 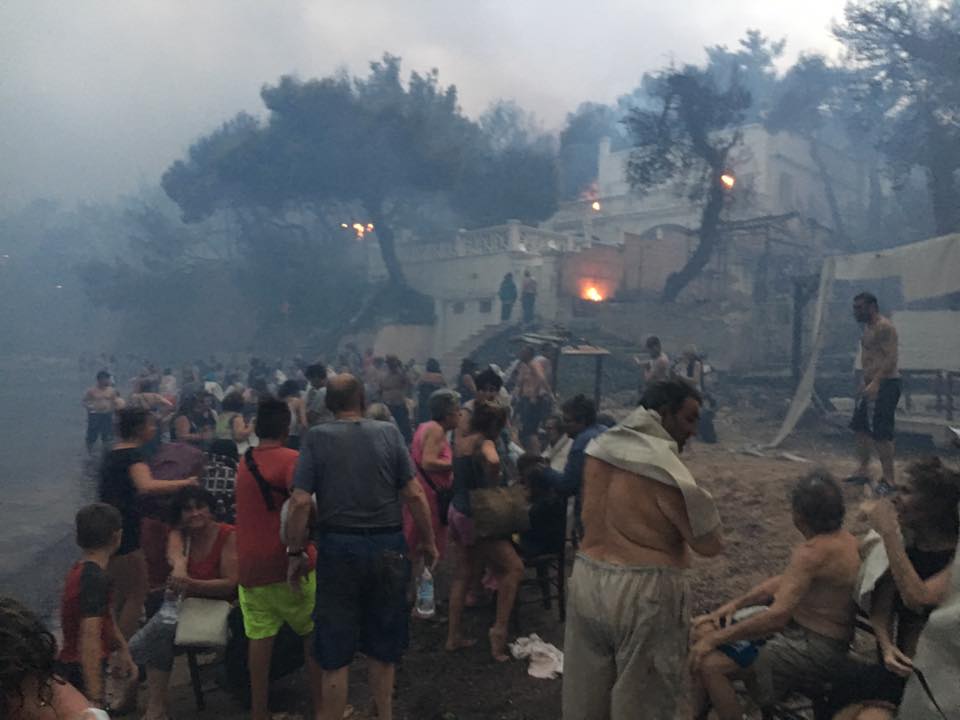 Dozens have come to the beach as soon as they could in order escape the fire. 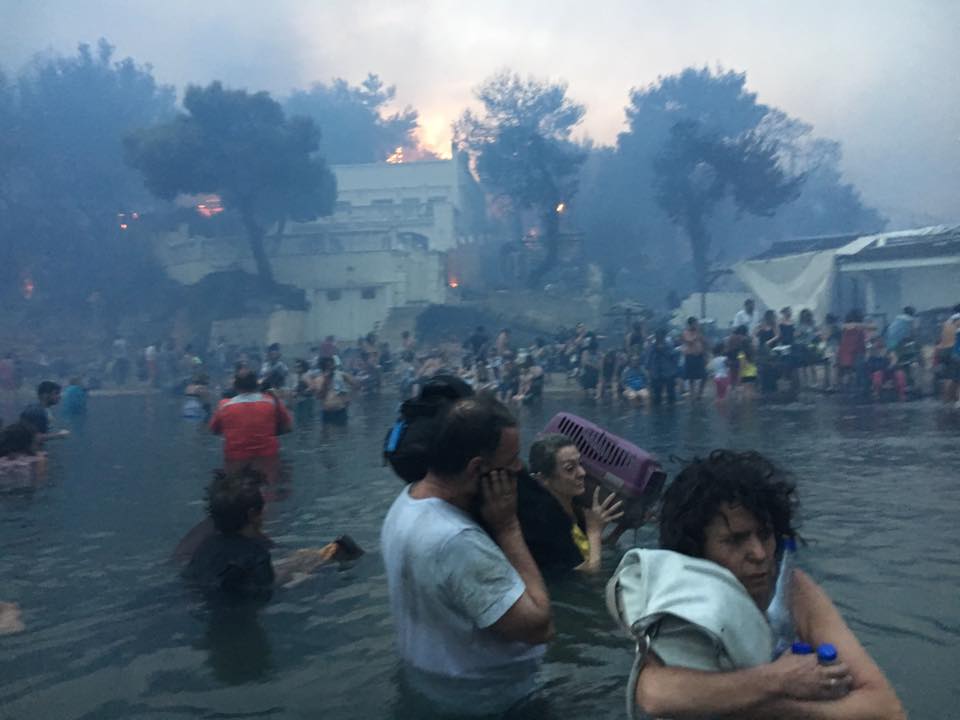 Also here, young and old, hold on in despite asking “Will somebody ever come to save us form the nightmare?”

Many have wrapped a wet scarf or a t-shirt around their face to avoid inhaling the toxic air.

Fire survivor Elia Kallia posted pictures and footage on Saturday, 28. July 2018, urging people to share the material for the case relatives and friends still seeking for their missing beloved ones.

“We lived the hell and the death,” Kallia wrote on her post.

Seven days after the unprecedented disaster and neither the government nor authorities have published data about the dead and the missing.

One day it is said the “death toll is officially 88,” the next day it is claimed “the number of dead is 87.”

From the 86 bodies examined at the morgue in Athens, 56 have been reportedly identified so far. Many via DNA tests with surviving family members.

The pictures of 20 people are still posted Sunday morning on the missing people platform.

Are these missing people among the 88 bodies examined by the morgue authorities and the results?

Hashtag #Πόσοι_είναι_οι_αγνοούμενοι #How Many Are Missing is trending on Greek Twitter on Sunday.

Some claim the missing are dozens or even one to two hundred.

However, no new missing posts have been posted on Twitter and Facebook in the last three days.

Greeks are mourning, are angry and cannot hold back their impatience. 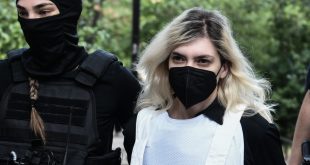