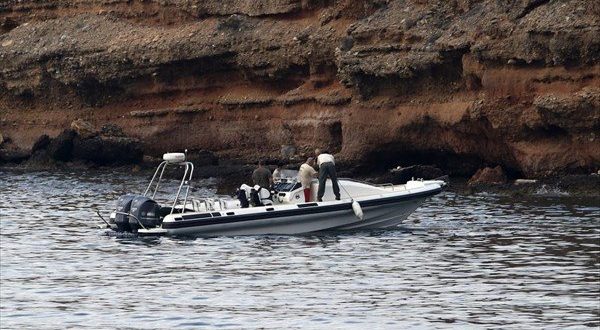 One more body recovered in Mati, death toll increases to 92

One more body was recovered from the sea area in front of Kokkino Limanaki of Mati on Monday afternoon, a full week after the deadly blaze swept through East Attica, North-East of Greek capital Athens. Death toll has increased to 92 although there is no official confirmation.

According to preliminary media information, the body was charred and most likely belonged to a man.

As the tragic news was broadcast short before 6 o’ clock Monday afternoon, media reports are confusing about where the body was found.

majority of media report that the body was found by a diver at the bottom of the sea about one nautical mile off  Kokkino Limanaki.

The body was discovered by the Coast Guard and men of the Special Underwater Units.

Hundreds fled to the beach and the port area of Kokkino Limanaki in a desperate effort to escape the lethal blaze.

Some stood for hours in the sea holding their beloved ones above water. Others had to spend up to 8 hours waiting for help on a rocky beach.

And some simply did not make it. As they tried to find rescue in the sea, they got trapped in the flames, as illegal construction or the cliffs would hinder access to the water.

Transfer to the morgue in Athens and DNA tests will prove whether the body belongs to one of the 25 people declared missing by their relatives.

On Sunday the Fire Service said that the number of people still missing were 25.

The Forensics Department has concluded examination and identification of  59 bodies, while for 28 more bodies was still due. The Forensics Dept had herewith 87 bodies in the morgue.

While the Fire Service said it was not in position to give the death toll, it said that four people had died in the hospitals.

On Monday media reported that 5 more bodies were identified.

The Coast Guard had been conducting search in the area along the coast of East Attica but also in the broader area of the south Gulf of Evia.