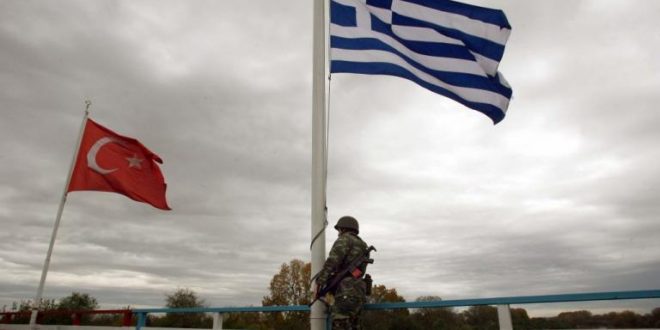 The Turkish journalist, aged 45, has been on a hunger strike since the start of June, in protest to the the court decision, state news agency amna reported.

The Turkish government has issued an arrest warrant against Kaya to serve a remaining prison sentence after he was found guilty of by a Turkish court for participating in an illegal organization.

Turgut Kaya, a suspected member of the outlawed Revolutionary People’s Liberation Party-Front (DHKP-C) was arrested in February while trying to enter into Greece.

A Greek court on June 1 ordered the extradition of the suspected “far-left terrorist” to Turkey.

Despite an Interpol red notice against him, Kaya’s application for asylum was accepted on July 21, notes Turkish newspaper hurriyet.

According to Greek judicial procedures, a final decision on extradition should be made by the Justice Minister.

Turkey’s Foreign Ministry issued a statement in which it accuses Greece for protecting terrorists.

“You supported Ocalan*, now you give asylum to terrorists,” the statement said and urged Greece to “respect relations of good neighborhood and the laws.”

*Abdullah Öcalan is a Kurdish nationalist leader and one of the founding members of the militant Kurdistan Workers’ Party PKK. He was arrested in 1999 by the Turkish National Intelligence Agency (MIT) with the support of the CIA while he was being transferred fromm the Greek embassy in Nairobi, Kenya, to the international airport.