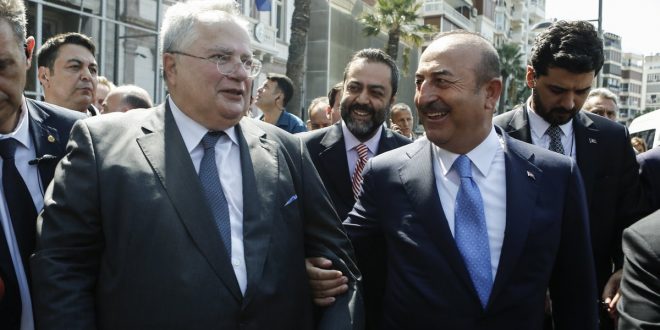 The more Turkey is economically cornered, the ruder its “diplomacy” becomes

September 4, 2018 Editor, Politics, Turkey-GR Comments Off on The more Turkey is economically cornered, the ruder its “diplomacy” becomes 823 Views

The inauguration of the renovated Greek Consulate in the coastal city of Izmir was anything but a well prepared show by Turkey to challenge Greece. Not only did they stage a “show of power” with Turkish aircraft; the chief of Turkish diplomacy dared challenged Greek Foreign Minister Nikos Kotzias who had flown to the neighboring country as a guest.

Ankara brought up the issue of the 8 Turkish servicemen who fled to Greece after the failed coup in summer 2016 and were granted political asylum.

Kotzias added “What we have are the procedures of Law and International Law,” but he refrained from explaining to his counterpart the ABC of Law. 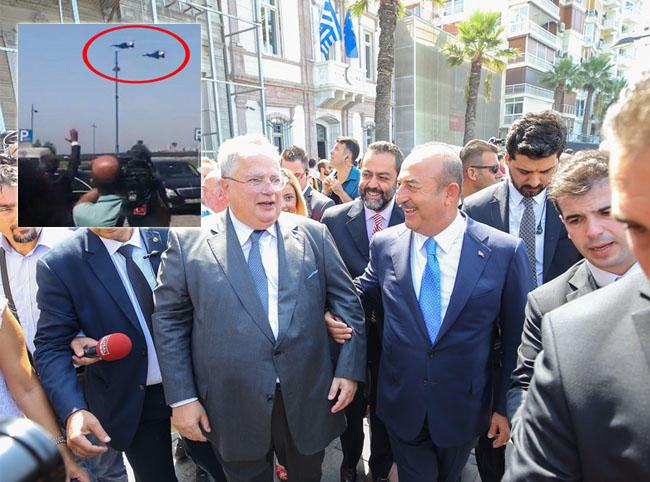 As the two ministers were cutting the inauguration band, a loud sound was heard from the sky. A pair of Turkish fighter jets were on relative low fly in the Gulf of Izmir and made their presence very .

The Turkish side claimed that the flight was “rehearsal for an air show.”

Everyone wondered if it was some kind of secret and coarse Turkish-symbolism to have the rehearsal coincide with the inauguration to the Consulate and the official visit of Nikos Kotzias.

Did Turkey want to remind Greece that despite the friendly relations between the two countries Ankara will keep sending its aircraft to violate Greek airspace?

The Turkish Foreign Ministry, its awkwardly rude diplomats from top to bottom and the army’s general staff will take the secret in their graves.

Fact is the more Turkey is economically cornered and collapsing, the ruder its political leadership becomes and its “diplomacy” has turned into a real farce.

I might have lost all my good manners two had I seen that my country’s annual inflation hit 18% in just one month, from 15.9% in July.

The helicopter carrying Deputy Defense Minister, Nikos Hardalias, to the island of Agios Efstratios was …