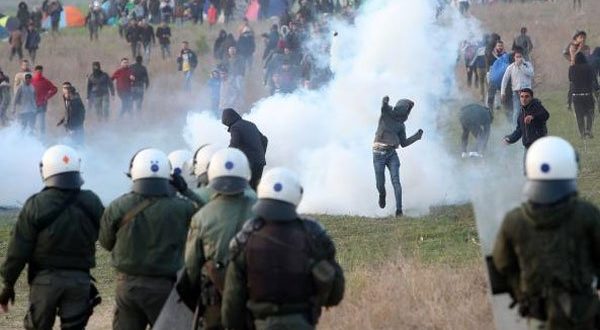 New clashes erupted on Saturday between refugees and Greek police in Diavata, Northern Greece, with dozens of people demanding to be allowed to leave the area and walk to the borders with North Macedonia.

Protesters started to throw stones at police that responded with tear gas. One photographer was slightly injured in the head when he was hit by a hurled stone.

Three men have been detained. 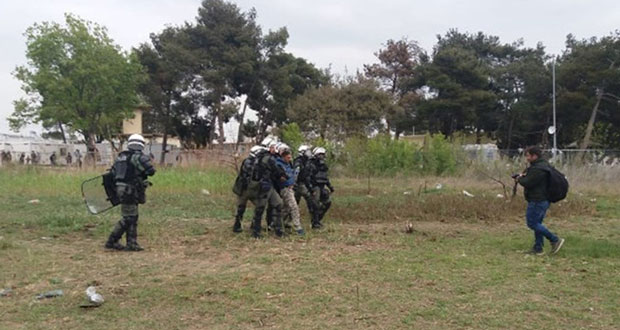 Among them is one 40-year-old police believes he incited the clashes.

Several hundreds of asylum-seekers and migrants set a makeshift camp outside the official accommodation center in Diavata on Friday following a false rumor that the borders to North Macedonia would open and they could go to Germany.

Others flocked to central train station in Athens demanding to be allowed to get on the trains to Thessaloniki. They were holding tickets they had bought for this purpose.

In their new effort to leave Greece on Saturday, young men were shouting “Open! Open!” and “Germany!”

Stuck in Greece due to the EU deal, many refugees are desperate and want to unite with their families in Germany.

According to media reports, previous to the clashes Saturday noon, some of the refugees especially families with children had started to make use of the buses available and leave the area of Diavata. 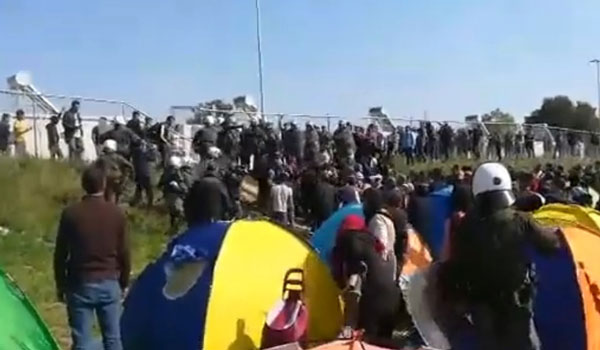 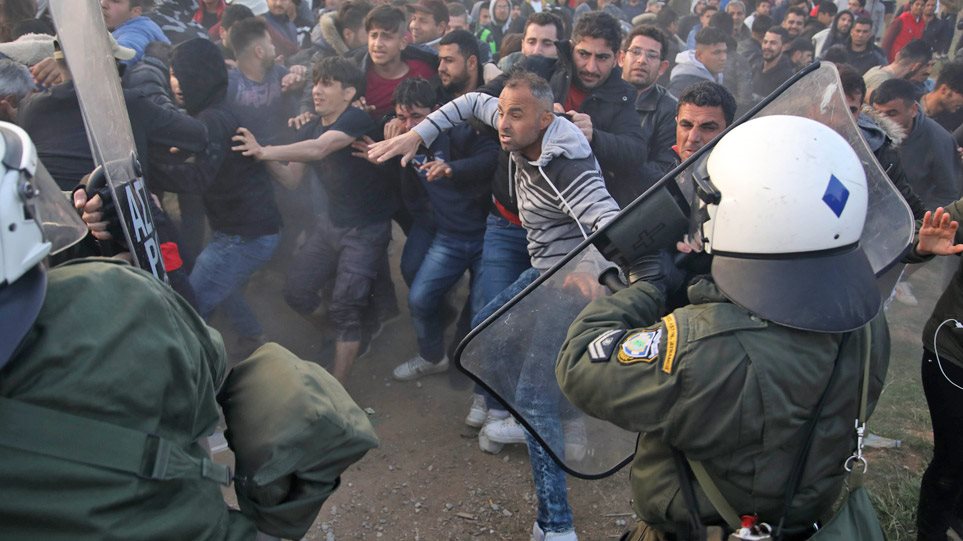 The Migration Ministry wants to get rid of the problem and say that by Sunday Diavata will be empty from the protesters.

Greek authorities have made it crystal clear that the borders will not open.

Now, many wonder who took advantage of the refugees’ hopes and incited them to move to Diavata from many areas across Greece and stage protests that bring nothing.