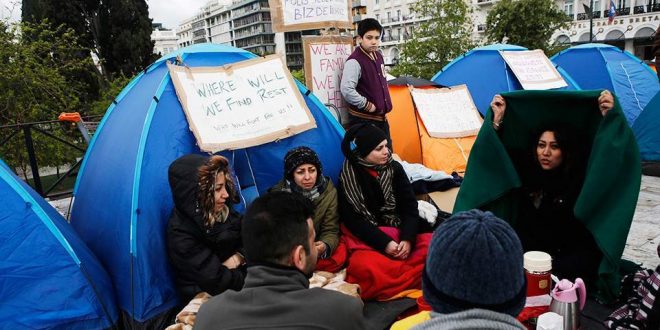 Negotiations have begun early Saturday morning between police officers and about 50 refugees who set up tents at Syntagma Square in downtown Athens on Friday afternoon.

Families with small children have camped opposite the Greek Parliament with placards and card-boards with slogans reading “Why do you force us to stay in tents when there are so many empty buildings” and “We are families, we want help”. 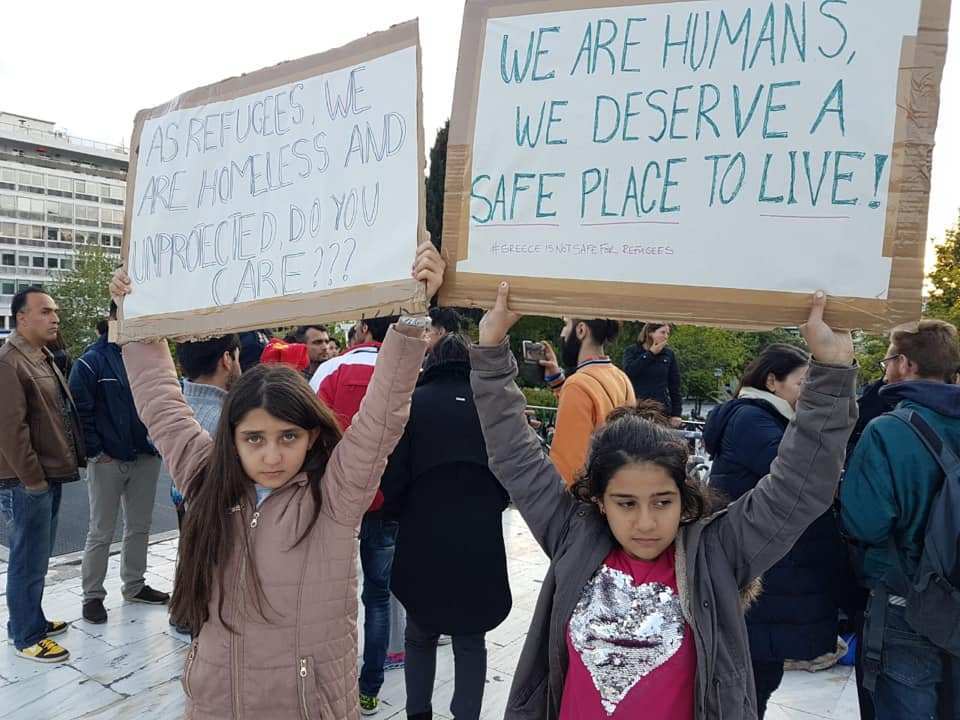 The refugees and immigrants had previously resided in buildings occupied in the district of Exarchia and were evacuated in the latest police operation during the week. 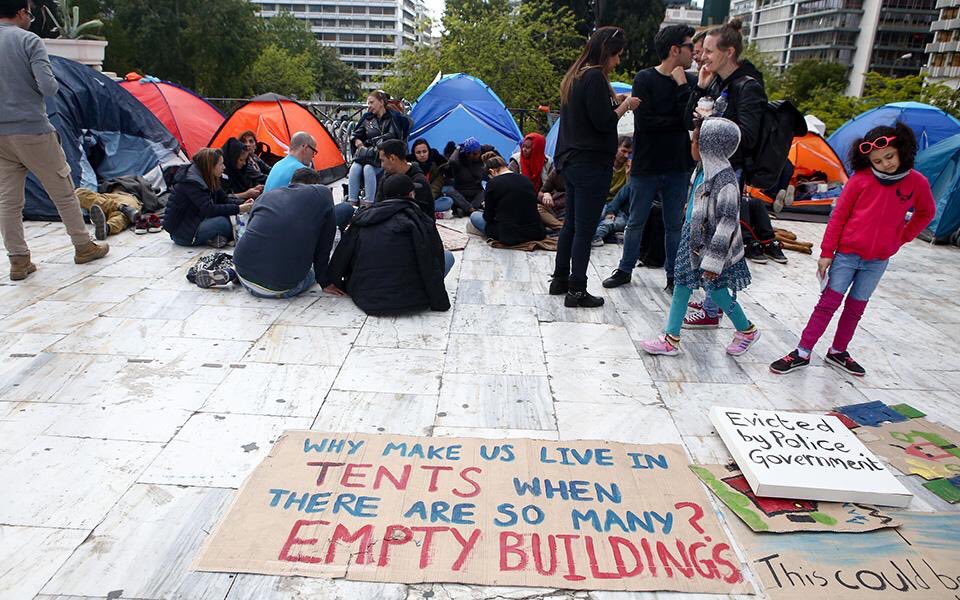 They refuse to be transferred to hospitality structures as requested by police officers.

At the point of the morning there are negotiators with interpreters and a bus ready to transport them. 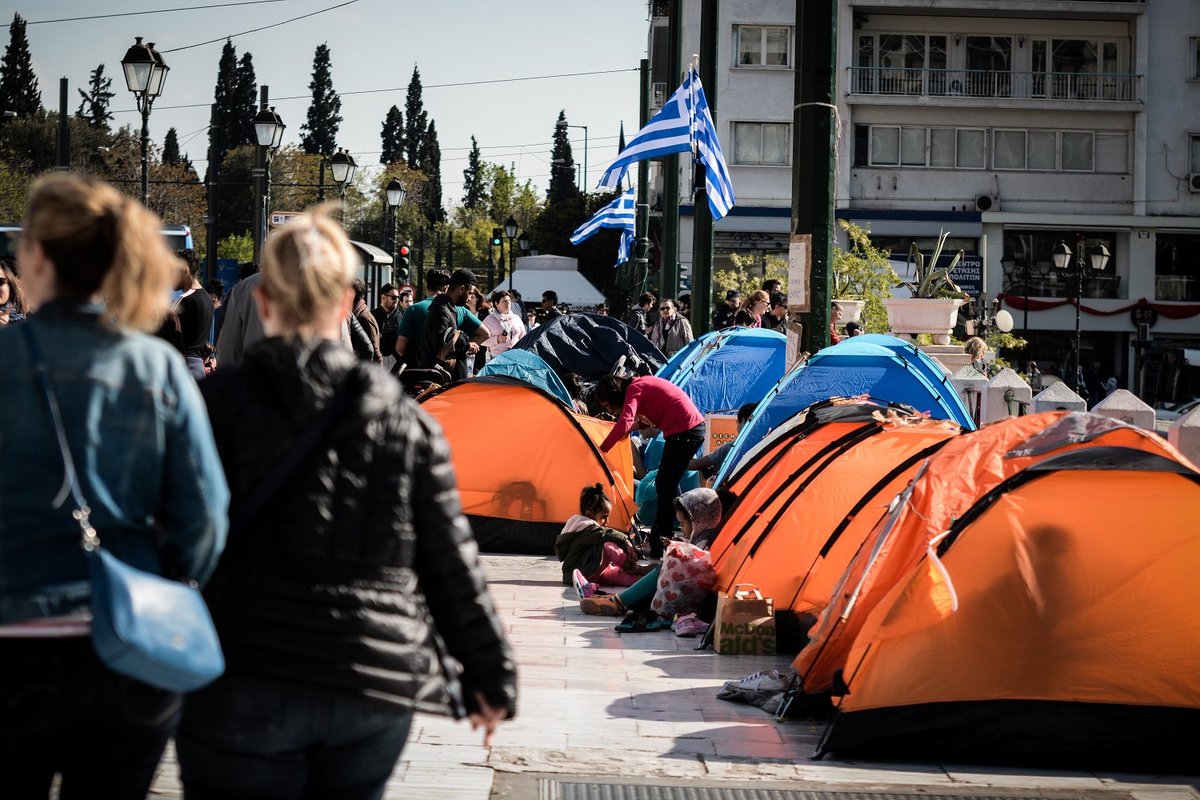 After long negotiations, by afternoon the protesters had agreed to move to the Elaionas accommodation camp. 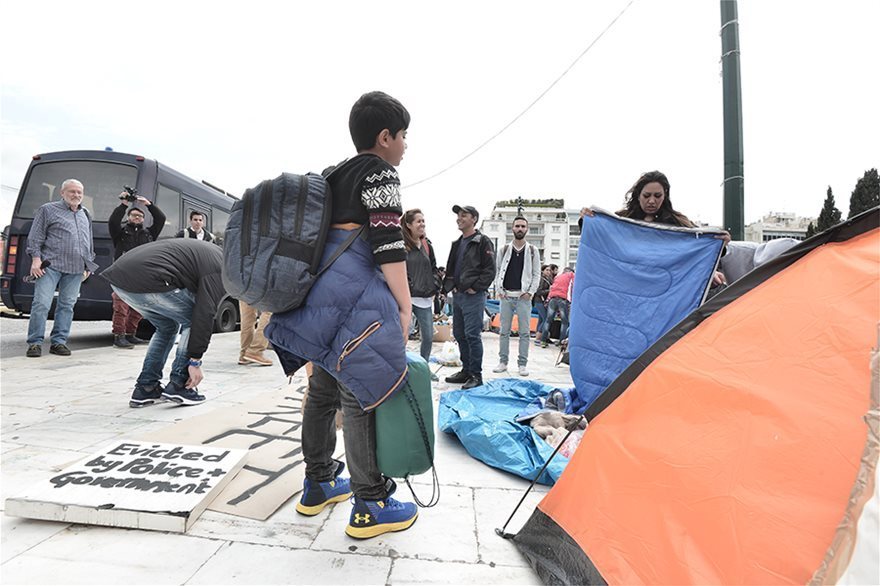 Migration Minister Dimitris Vitsas urged them to leave Syntagma Sq telling them that “they create a negative image about themselves in the Greek public opinion.”