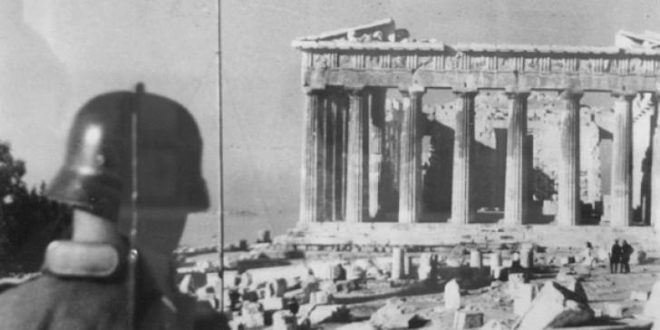 Athens has officially called on Berlin to come to the negotiations table with regards to the German WWII reparations including the enforced loan during the occupation by the Nazis April 1941- October 1944. And not only. According to the Greek Foreign Ministry, Athens has claims also from the WWI.

It is the first official step Greece takes in this direction after the decision of the Greek Parliament in April.

The Greek Ambassador to Berlin has presented a note verbale to the German Foreign Ministry following instructions by the Deputy Foreign Minister Sia Anagnostopoulou.

According to a statement issued by the Greek Foreign Ministry, the Greek government calls on the German side to enter into negotiations to resolve the outstanding issue of Greece’s claims from Germany to pay war reparations and compensations from the First and the Second World War.

“This diplomatic action took place following the discussion at the level of political leaders  at the Plenary of the Greek Parliament on 17 April and in implementation of the decision taken by a large majority, taking into account the Inter-Parliamentary Committee claiming German debts to our country,” the statement reads.

The Greek claims concern damages and reparations for losses suffered by Greece and its citizens in the First and Second World Wars, war claims for the victims and descendants of the victims of the German occupation, the repayment of the enforced Occupation Loan  and the return of the looted and illegally removed archaeological and other cultural goods. 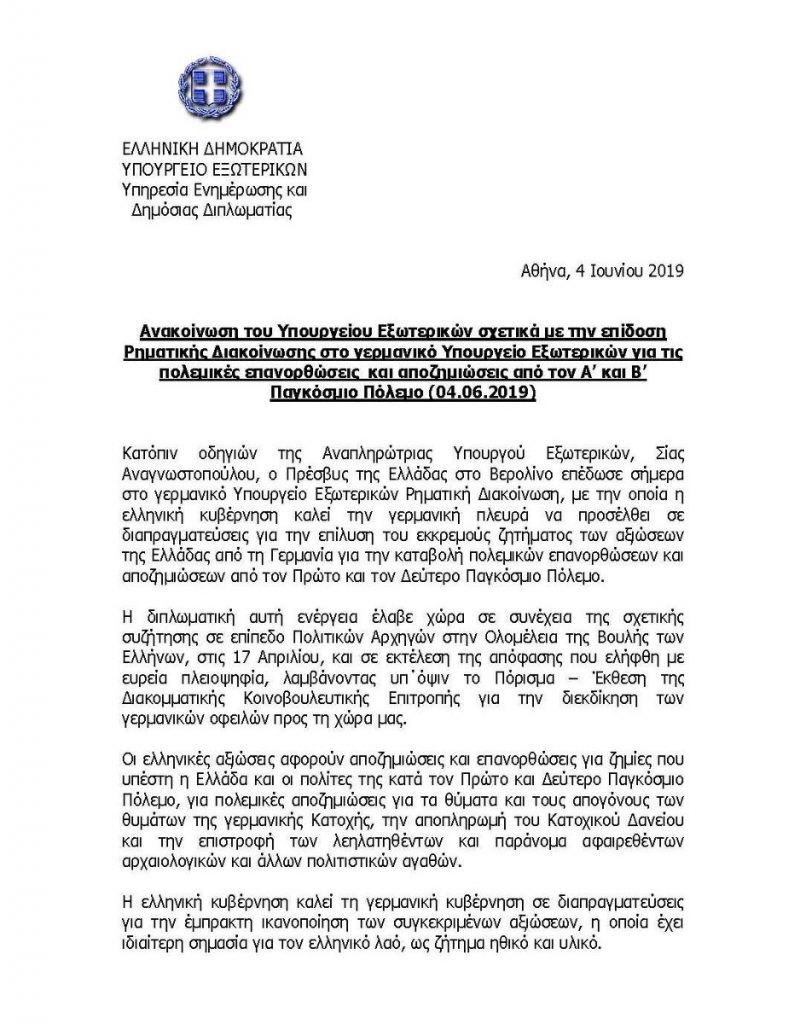 “The Greek Government is calling on the German Government to negotiate the practical satisfaction of these claims, which is of particular importance to the Greek people, as a moral and material issue,” the statement concludes.

The Greek demands are estimated to be over 300 billion euros, including interests. A Greek Parliamentary committee investigating the reparations issue has determined that Germany owes Greece 270 billion euros from damages, looting and enforced loan during the WWI and WWII. Furthermore, it estimated that private claims for the war dead, the executed and invalids during the war would add another 107 billion euros.

Berlin has always responded negative to Greece’s unofficial calls to payment of WWII reparations. There has been so far no reaction from German Foreign Ministry to the Greek note verbale and the call to enter negotiations on the issue.