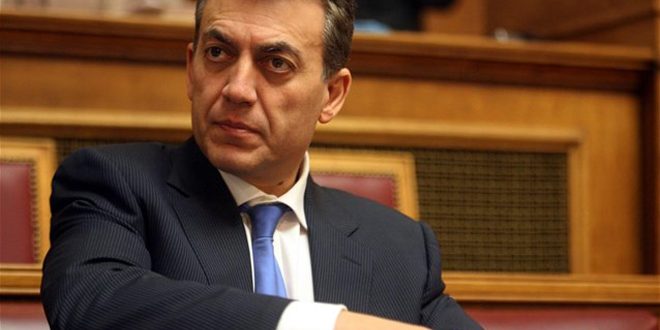 The decision, in fact a circular signed by three SYRIZA ministers for Health, Migration and Social Solidarity was issued on June 20, less than a month than the general elections.

Justifying his decision to block the issue, Vroutsis said that the Issue of AMKA to non-EU nationals will be re-examined and new directives will be published.

The Social security number is essential to access services in Health, Education and Labor.

To the immediate and harsh criticism by SYRIZA that conservative New Democracy will implement harsh policies to services provided to refugees and migrants living in Greece, Vroutsis responded with a tweet:

“A few days before the election, SYRIZA issued an easily disproved circular, opposed to the law that provides AMKA to third-country nationals in arbitrary way. Labor ministry services were opposing this. I abolished it immediately. Our Country is not an unfenced backyard.”

Who said that populism ended with SYRIZA?

The circular is just a clarification of the previous decisions and circulars. As one can see here (in Greek), it refers to the Law of 1. June 2009 (under New Democracy!) that legislated the issuance of AMKA for foreigners.

The circular codifies the legislative framework and does not introduce new regulations.

So what did Vroutsis do? He abolished a …circular. He didn’t even close the borders and therefore in his sense the country remains a “backyard without fence” to use his own words.

Nevertheless, it is the second decision in less than a week since New Democracy came to power that targets refugees and migrants. The first decision was the merge of Migration Ministry with the Ministry for Citizen Protection (Public Order). This also triggered strong reactions by human rights groups.