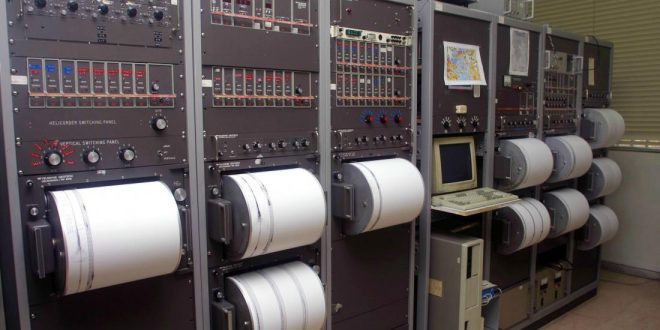 Prominent Greek seismologists agree that the earthquake in Albania cannot activate fault lines in Greece. However, some are concerned about the magnitude of 6.4 R that followed the 5.6 R two months ago.

“There is no risk that the earthquake in Albania triggers earthquakes in Greece,” Seismology professor at the University of Thessaloniki, Konstantinos Papazachos told state-run Athens news agency amna.

He stressed that the fault line of Durres at the Adria coast is a well-known seismic center and its activity is known since the antiquity. Based on existing historical evidence, the first major earthquake occurred in 58 BC with Plutarch mentioning it.

Papazachos said that an earthquake of such magnitude can cause large waves but not a tsunami like in Indonesia.

He attributed the powerful earthquake to the relentless collision of the lithosphere plates of the Aegean and of Apulia.

“The two plates push each other and north of Kefalonia to Albania and Montenegro the Aegean part overpowers that of Apulia by causing strong earthquakes,” he said adding that the Durres fault line has triggered earthquakes of 6.7 R in 1870 and 6.1 R in 1920.

He attributed the collapse of the buildings to the poor quality of construction.

Also the President of the Earthquake Planning and Prevention, Efthymios Lekkas, and member of the Seismic Risk Assessment Committe, Gerasimos Papadopoulos, see no risk for Greece.

Papadopoulos told in.gr that “it is very unlikely that Greece will be affected as the magnitude of the earthquake is not likely to affect neighboring areas.”

For this to happen, the earthquake in the neighboring country “should have been 7 to 7.5 Richter in order to have the possibility to activate fault lines in Greece.”

Lekkas expressed his concern about the magnitude of the earthquake on Tuesday morning, said that he was waiting a strong aftershock around 5.9 R.

Seismologists in Greece are closely monitoring the seismic activity in the area, they consider the tremor in the morning as the “main earthquake”, however, they cannot say with certainty.

Several hours after the 6.4R earthquake a tremor of 5.4R stroke Bosnia, 150 km in the North of the Albanian epicenter.

Seismologist Papadopoulos said that it was most likely triggered by the one in Durres. 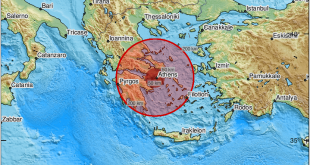