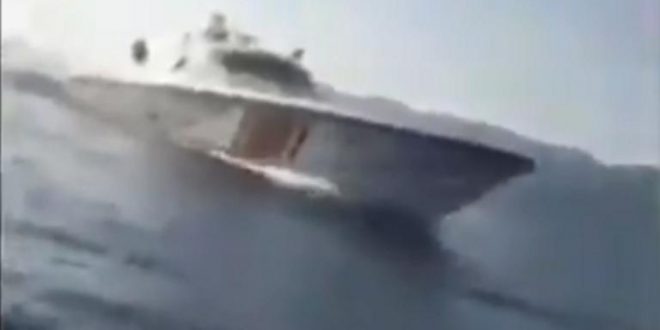 A video shows a vessel of the Turkish Coast Guard trying to ram boat full with refugees. One sees how the Coast Guard is pushing against the bow of the of the migrants’ boat.

Women and children are being heard screaming, several passengers raise their arms signaling that they surrender.

The video was published on social media by a group of Kurds who were expelled from Afrin in Syria.

Date and location is not clear, however, it is most likely that the brutal incident occurred in the Aegean Sea.

The fate of the refugees is unknown.

Turkey’s coast guard has long been accused of taking harsh measures to prevent an estimated 60,000 to new refugees attempting to cross the Aegean and reach Europe.

Video leaked on social media shows a #Turkish coast guard boat ramming into a boat carrying #Syrian refugees in #AegeanSea preventing them from being trafficked into #Greece. Through this harsh measure, #Turkish Coast Guard prevented 60,000 Syrian refugees to go to #EU in 2019. pic.twitter.com/u2xFXr77yE

It is hardly the first time migrant and refugee boats have been rammed during the dangerous trip.