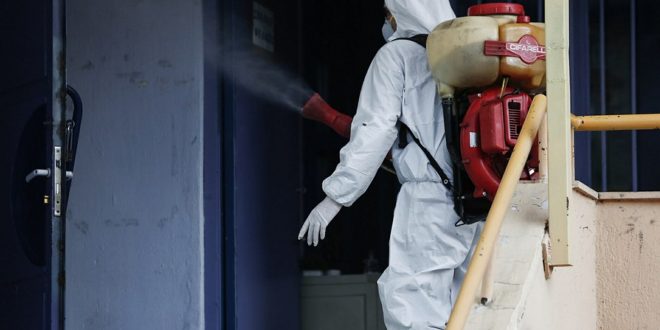 Greece’s Health authorities announced on Wednesday evening preventive emergency measures against the coronavirus for the prefectures of Achaia and Ilia, in Peloponnese, as well as for the island of Zakynthos.

The measures are considered as preventing and are implemented following the latest coronavirus case confirmed earlier today.

The measures are according to instructions of the World Health Organization.

Reason for Greek authorities to go to the next level of protection against the coronavirus, is the latest case of infection, the 9. in the country.

The man had traveled to Israel and Egypt together with a group of 53 people. His co-passengers, aged 27-70,  were not only from his hometown Amaliadia and others towns in Ilia Prefecture in Peloponnese, but also from Zakynthos.

Furthermore, he visited two public hospitals, one in Amaliada and one in Patras, on Monday, March 2.

In the designated hospital in Patras, he can treated for respiratory infection in a regular ward together with other patients and visitors.

He was neither tested on coronavirus nor put in isolation despite that he was suffering from heavy breathing difficulties.

The result of the positive coronavirus test came on Wednesday, March 4.

The patient, a 67-year-old man, is currently in isolation in the designated public hospital in Patras. His condition is considered as “critical.”

Health authorities are still tracing the contacts of the man since he returned to Greece.

According to media, some of his co-passengers and other persons whom he contacted have gone to the hospital for a blood test. Some have symptoms.

A total of 20 doctors and nurses are reportedly in house isolation, 15 from the Rio hospital in Patras  and 5 form the hospital in Amaliada.

A team of the National Health Organization has gone to Patras to assess the situation.

At several stages of his trip abroad, the man was in touristic buses both in Greece and abroad, and the group flew from the destination countries back to Greece.

Upon his arrival from abroad, the man reportedly stayed in his hometown Amaliada for five days.

He is the only patient in Greece that had no connection with Italy, as the other 8 confirmed cases do.