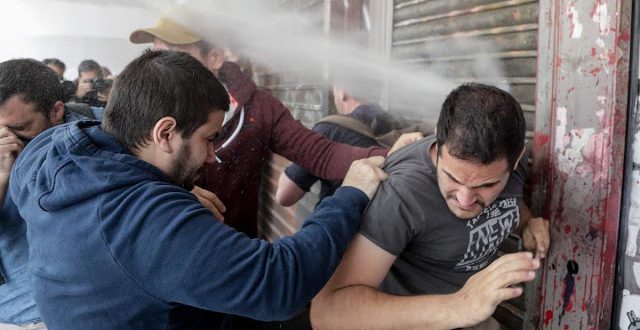 Hundreds of desperate workers in the tourism and catering sectors as well as people working at Athens international airport gathered outside the Labor Ministry to protest the new anti-labor laws and the miserable working conditions that have arisen from the coronavirus pandemic. After 2.5 months of lockdown, they demanded a meeting with some ministry official but the ministry had just rolled down the shutter. 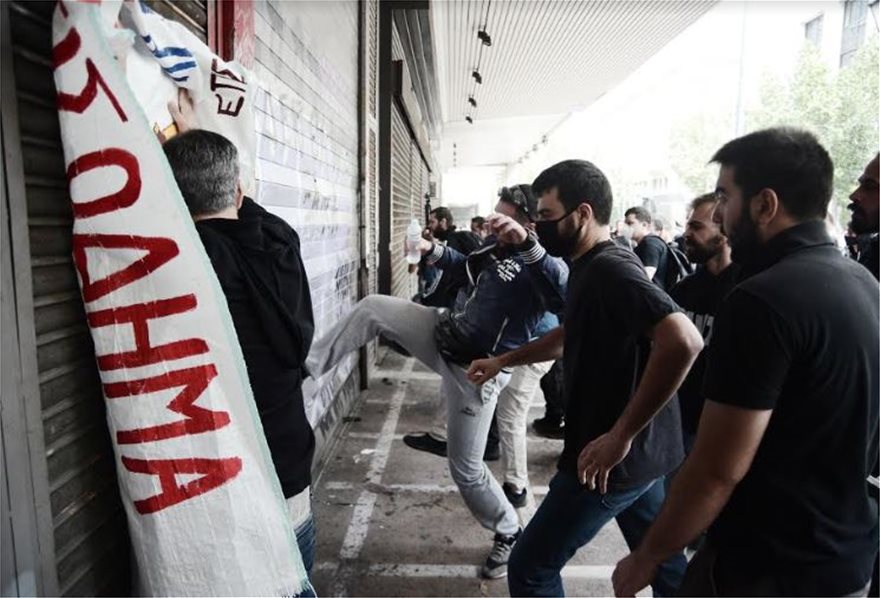 At some point, protesters started knocking on the shutters with police to fire teargas to disperse the crowd.

Before reaching the Labor Ministry, protesters gathered outside the Parliament at Syntagma Square urging the government to withdraw the new laws. 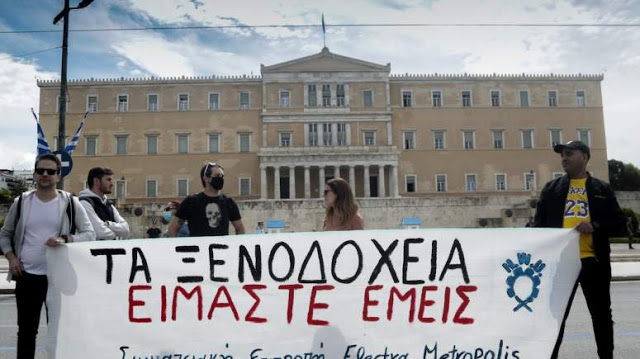 Banner: “The hotels it’s us” 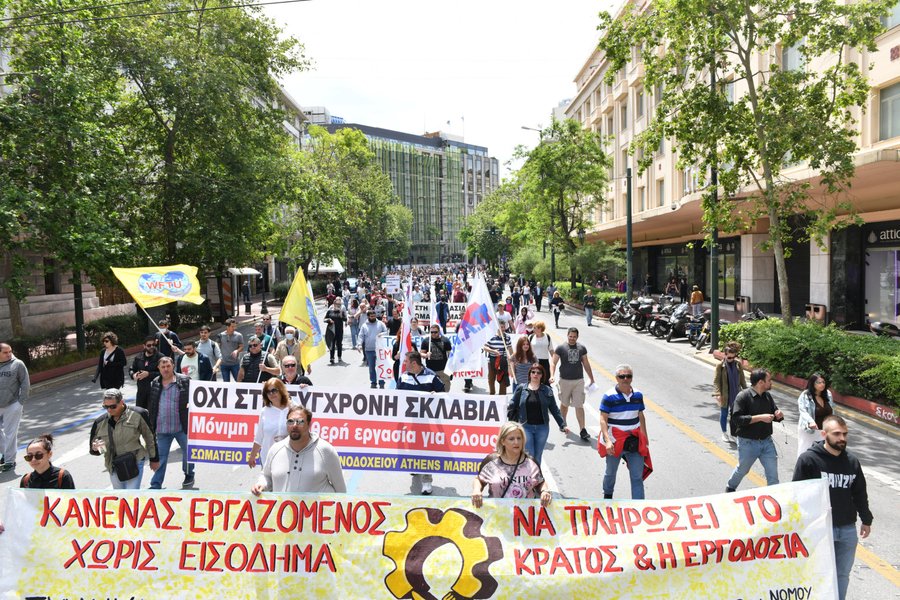 Banner: “No worker without wage – State and Employers should pay”

Their central slogan “We want work, not unemployment.”

Workers are calling for the abolition of the recently legislated anti-labor laws that allow employers to extend suspension of working contracts, wages decrease by 20% and easy lay-offs.

The consider the measures to support the workers at tourism and catering as “insufficient.”

The president of the Panhellenic Federation of Food and Tourism Workers (POEET), George Hotzoglou, told tvxs that the government’s announcements do not include a single positive measure for workers in the sectors. he spoke of ” “literally anti-labor measures” and accused the government of “imposing a quarantine of poverty and misery”.

Tourism and food workers, who number more than 400,000 people, are demanding that the government does not implement the measures, to ensure income for hotel and food workers according to the collective bargains, re-employment with all seasonal benefits and an allowance for all the unemployed for the entire period of unemployment.

Similar protests were held also in other cities across the country.

The union of tourism workers schedules another protest on June 10.

With restrictions on international flights still on, many employers in the tourism sector are still reluctant to open their businesses and hire personnel, while at the same time, cafes, restaurants and bars opened with hygiene rules and restrictions that decrease their capacity and consequently the hired staff at 50%.

PS Worth noting that the government kept paying civil servants during the lockdown although they were working on 2 weeks rotation.