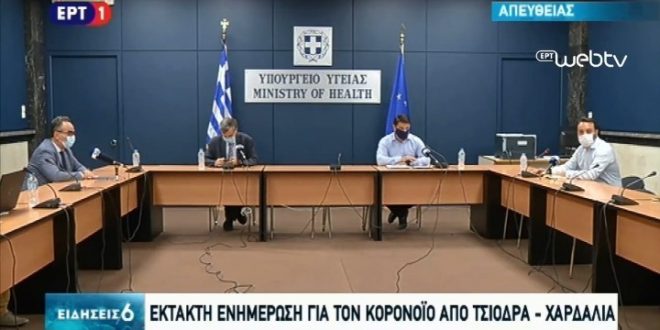 Greek experts: Recent spike is cause of concern; some new measures

August 4, 2020 CORONAVIRUS Comments Off on Greek experts: Recent spike is cause of concern; some new measures 3,707 Views

The recent spike in coronavirus cases in Greece is cause for concern, professor for Infectious Diseases Sotiris Tsiodras, representative of the Health Ministry, and head of Civil Protection Minister Nikos Hardalias said during a live press conference on Tuesday evening, the day were a new jump with 121 new cases was recorded.

Tsiodras said that the increase is partly attributed to more checks being carried out, but also to people’s ability to move freely after the lockdown and their tendency to crowding.

He noted, however, that there was no pessure on the health system so far. He urged citizens to remain particularly vigilant, despite the summer attitude, as cases have been rising globally again.

Last week we had 496 new infections. 650 are the active cases until Sunday, August 2, Hardalias said. He added that 1,108 people were discharged from the hospitals and 2,696 recovered at home (he probably refers to total infections.)

“We knew that the opening of economy would mean infections increase, where needed we closed the entrance gates to tourism” he said.

The confirmed “imported” infections were 401. Of them 77 are still active. 240 people have returned ot their countries, while 84 are no longer active and remain in Greece.

New measures at borders with Albania

The new measures that were announced include restrictions on entry to Greece through the Kakavia border post with Albania, and continued restrictions on large gatherings.

Kakavia border will be shut down every night at 23:00 to the next morning at 07:00 in order to improve daily traffic control, Hardalias said. The measure will go into effect at 07:00 on Wednesday, August 5, and will be accompanied by staff permanently installed at the border for sample testing.

People entering Greece from Kakavia in Albania will be obliged as of August 16 to observe a preventative 7-day self-isolation at home.

Other measures Hardalias announced include the extension of a ban on more than 100 guests at social events such as weddings, baptism until August 31. The limit refers to both churches and receptions facilities.

He also said that the Civil Protection secretariat will be able to restrict the hours of entertainment venues at local level, depending on the epidemiological threat.

Media reported earlier that beach bars, clubs and other similar facilities may close at midnight.

“Relaxing vigilance and phenomena of observing measures loosely are the enemy in the battle against the pandemic,” Hardalias stressed. This has led to many new outbreaks in several regions of Greece, he said, particularly at urban centers.

He also observed that “besides the low observation of measures, as a society we also have to fight irrational and conspiracy theories that undermine the social responsibility we must all show,” and said that ahead of the major holiday of August 15, all health measures need to be observed.

Hardalias the citizens’ help in observing the coronavirus protection measures saying that it’s not possible to have one policeman at each bar and beach.

Both Tsiodras and Hardalias were wearing masks during the live press conference. 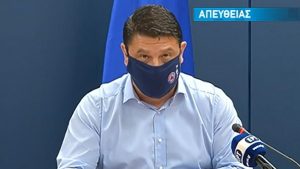 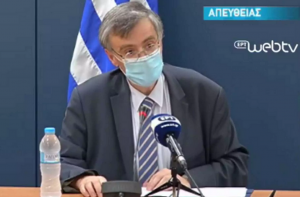 Hardalias said that there is not going to be live daily briefings as during the lockdown, but that the weekly ones will be maintained.

For more information on coronavirus in Greece scroll down here.