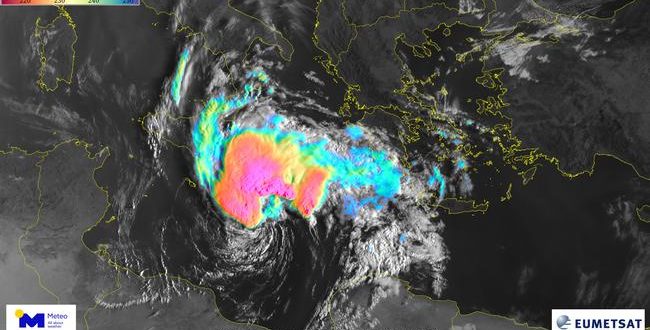 Medicane IANOS is forecast to hit Greece in the next 24 hours, meteorologists and Civil Protection are warning. In a breaking new appearance on Wednesday evening, head of Civil Protection Nikos Hardalias warned citizens of the rare but extra powerful and dangerous weather phenomenon, a Medicane, that it forecast to strike initially the western parts of the country.

Apart from the heavy rainfall, “Ianos” will be accompanied by strong thunderstorms and very stormy winds, Hardalias said. He announced that the areas expected to be hit by the Medicane are:

According to the RED ALERT warning issued by the National Meteorological Service EMY, the main features of Ianos will be heavy rainfall, particularly in the Ionian Sea and in southern parts of the country, thunderstorms and strong gale-force winds, especially at sea.

Meteorologists underline that due to the uncertainty of forecasts in the transitional seasons and due to the present position of the atmospheric disturbance, which is over the sea, it is not yet clear what trajectory it will follow in Greece. 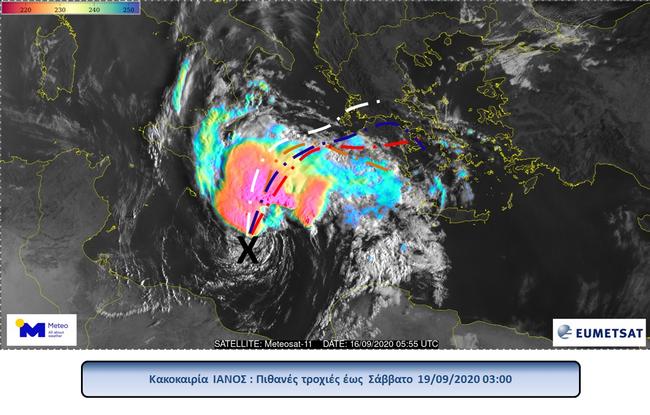 One of the 4 possible scenarios for 03:00 a.m. Saturday, Sept 18, 2020 by EUMETSAT via meteo.gr Red spots mark clouds tops where temperature is -50 degrees Celsius.

Additionally, it is not yet clear whether Ianos will acquire tropical characteristics or meet the requirements to be classed as a Medicane (Mediterranean hurricane), something that can’t be ruled out.

Additionally, it is not yet clear whether Ianos will acquire tropical characteristics or meet the requirements to be classed as a Medicane (Mediterranean hurricane), something that can’t be ruled out. 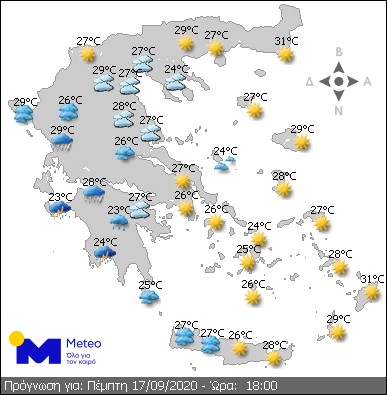 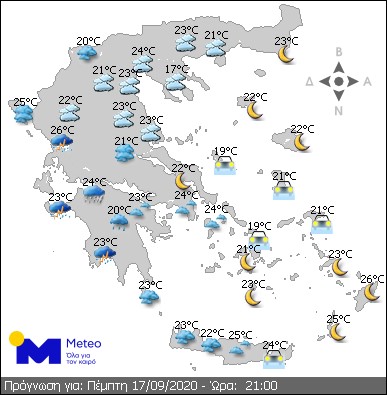 From the afternoon: Southern Ionian Sea, the Peloponnese mainly its western parts. 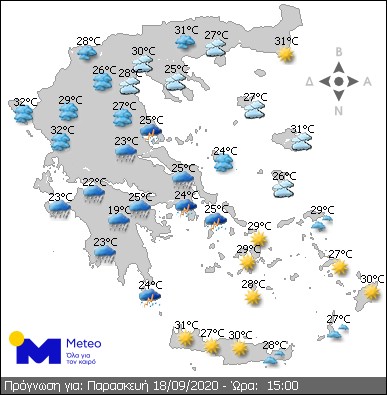 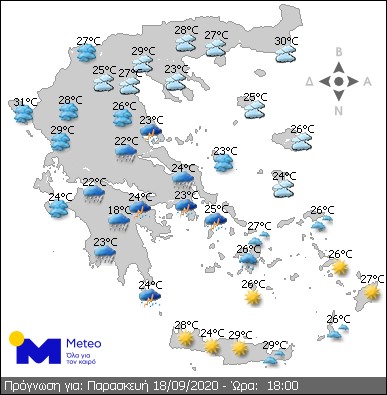 From the afternoon,  in the west the weather effects will weaken in the West, while in the evening the western Cyclades will be affected.

Very strong weather phenomena in Peloponnese and the eastern mainland. 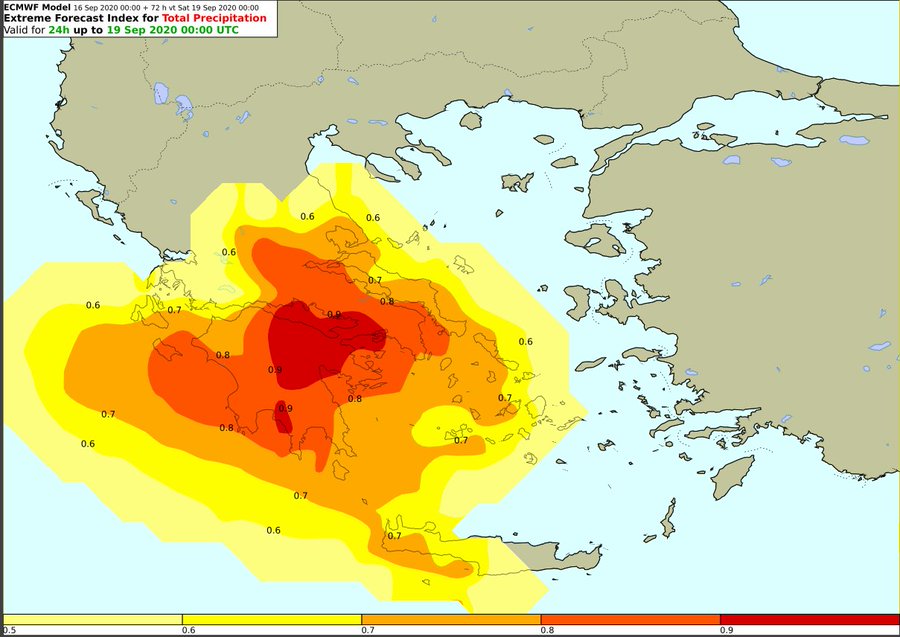 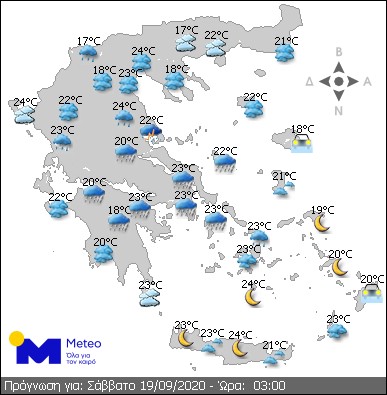 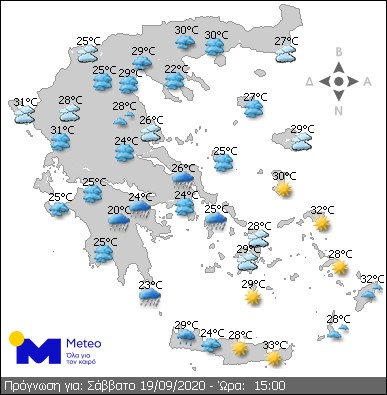 From noon, the phenomena in the eastern mainland and eastern Peloponnese will gradually weaken. 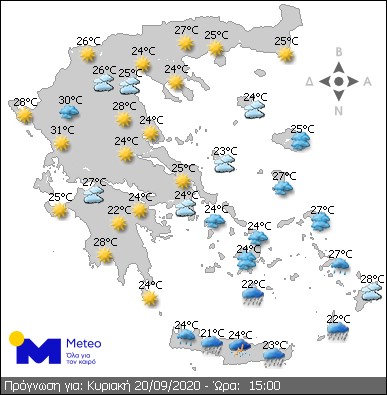 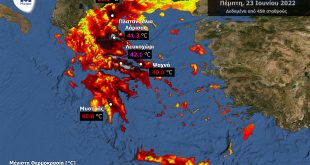 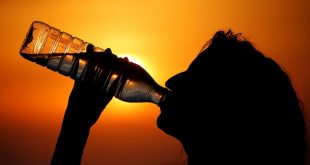 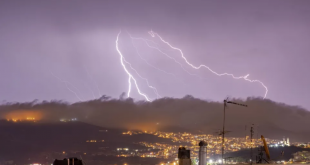 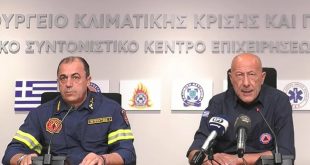