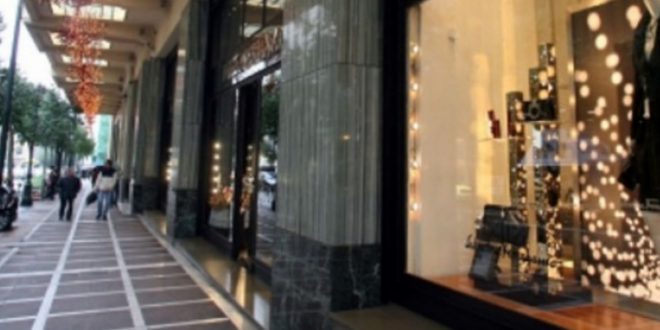 Greece considers possibilities to open economy ahead of Christmas

November 22, 2020 Economy, FEATURED Comments Off on Greece considers possibilities to open economy ahead of Christmas 5,084 Views

Greece examines the possibilities to open the economy again and gradually lift the lockdown at least in certain sectors ahead of Christmas season. the government is also considering the click away system for stores to avoid congestion during shopping.

“We will open the economy with great caution,” Development and Investment Minister Adonis Georgiadis told Skai TV and left open the possibility of opening certain sectors of the economy, such as seasonal items and toys, which have been significantly affected.

However, he stressed that any decision will be made after scientists give the “green light.”

“In the ministry we have made several plans according to the course of the virus and we are waiting for the infectious disease committee to give us the sign. We are not going to start the economy if the doctors do not tell us to do so,” Georgiadis said.

He noted that sectors of the economy that have been proved to contribute to the spreading of the virus will not open, or will open much later.

He underlined that the market will operate under strict conditions, such as masks, distances, a limited number of people in the store.

He referred to click away system according to which  the order will be placed by the consumer in the store, the order will be prepared, the citizen will make an appointment with the shopkeeper and will go to pick it up from the store. The system minimizes human contact while greatly reduces congestion inside in stores, Georgiadis said

The second lockdown has been imposed until November 30, however, the daily infections remain high and health experts predict an extension of at least one week.

“We are evaluating the situation day by day and soon, probably in the next few days, decisions are expected to be made regarding the opening of the market and the ways in which this will be done,” Alternate Development and Investment, Nikos Papathanasis, told state-run news agency amma