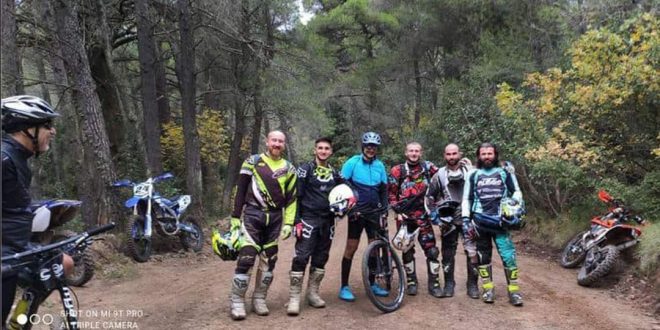 Prime Minister Kyriakos Mitsotakis has come under fire after pictures and videos showing him and his wife violating covornavirus and lockdown measures were leaked to opposition press.

On one picture, the Prime Minister is standing in the middle of a group of motorbikers he accidentally met in the forest of Parthina Mountain. None of them is wearing mask or keeps social distancing.

Another one shows him smiling to the lens next to an elderly man. None of them is wearing a mask. 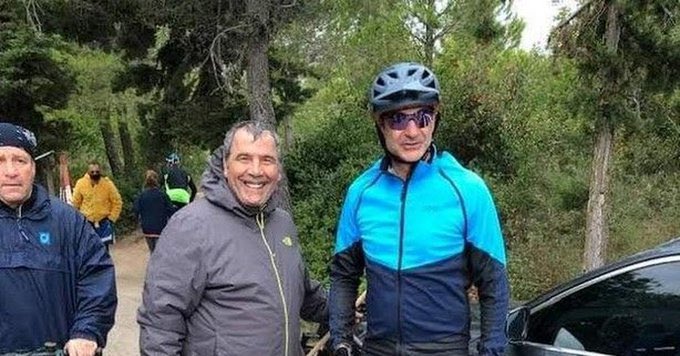 The PM apparently enjoyed a nice, sporty Sunday in the fresh air of Mt Parnitha with his wife, Mareva, a motocross fan. At some point, the wife ‘borrowed’ a motorbike and showed off her skills.

By the way, the Forest in Parthina is a National Forest under Protection where car or motorbike test drives forbiden.

However, this was not the reason for the shit-storm on Twitter. The reason that outraged Greek was that the Prime Minister has been blaming solely the citizens for the spread of the coronavirus and the second pandemic wave. He has claimed that they ignore the protection measures and has made the “personal responsibility” to main slogan against the virus thus omitting to strengthening the health care system with essentials.

At the same time, he has sent thousands of policemen on the streets to fine with 300 euros even those who do not correctly use a face mask or have mistakenly sent wrong code for movement.


“How do they fell now all those fined for unnecessary movement?”

Some even recalled the PM’s recent tweet urging people to wear a mask to protect themselves and the vulnerable ones they love.


“He doesn’t do what he predicts, but he blames the youth!?

The virus may affect anyone independently of class, wealth and social status, but the lockdown restrictions are only for the plebs and not the elites.

Commenting on the criticism, government spokesman Stelios Petsa told Skai TV, that the PM is being criticized for being “human”. Saying that he was on personal erxercise, Petsas stressed that “a Prime Minister can go anywhere for a bike tour” He added that Mitsotakis “will never refuse a picture with any Greek he meets or a chat,” he said.

After Petsas’ justification, some proposed the reduction of the 300-euro fine “following the human example of the PM and his wife.”

Documentonews that posted the pictures and the video, accused Mitsotakis of lack of “empathy” as on Sunday , Nov 29, the daily deaths reached 98 and a day earlier they broke an all times record with 121. On saturday, he was pictured buying a sweet specialty from a famous sweet shop in Thessaloniki for his wife. The pictures were all over the internet also on mainstream websites proud that the PM was featured as a “normal human being.” 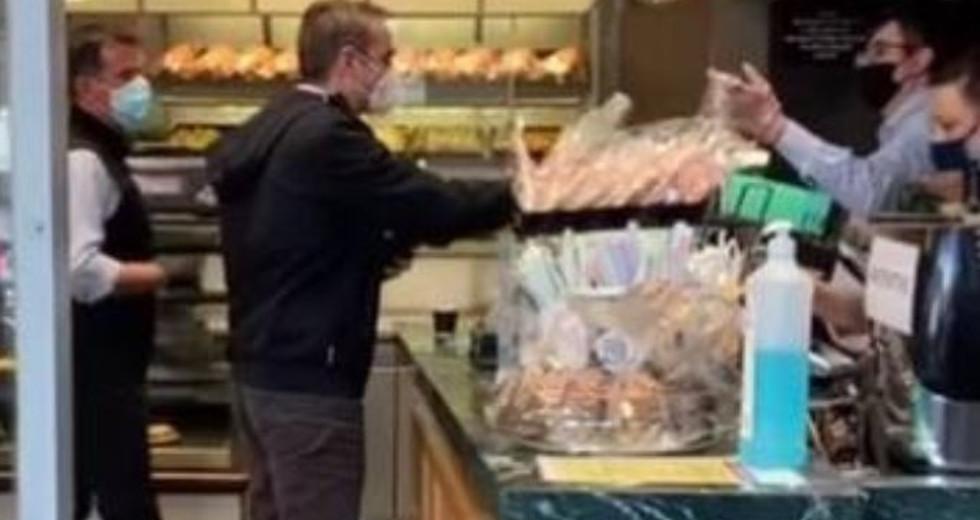 In its article entitled “the PM has a problem,” documentonews noted that “the country’s prime minister is at odds with reality, his stance gives everyone the right to assume anything about their perceptual ability,” accuses him of “having a problem of social adjustment.”

PS Of course, a Prime Minister can drive 25 km from his home to Parnitha with his wife and spread the virus to others. A citizen cannot leave the municipality limits of his main residence for a swim or personal exercise.

Even with Coronavirus fever of 37.5 C, a prime minister will be hospitalized and receive an ICU bed if fever rises to 37.6. He gets frequent teste don Covid-19. In contrast a common citizen will be advised to stay home in isolation even with 38.5 C and will have to pay the Covid-test from his own pocket.

This is the problem with the elites: arrogance and contempt