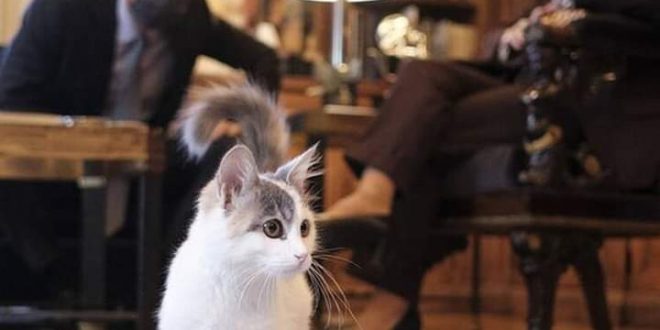 A simple and clear “meow” interrupted the meeting between President of the Hellenic Republic Katerina Sakellaropoulou with Prime Minister Kyriakos Mitsotakis on Monday. It was Calypso, the rescue kitten the President adopted after a visit to the island of Karpathos two months ago.

Calypso walked into the room and meowed the moment Mitsotakis was saying that people should celebrate Christmas in the closest family circle as possible. 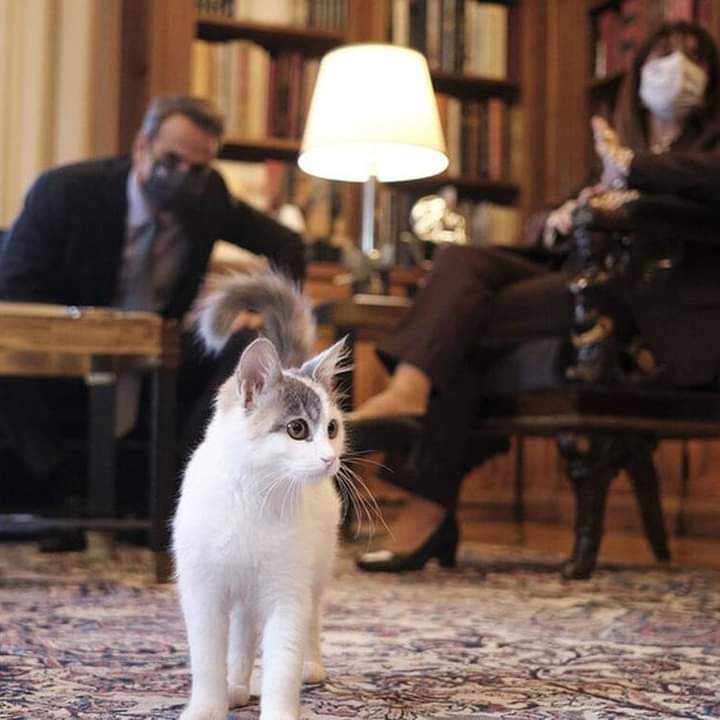 The kitten who had spent some of her life as a stray but was rescued by a local welfare society before moving into the Presidential Mansion, had either objections to the PM’s suggestions or she just wanted to say “Hello!”

On the video with the PM’s statements, Calypso is heard meowing twice with her cute kitty voice.

“What is this?” the Prime Minister asked after he concluded his short statement.

She explained to the PM Calypso’s story and he took the kitten in his arms. 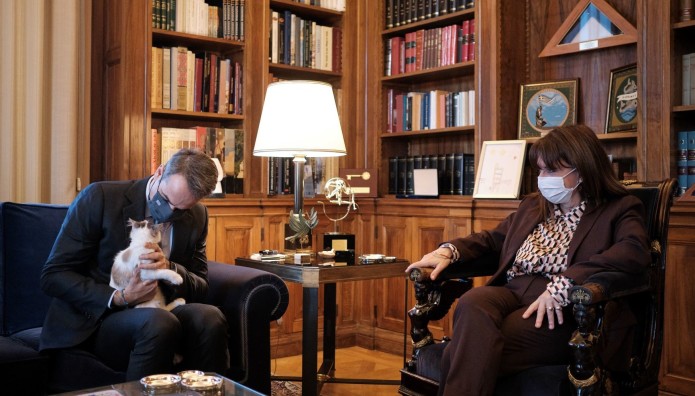 Calypso moved from Karpathos to the Presidential mansion in November, when the president of Animal Welfare Karpathos, Sophia Hiras- Micros traveled to Athens for the official adoption of the country’s “First Kitten.” 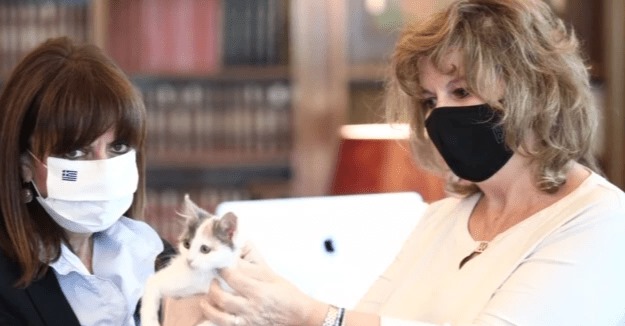 President Sakellaropoulou had met the kitten some weeks earlier when she visited Karpathos to honor the 76th anniversary of the Independence of the island in the south Aegean Sea.

One and a half months later, calico cat Calypso appears to have adjusted herself purrfectly well to the life in this huge mansion and has assumed her duties as “First Kitten” with pleasure.

After the meeting with Sakellaropoulou, Mitsotakis posted the picture on his instagram account, writing that Calypso has stolen the hearts of everyone around.