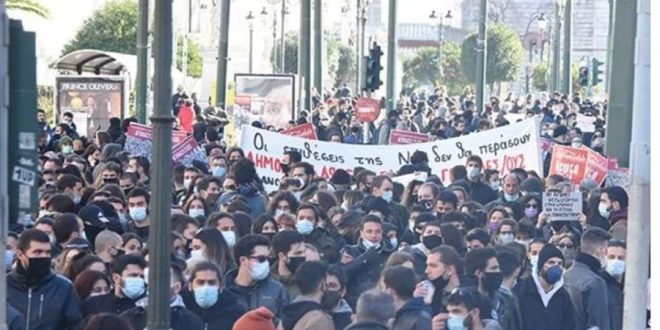 Thousands of students, teachers and parents took to the streets in Athens, Thessaloniki and other Greek cities on Thursday to protest a series of what they call “reactionary” and “authoritarian” government measures in education. At the same time they demanded the re-opening of universities that have been closed due to the pandemic since March 2021 and additional safety measures in schools.

Wearing masks and trying to keep a safety distance where possible,demonstrators defied the Greek Police ruling that banned public gathering with over 100 people.

Students defy police ban of gatherings and hold massive protest in Athens against the government’s draft bill for education, which includes the introduction of police in universities, among other changes. #Greece pic.twitter.com/adfVtkZkEX

Protesters demanded the withdrawal of the Education Ministry draft bill for universities that include also punishment or expulsion of students.

Teachers asked for the abolition of a ministerial decree that increases the working hours of teachers in kindergartens, the internal and external evaluation of schools.

“The government in the midst of the pandemic and quarantine takes advantage of the closed schools and universities in order to vote for another unacceptable bill without any dialogue with those involved in the education,” the Greek Federation of Secondary Education State Schools Teachers (OLME) said with reference to the draft bill. 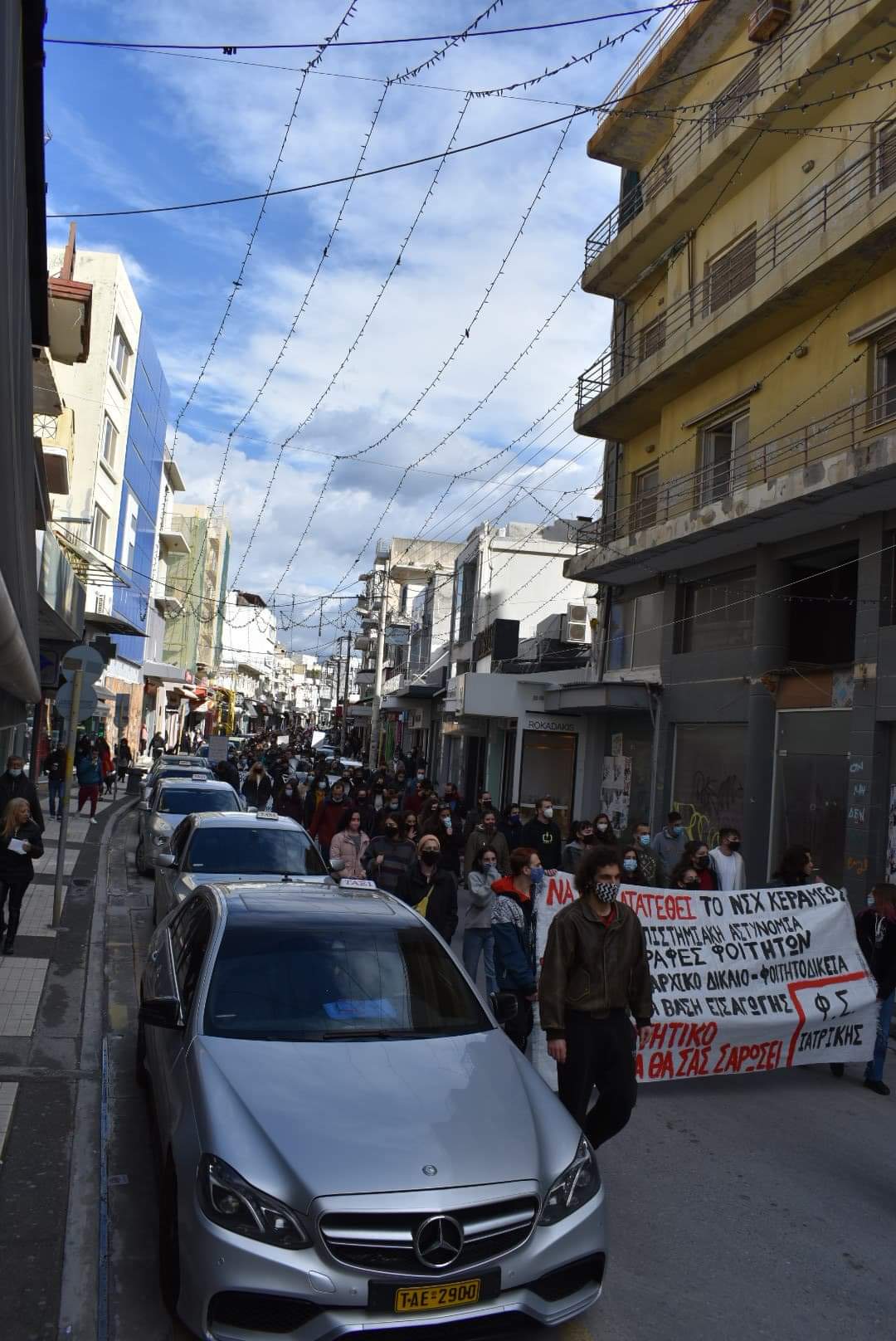 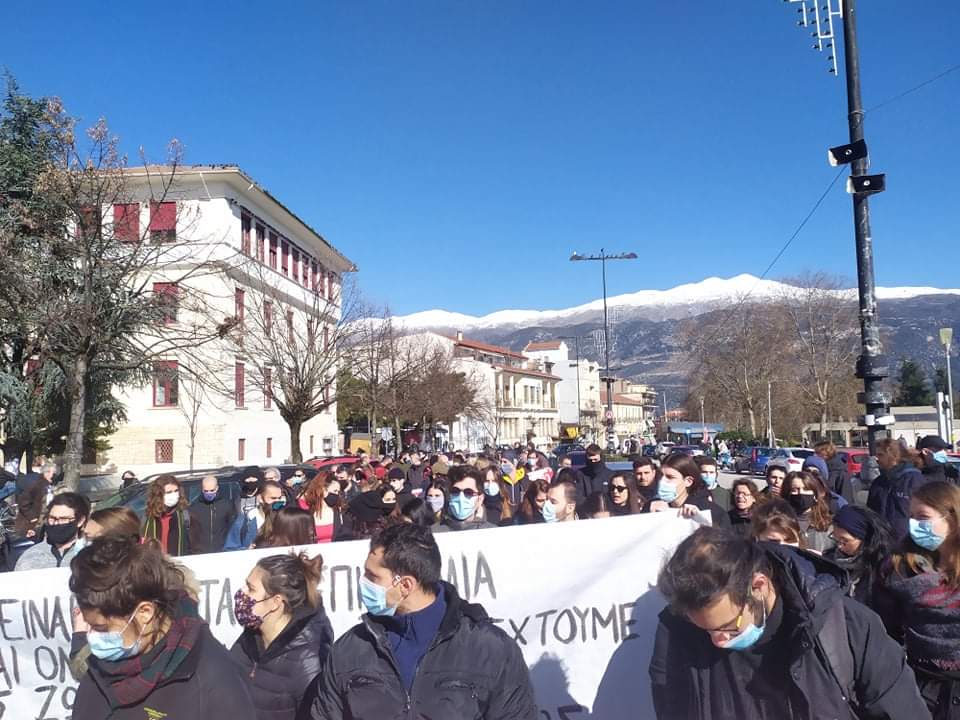 It should be recalled that ahead of Thursday’s rally, the Greek Police banned public gatherings with over 100 people and for six days, until February 1, claiming reasons of public health and recommendations by the epidemiologists’ committee. The latter dismissed such claims.

The decision triggered an outrage in opposition and society. 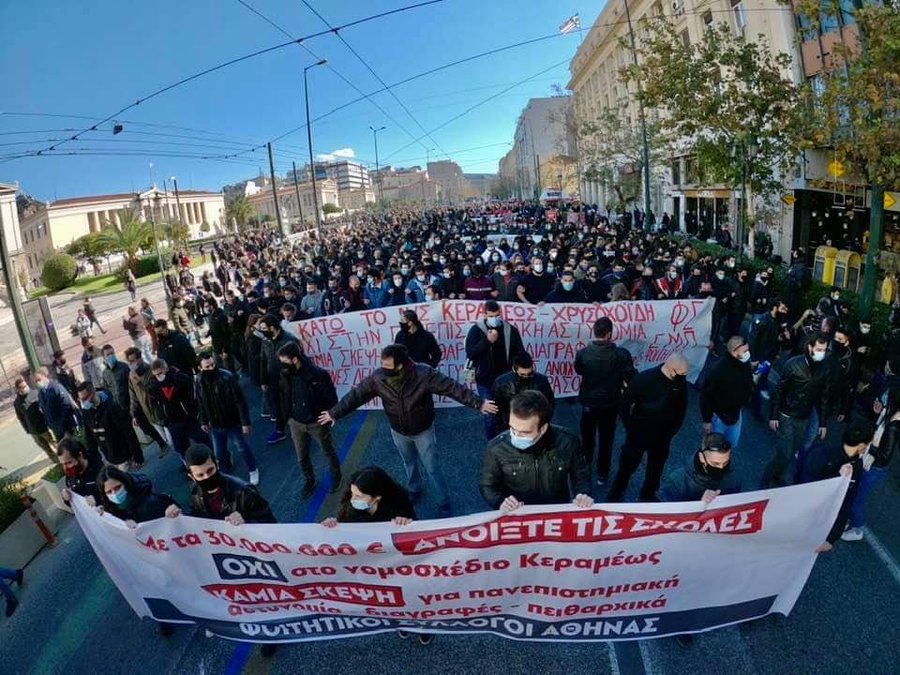 Of course, the several blocks of students’ and teachers’ unions were bigger than “100 people”, however, the police had apparently orders to not intervene to enforce that law. Intervention would most likely lead to clashes and the rallies would have indeed turned into superspreader events.