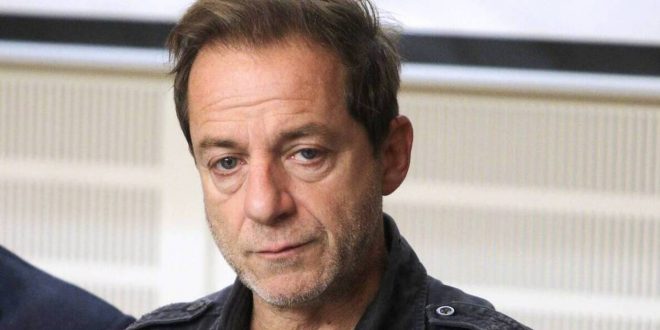 The warrant cites multiple counts of rape. The man resigned from his position on February 6 after media reports  suggesting that he sexually harassed young actors.

According to state-run news agency amna, in the warrant the former director is accused for repeated rape. One of the two lawsuits was filed yesterday Friday by a 25-year-old man.

At this point, Lignadis is accused of two rapes. One of a 14-year-boy, in 2010, and another where the victim deposed in front of prosecutors and which has not been made known yet, ekathimerini reported. The newspaper added that “a woman who was intimately connected with Lignadis and was knowledgeable about his private life, is said to have provided important testimony.”.

According to state broadcaster ERT, the ex director face felony charges for committed crimes that do not underlie “statute of limitation.”

Almost parallel to the arrest the Justice Ministry issued a statement saying, among others, that “it is the duty of all political forces to work together to tackle morbid phenomena, such as those complained of. It is our responsibility and duty to the victims. The silence that prevailed for so many years was broken. The time of Justice has come.”

The statement stressed that “cases of this kind have no political color.”

The case turned into a pain in the neck of ruling New Democracy party that is confronted with an outcry for the “political appointment.”

On Friday, Culture Minister Lina Mendoni denied that she appointed Lignadis to the post because he had friendly relations with her and the prime minister.

Rumors reportedly say Lignadis was couching Mitsotakis for public appearances and speeches, something the Prime Minister’s office denies. But he was one of the first direct appointments Mendoni made as Minister of Culture, cancelling a process that had started during SYRIZA administration, with many candidates interviewed.

Lignadis resigned beginning of the month, after media reports surfaced suggesting that he sexually harassed young actors and one of his alleged victims also filed a lawsuit against him.

Justifying his appointment at the National Theater, the Culture Minister said at that time that it was for “reasons of public interest.” She never explained what exactly were these reasons.

In the 20 days between the first reports and his arrest, a barrage of denouncements by actors was made on media against him.

The second act of the “arts & politics drama” had also some tragicomic elements on Saturday, when Lignadis and his lawyer went to Police headquarters late Saturday afternoon allegedly to verify rumors on social media that there was an arrest warrant against him. The two men reportedly stayed at the police HQ for half an hour and then left after police informed them that there was no any warrant,

This was issued about an hour later, and Lignadis went again to police with his lawyer and surrendered himself. The lawer said police informed them about the warrant.

Both the state broadcaster and private TV channels said that his voluntary appearance at the police before the arrest warrant was aiming to erase suspicion on escape so that he would not be remanded in custody.

Lignadis is being held at the police headquarters pending an appearance before an examining magistrate on Sunday or Monday, ERT reported.

The arrest has been reported also by NewYorkTimes.