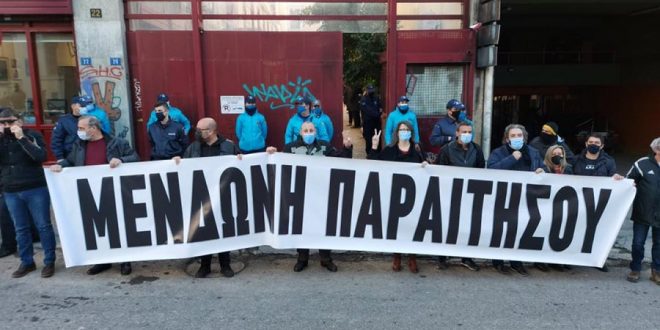 Pressure is growing on Greece’s Culture Minister Lina Mendoni to resign in the aftermath of the arrest of the now former artistic director of the National Theater on multiple counts of rape including ones involving teenager boys. Call for resignation came also from a member of ruling New Democracy.is  also political with an MEP of ruling part New Democracy.

Actors gathered outside the Culture Ministry on Monday morning with banners calling on Mendoni to resign and demanding for “Justice now.” 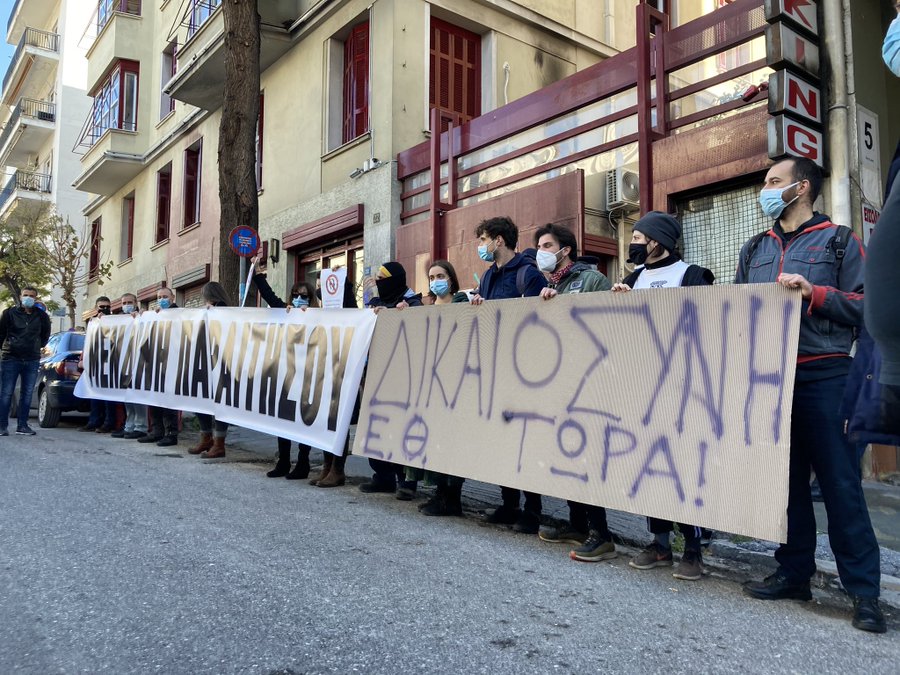 A large part of the Greek theater and film world sharply criticizes the Culture Minister for wrong handling of Dimitris Lignadis case and accuse her of trying to cover up. 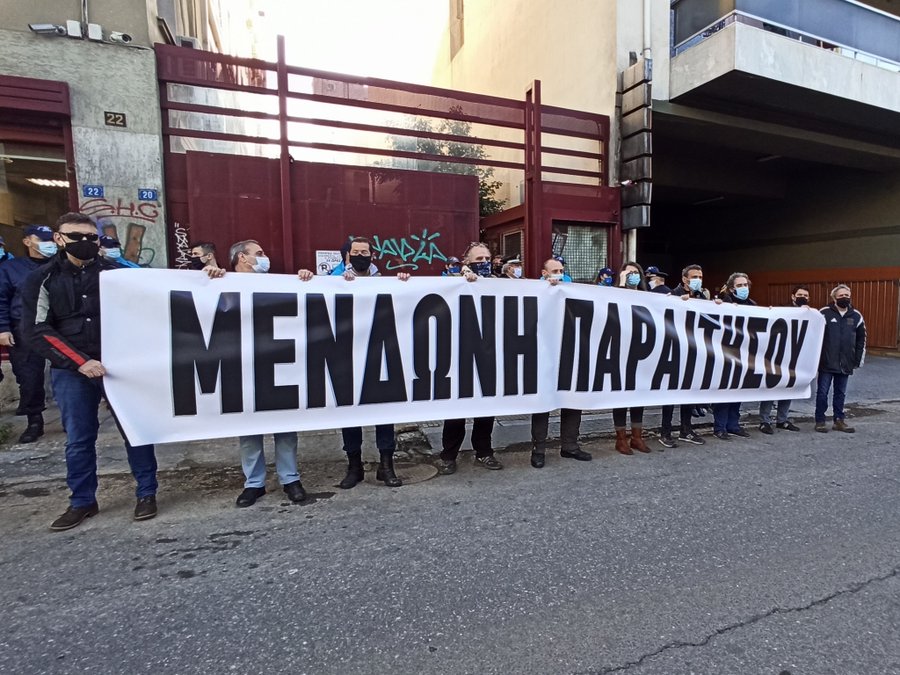 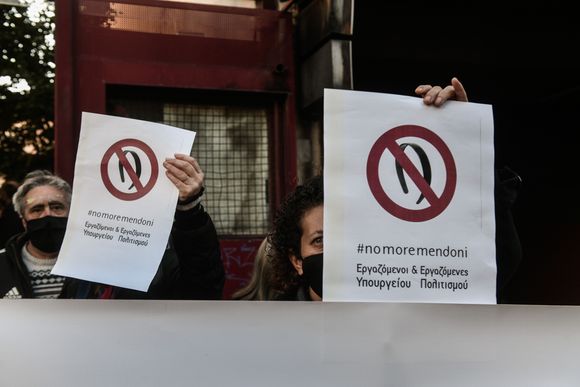 On Sunday, seven members of the board of directors of Thessaloniki International Film Festival also asked for her resignation. The cultural institution runs under the auspices of the Culture Ministry.

In posts on social media, prominent actors and actresses called on the minister to resign.

Two days earlier and before Lignadis’ arrest on Saturday, instead of assuming political responsibility Mendoni claimed that she was “deceived” by the man with “deep acting skills,” when she asked him about the rumors against him beginning of February.

There have been rumors that the Prime ministers’ close circle have also pressed the minister to the direction of leaving the office. She allegedly has denied so far claiming that Lignadis appointment to the position at the National Theater in August 2019 was not her own decision.

His appointment was one of the first since New Democracy won the July elections. A tender initiated by former government SYRIZA was cancelled even though interview with job candidates had taken place. At some later point, Mendoni stated that Lignadis’ appointment was for “reasons of public interest.” She never elaborated.

Resisting the calls for resignation, Mendoni is still in office on Monday morning.

While her colleagues and ruling party MPs refrain form taking position on the issue, it was ND MEP Eliza Vozemberg who openly called for Mendoni’s resignation. Speaking to Thema FM, Vozemberg said that “it is the minister who is responsible for the appointment of people.”

Lignadis’ case is the tip of the iceberg in Greece’s theater world. Dozens of denouncements for sexual abuse and harassment by prominent directors and actors have been submitted to the Greek Actors’ Union in the last few of weeks. The president of the union Ppiros Bibilas submitted a thick file with complaints to prosecuting authorities on Monday morning. Accoridng to state broadcaster ERT TV, the file contained also denouncements against the former National Theater artistic director.

The #MeToo movement came to life in Greece in January, when Olympic gold medalist Sofia Bekatorou publicly spoke about her rape by a high-ranking official of the Greek Sailing Federation.