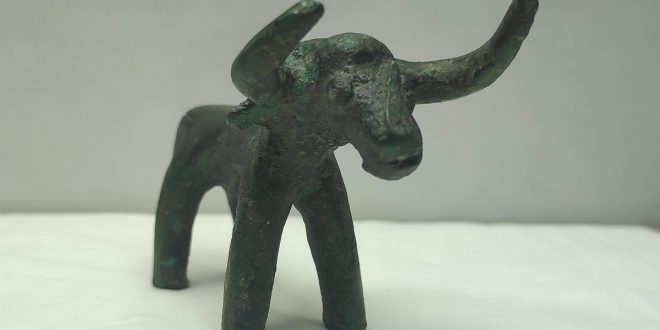 A bronze bull idol, a votive offering, was unearthed during a rainfall in the archaeological site of the Ancient Olympia. During an inspection at the site, archaeologists saw one of its horns protruded from the soil. The figurine is believed to be a votive offering to Zeus and estimated to be dated 1000 BC – 750 BC. 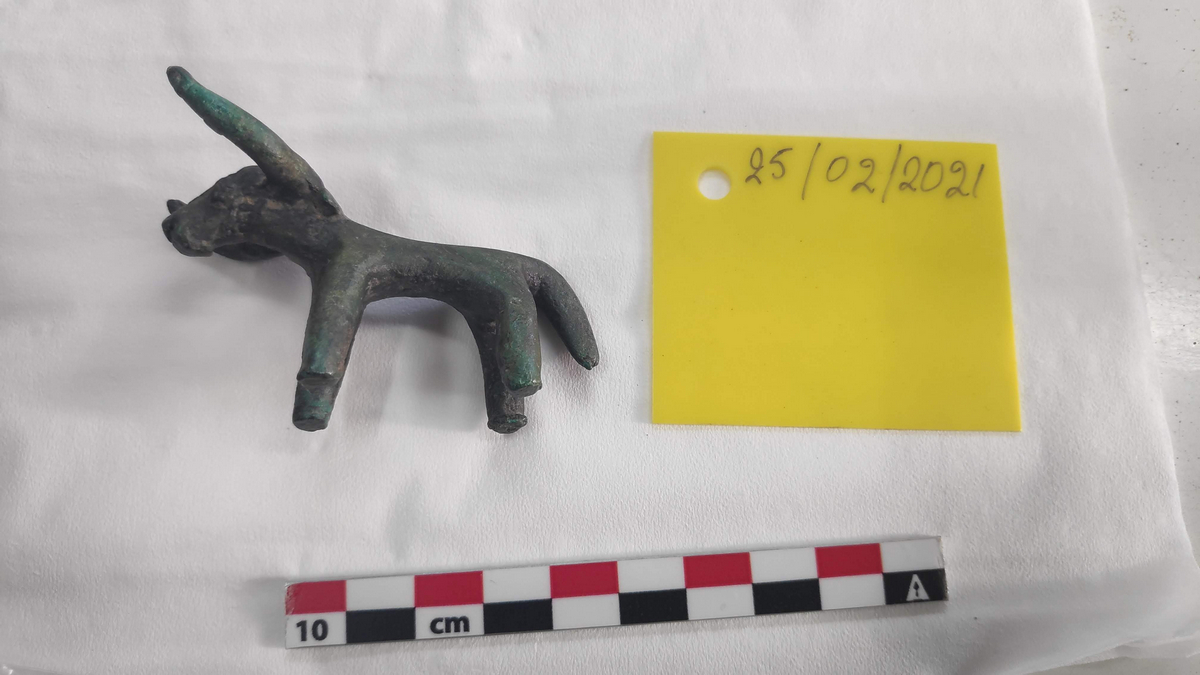 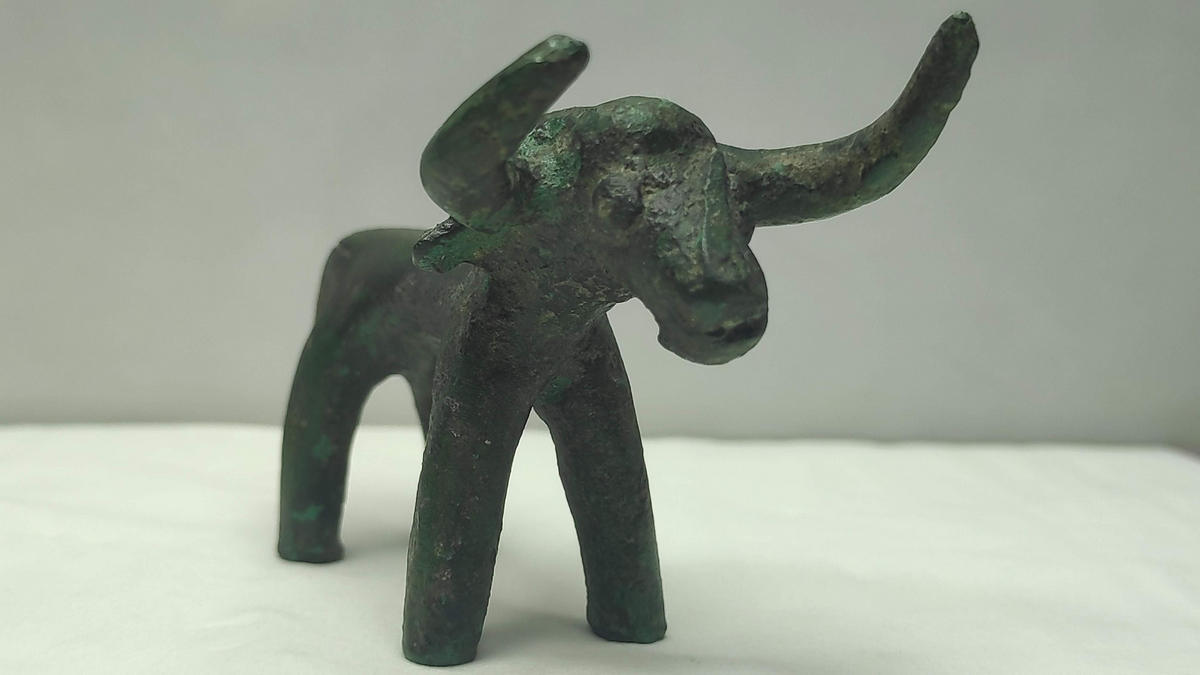 The bull was discovered during an inspection carried out by archaeologists after a heavy rainfall around February 20, 2021.

The small, intact figurine was located thanks to the observation by archaeologist Mrs. Zacharoula Leventouri near the Temple of Zeus in the Holy Alta of Olympia. One of its horns protruded from the soil surface after a recent, heavy rainfall, the Greek Culture Ministry said in a statement.

It was removed immediately and transferred to the laboratories where it was taken care of by the conservators of the Ephorate of Antiquities of Ilia. 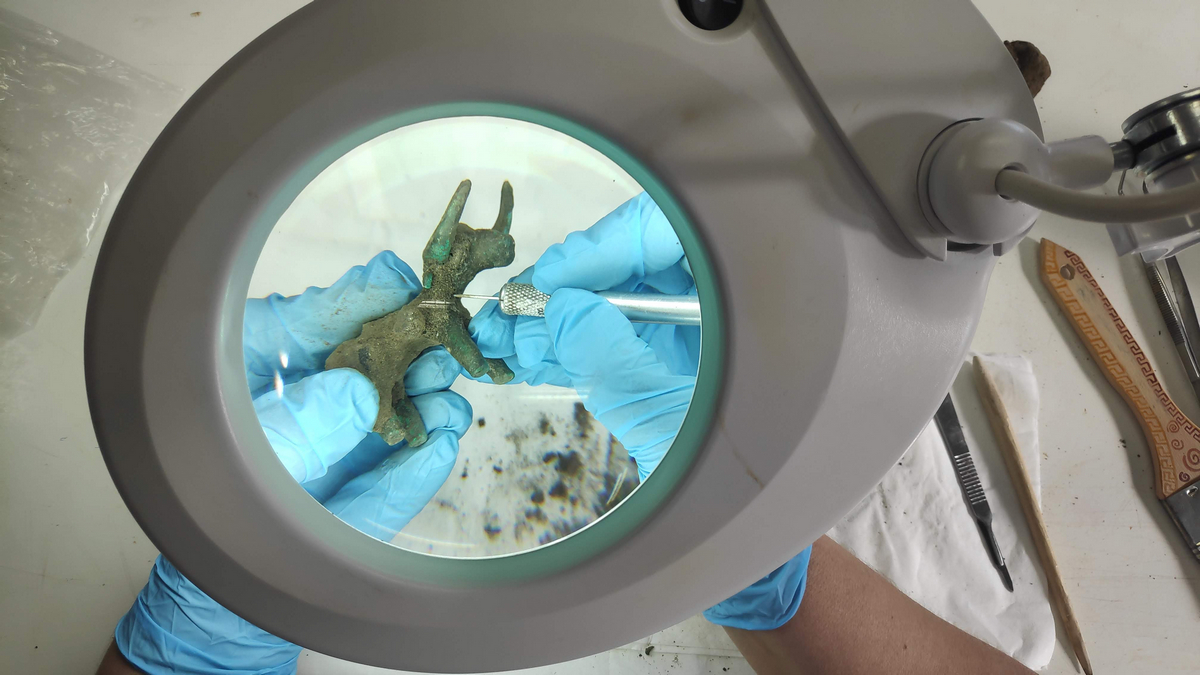 The little bronze bull is to be studied thoroughly by archaeologists and determined typologically and chronologically.

According to the first examination, the well-made and well-preserved figurine of the bronze bull was one of the thousands of votive offerings dedicated to the mighty Zeus in his great sanctuary of Olympia during the Geometric Era (1050 – 700 BC).

The bull, like the horse, was one of the most important animals for human survival and the creation of civilization until modern times. That’s how it got this special role in the worship of the gods of antiquity, that is, to be a beloved object which was dedicated by the faithful to their compliment, supplication or as a sign of pleasure, the statement stressed.

A video released by the Culture Ministry shows the stages of examination and conservation of the bronze bull figurine.