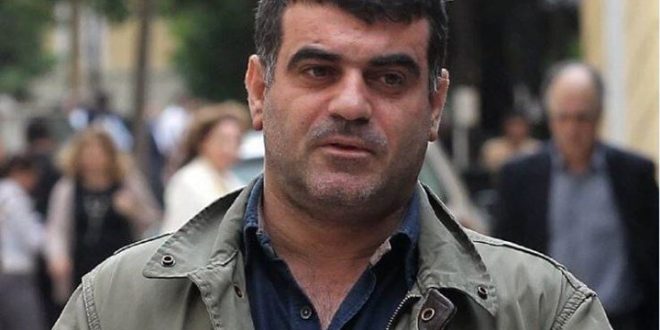 Renowned Greek investigative journalist and publisher Kosta Vaxevanis revealed on Friday that he has received information claiming that he has been the target of a “death contract.” He published the shocking revelations on the website of his newspaper documentonews on Friday evening and “shared them with his readers in an attempt to protect himself” as he stressed.

“The most powerful protection is that by an informed citizen,” Vaxevanis wrote among others.

He wrote that the first warning came on April 6th and the second on Friday, April 23, the day he decided to go public with the threats he received.

He recalled also a strange incident that took place on April 16, when “a stranger tried to enter Documento’s offices, going up to the 5th floor, from the emergency staircase. When he was spotted by the Security Control Center, he did not attempt to leave using the ladder. On the contrary, with acrobatic movements, he descended from pipes, hanging 30 meters above the ground.”

He added that he informally informed the prosecutor after the first warning on April 6. “It was clear that no legal use could have been made, unless our source decided to testify to the Prosecutor.”

The threats came just two weeks after prominent journalist Giorgos Karaivaz was gunned down outside his home in southern Athens. The killers have not been  identified until now.

Following Vaxevanis revelations that his life was in danger, the head of the Prosecutor‘s Office in Athens reportedly ordered a preliminary examination. The journalist is expected to testify in the coming days in order to be determined determine if any criminal acts have been committed and by whom.

Earlier, the Minister of Citizen Protection, Michalis Chrysochoidis, announced that immediate additional protection measures were taken for Vaxavanis and that the head of Greek Police had a phone concersation with him.

In a statement issued Saturday morning, the Greek Journalists Union ESHEA has urged police and judicial authorities to immediately investigate the issue and protect the journalist. ESHEA added that it will brief the European Journalists’ Federation on the matter.