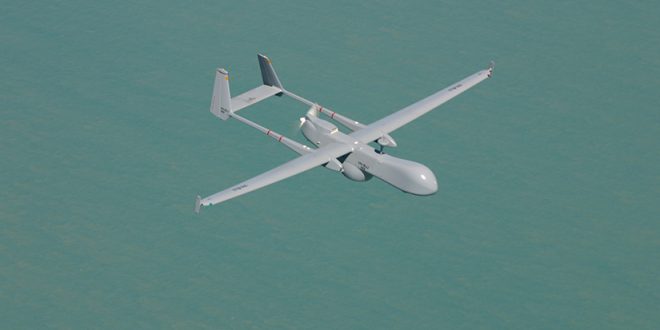 Israel’s Aerospace Industries (IAI) is leasing Maritime Heron drones to Greece for a period of three years, with an option to purchase the system upon completion of the leasing period, the IAI said in a statement released last week.

The flexibility of leasing agreements is demonstrated by the recent contracts signed between Greece and Israel, and the European border security agency FRONTEX, the statement said.

The contract with Greece introduces a lease-buy option. Under this contract IAI will lease Maritime Herons to Greece for a period of three years, with an option to purchase the system upon completion of the leasing period.

These Maritime Herons are equipped with day and night reconnaissance systems, maritime patrol radars and satellite communications. They are used for maritime patrol, marine and land border protection, search and rescue, disaster management and more.

The leasing of Heron UAS by FRONTEX is expected to be worth of several tens of millions of Euros. Under this contract signed with IAI and Airbus, FRONTEX will pay for operational flight hours.

The program has the flexibility to expand to more sites, such as in Spain or Portugal, as required by the host nations and FRONTEX.

The contracts covering the first operating bases in Malta and Greece were signed in 2021 funding the aircraft and associated ground segment at each site.

FRONTEX selection of IAI’s Maritime Heron enabled the organization to leverage many sensors operated on manned aircraft, such as Elta Systems’ ELM2022 maritime surveillance radar and Automated Identification System (AIS) devices, tracking ships on their route at sea, and High Definition Electro-Optical payloads for identification and recognition of vessels and other targets detected by the radar and other sensors.

Eventually, IAI’s unique ‘Long Runner’ capability that enables the Maritime Heron to land and take off from remote locations without preparations, could be utilized to address new missions defined by FRONTEX.

Maritime Herons drones have already been leased to Canada, Australia, Spain and Germany and was the leading international UAS operator in Afghanistan, supporting coalition forces with Searcher and Heron UAS, the statement said among others.

The third vessel in the last 48 hours, carrying 67 migrants of various nationalities was …