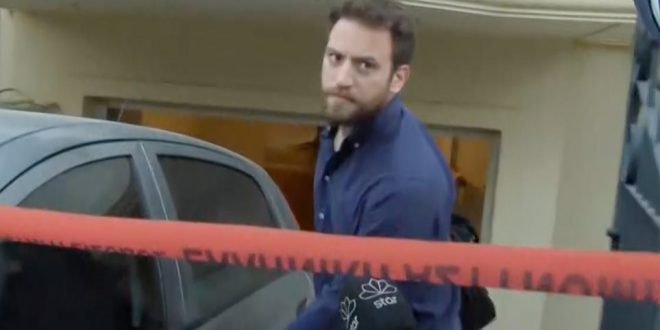 The husband of 20-year-old Caroline Crouch was charged on Friday for two felonies and two misdemeanor crimes, including the killing of the family dog, on Friday. According to prosecuting authorities the murder of his wife was “committed in a calm frame of mind.”

Pilot Babis Anagnostopoulos, 33, also faces a criminal charge of animal abuse for the killing of the family’s dog and lesser charges for giving false testimony to the police and casting suspicion on others for his actions.

The charges follow his confession of the heinous crime the previous day and after police confronted him with evidence from the victim’s smart phone and his own mobile device that contradicted his own testimony regarding the alleged time of her death.

He confessed that he killed his wife in their house in Glyka Nera on May 11. He said that he suffocated Caroline with a blouse and strangulated the dog with his hand and hanged the animal on the staircase of the two-storey house.

He had originally told police that his wife was murdered by a gun-wielding gang of thieves that had broken into the couple’s home.

He husband spent some 2.5 hours to stage a bogus burglary. The dog’s killing was to demonstrate the alleged gang’s “cruelty.”

Greek authorities have already issued an arrest warrant against Anagnostopoulos as he is considered to be “escape risk” due both to his profession and his comfortable financial circumstances.

He is also seen as as a risk for committing further crimes due to the way in which the victim was killed and the suspect’s attempt to misdirect police with fake evidence and testimonies.

Still during his confession on Thursday, he tried to convince police that the crime was committed during a heated argument with his wife. However, police evidence showed that the memory card of the surveillance camera was removed 3 hours before the young mother died.

“Ι tried to close her mouth, to stop her talking”

“That night we had an argument again, We had often arguments, usually for trivial things of the daily life and about the child. She told me to get to get up and get out of bed. She was in a rage. Just before she put the child in the crib, she told him “she would get her things together and leave the house. I was confused. And I tried, as she was on the bed, to shut her mouth, so that shes doesn’t say such things,” the husband reportedly confessed, among others.

“When I realized that she was dead, I thought about the child and what would happen if I went to prison  and I decided to stage the robbery. To be more convincing, I hung the dog from his leash. I took the memory card from the camera and threw it in the toilet. I called the police and then I tied myself up. I had practiced how to tie me up,” the brutal and cold-blooded killer told police. 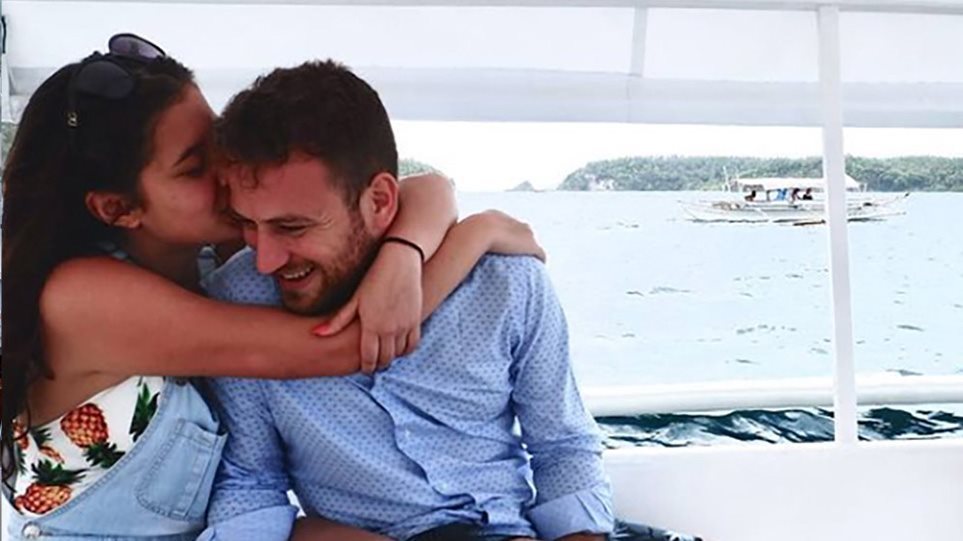 Evidence is strong that the marriage was anything but happy and that Caroline wanted to leave him and take the 11-month-old daughter with her.

At the same time, the staged “burglary” was almost a copy paste of a real burglary against another commercial pilot, a husband’s friend. He and his wife had fallen victim of a gang inside their home in 2018, only that those burglars were carrying clubs and not guns as the charged Anagnostopoulos had claimed.

According to some media, the pilot-victim had testified to police after the murder in Glyka Nera.

For 37 days he was lying to police and the society with interviews in the media.