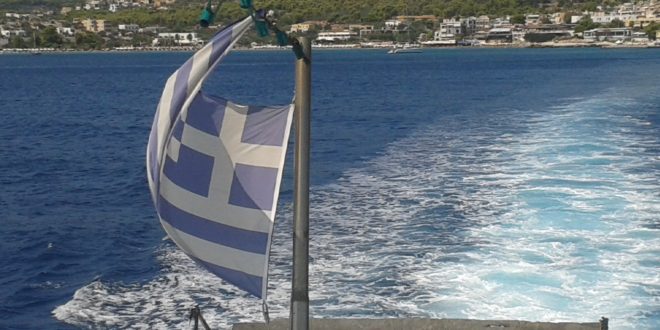 The Greek government is seeking to increase the number of quarantine hotels on the islands and to establish “Covid-cabins” on ferries to allow return of travelers tested positive. The government is in a difficult position as the pandemic 4th wave hits the country and those in charge of taking decisionσ have proven once again that they miss the forest for the trees.

Tourism and Covid-19 are difficult to combine especially when the ministers of Tourism, Health and Shipping instead of preparing the islands and the transport of those tested positive to Covid-19 have failed big time.

The spread of Covid-19 on the islands has shown the absence of a thorough plan for the much anticipated tourism: that quarantine hotels on the big islands are not enough and that there was no provision for such hotels on smaller islands.

What were they thinking?

The shortages of beds and rooms in such  hotels became striking over the weekend on the islands of Mykonos, Paros and Alonissos. On the first two islands quarantine hotels were full, on Alonissos there is no quarantine hotel. The plan of the Greek authorities was that tested positive patients would be transferred to Skiathos, however, they had calculated without the Shipping Ministry and National Health Organization EODY that would not allow their transport with ships or boats.

Trapped on the islands because no ship or ferry was allowed to carry them to mainland or a bigger island, local and foreign tourists had no place to stay, to spend the ordered time of quarantine and protect the others.

Reason for the unbelievable situation was the Shipping Ministry decision late last Friday according to which unvaccinated tourists had to undergo Covid-tests before getting on board on a ferry or ship to start their return.

No minister made any provision on what would happen to those tested positive and trapped on the islands.

Neither the Shipping nor the Health ministry thought of allowing a boat rental or the assistance of the Cost Guard for their transport.

Media reported that an extraordinary meeting was to take place on the issue and that the Civil Protection would allegedly propose:

Shipping Minister Giannis Plakiotakis confirmed on Wednesday morning that a “Covid-cabins” plan was on the table and being examined but so far nothing has been announced officially.

Then both measures need the cooperation of the shipping companies and the accommodation owners as well as additional health protection measures and eventually personnel which immediately would mean rise of coast.

Media reported that there were 30 quarantine hotels across Greece and the plan was to increase them with another 17, while some have been already established.

On Mykonos there is now one hotel and three houses.