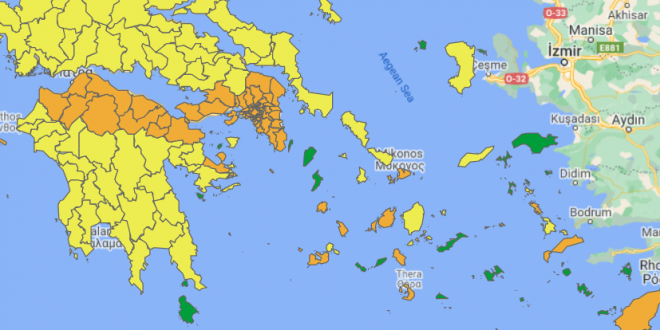 Greece authorities updated on Thursday, July 22, 2021, the country’s Covid-Map placing several regions and islands on higher risk levels. The changes in the epidemiological map of the country emerged following the meeting of the epidemiologists’ committee today, head of Civil Protection Nikos Hardalias stressed.

The Municipality of Mykonos remains in a state of high epidemiological observation and investigation, he said. Details see below. 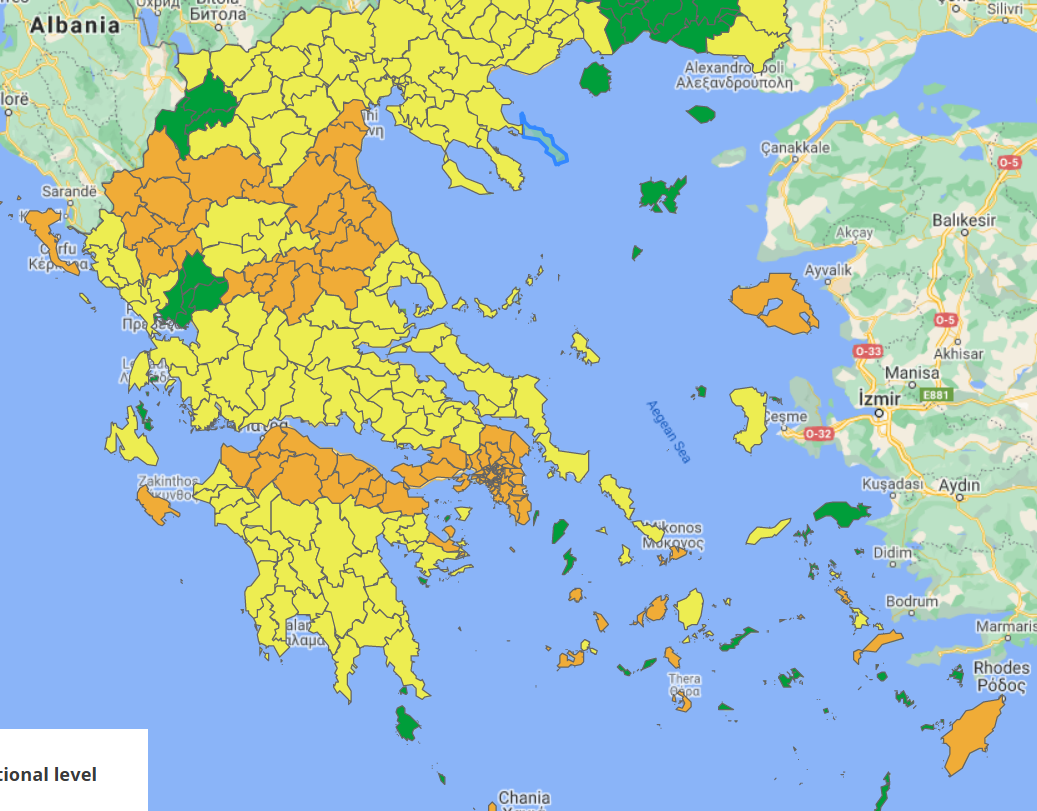 The Regional Units of Pieria, Karditsa, Achaia, Corinth, Lassithi and Chania except the Municipality of Gavdos.

From Yellow to Green (Level 1): Municipality of Kythnos

The updated interactive Covid-MAP is available here also in English.

Mykonos: Re-evaluation in the next 24 hours

As far as Mykonos is concerned, Hardalias said that there will be a re-valuation of the epidemiological data in the next 24 hours and will be decided accordingly whether the restriction will be lifted on Monday, July 26 or extended.

He added that the extraordinary restrictive measures imposed on the island have partially stopped the further spread of the coronavirus.

The epidemiological data at the moment show a high epidemiological burden, but also a partial stabilization of the situation, while a small downward trend is beginning to appear, Hardalias pointed out. He added “At the same time it appears that there are no new outbreaks and any new cases related to already existing confluences of previous weeks.”

He stressed that “the measures on Mykonos are valid until Monday morning and their extension or not will be evaluated in the next 24 hours, and the relevant announcements will be made in time.”

He underlined that the government will intervene with local measures where deemed necessary to ensure the public health.

He also announced that from Monday, sweeping inspections will be carried out in all companies for compliance with the measures and health protocols, both in Mykonos and other areas with an epidemiological burden that raises concerns.