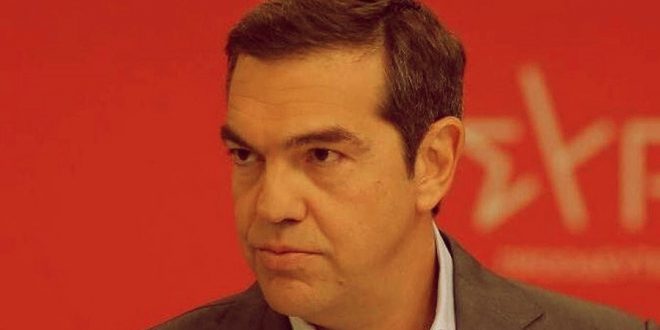 Leader of main opposition party SYRIZA-Progressive Alliance and former left-wing Prime Minister, Alexis Tsipras, said that the conservative government “is on a course that resembles a vertigo,” and that “it will not see the end of its four-year term, as early elections will have to be called due to the fact that “it cannot hide it has been worn out.”

Speaking to OPEN TV on Monday evening, Tsipras said that “the hourglass has flipped upside down for the government of Prime Minister Kyriakos Mitsotakis”

He added that “I have no doubt, no matter what the polls say, that SYRIZA will win the next elections, and be the backbone of the country’s next government.”

Asked about why does he not request that a snap national vote be held, he said that this will be held “soon enough, regardless of when I request for it.”

The main opposition party leader highlighted his estimation that “a window for national elections will open in the spring of 2022.”

When PM Kyriakos Mitsotakis “realizes he is threatened with a catalytic defeat, he will go to the polls. When I call for elections will be judged by the circumstances of the country. It is currently in a state of emergency,” Tsipras underlined.

He stressed that they warned the government already in May of the upcoming price increases.

Hardly two years after it assumed power, the conservative government is still confronted with a pandemic that send to graves an average of over 30 people per day, the ashes of the forest fires in Attica and Evia and a society that still suffers from the economic fallout of the coronavirus lockdowns, while it feels insecure about whether more lockdowns will follow in winter. At the same time, the government is desperately seeking to find a fiscal space to counterbalance the upcoming tsunami of price increases in electricity, natural gas and essential goods.

Some political analysts recall that the original plan of New Democracy was a formula of “2+4” years, that is early election in autumn 2021 to re-confirm  the public mandate of July 2019 and rule for another four years.

But this is option is gone – probably forever. PM Mitsotakis will now look for “election dates either next April at best or next September and October at worst,” some analysts speculate.

To tell you the truth, I thought that the PM is “done” after the cabinet reshuffle last week, the political fiasco around his choice of the Minister for Civil Protection and by appointed for the post of the Health Minister, a far-right MP.

It became very clear, the ruling party had run out of staff capable to deal with crucial sectors of the country.

The point is not whether SYRIZA will win the next elections, but whether New Democracy will see it’s one-man rule trimmed down.

PS An interesting experience earlier today was with taxi drivers, who ae well-known to vote conservative to far-right. Meeting 3 of them on Tuesday morning while fixing issues in Athens, all three said: “Mitsotakis is finished!” Main reason? The price increases. Second reason? The lockdowns and/or the generalized restrictive measures dividing the society into vaccinated and unvaccinated fronts!

One of them, a man around his 60’s, was also furious that his sister in law was suspended from the hospital she works for not having being vaccinated. “She is afraid, just afraid,” the man said of the mother of 2 and added that the family will hardly make ends meet, with just the husband’s wage.

A second one, a 30-year-old guy, said characteristically: “The PM doesn’t care about the people, he only cares about himself.”