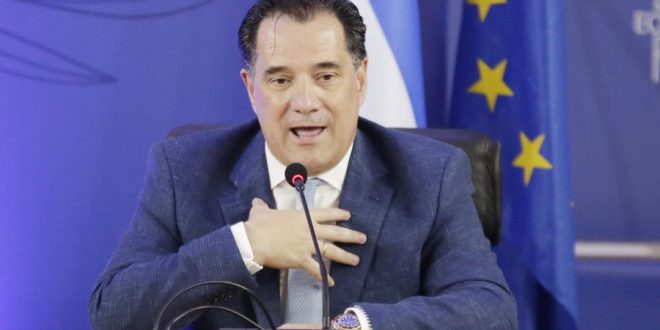 Development Minister Adonis Georgiadis said the obvious about the much praised Defense Agreement between Greece and France: It does not protected the Exclusive Economic Zone of the country for a simple reason: Greece has not declared it yet.

A few hours before the start of the debate in Parliament on the ratification of the defense agreement between Greece and France, Minister Georgiadis confirmed that French assistance in the event of an attack does not include the EEZ and therefore the whole of Greece’s sovereign rights, reports armyvoice.gr.

“As for the EEZ… Have we declared an EEZ and I did not know it? What will we say to the French? Come and protect the EEZ that we have not declared? ”

Minister Georgiadis has in fact responded to main opposition left-wing SYRIZA that has asked for relevant clarifications on the issue before the ratification by the lawmakers of the Greek Parliament.

interesting is also an evaluation by the German Foreign Ministry last Friday. It said that the Greek-French bilateral defense agreement “contains clear references to the status of the two countries as EU and NATO member states, and is not directed against other partners.”

Some media and many Greeks, patriots and New Democracy supporters on social media already “saw” French soldiers in Greece, the moment Turks would dare a step outside a boat or a plane.