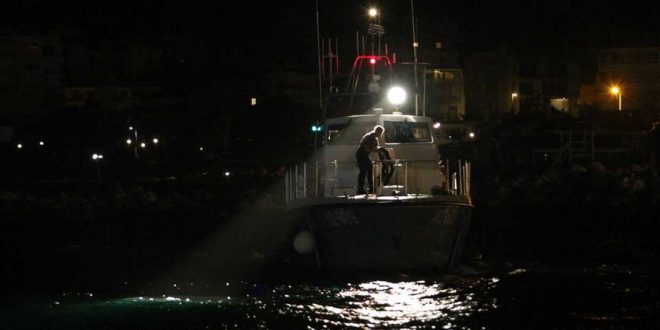 One person was rescued short before Wednesday midnight almost 24 hours after a boat carrying migrants sank in the sea area off the island of Folegandros. The man from Egypt was 20 hours in the water before he was rescued and transferred to the hospital of neighboring Santorini.

Meanwhile, the number of deaths rose to three, when two more bodies were recovered from the sea Wednesday afternoon.

An unknown number of migrants were on the boat that was trying to make its way from Turkey to the Italian coast. A total of 12 migrants – 7 men, 1 pregnant woman, and 4 teenagers – were rescued by the Greek Coast Guard.

These 12 people were found on small boat auxiliary to the one that sank.

The number of passengers ranged from 30 to 50, according to migrants rescued, while only 2 of the 12 were wearing life jackets.

The Greek Coast Guard and other vessels continued the Search and Rescue operation.