Poll: Price hikes cause of concern, ND-SYRIZA difference drops to 10.5%, no technocrats gov’t

Difference between ruling conservative New Democracy and main opposition party left-wing SYRIZA has decreased to 10.5% in the preference of potential voters as the high energy cost and the price hikes are a reason of concern for 47% of the Greeks. At the same time, Greeks seem to turn down the possibility of a coalition government with a technocrat as Prime Minister, while the majority of them would rather have a coalition government of 2 or 3 parties, a poll has found.

In a public opinion poll conducted by MARC for ANT1 TV between February 8-12, 2022 and a sample of 1,037 people across the country.

Greeks at 47% named the “price hikes” as their main cause of concern. The pandemic said 24.2% of respondents, crime said 18. Other issues like “national issues” gathered 4.5%, migration 2.6% and natural disaster 2.5%. 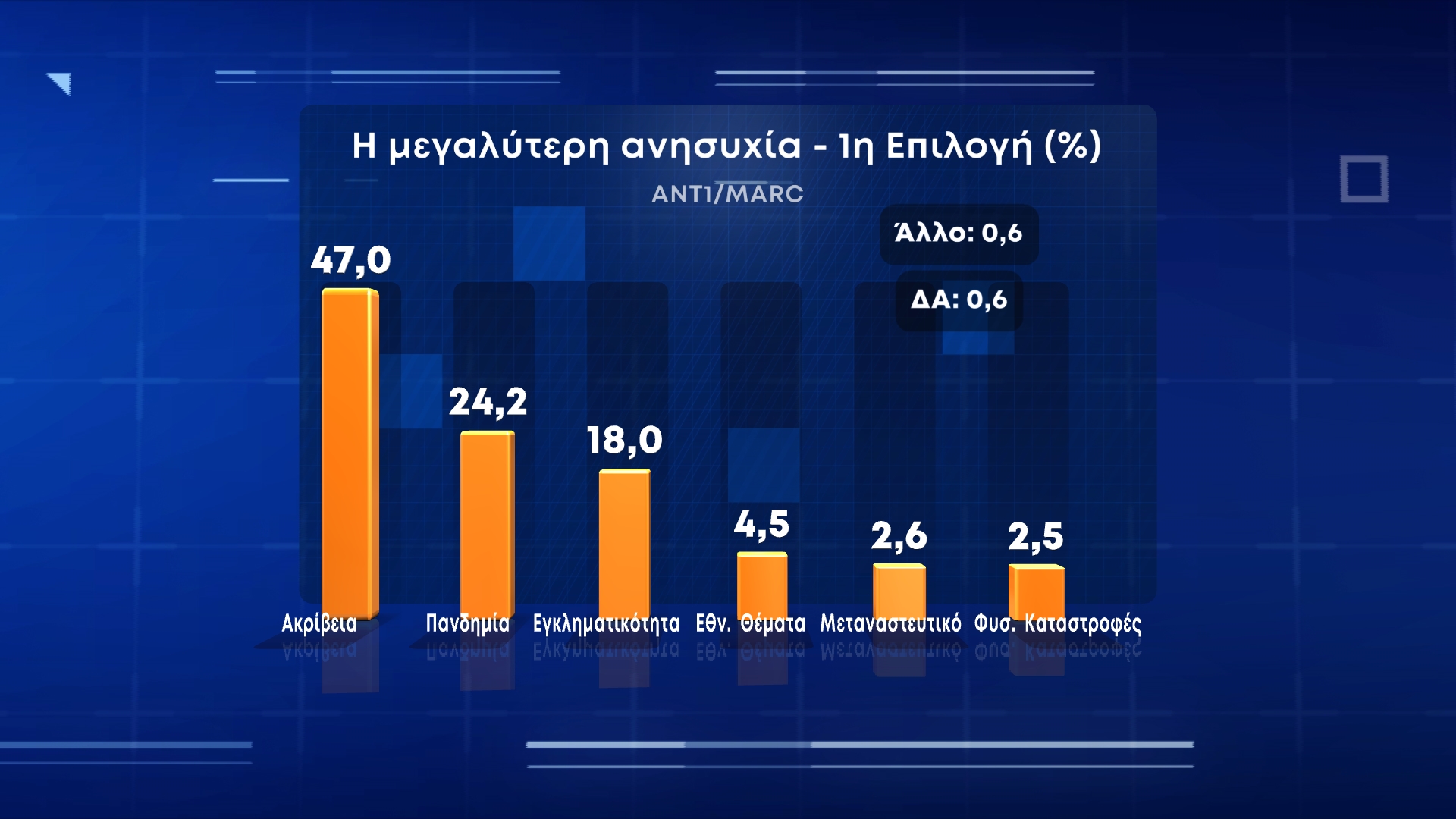 Regarding the question what kind of government they prefer, Greeks responded: 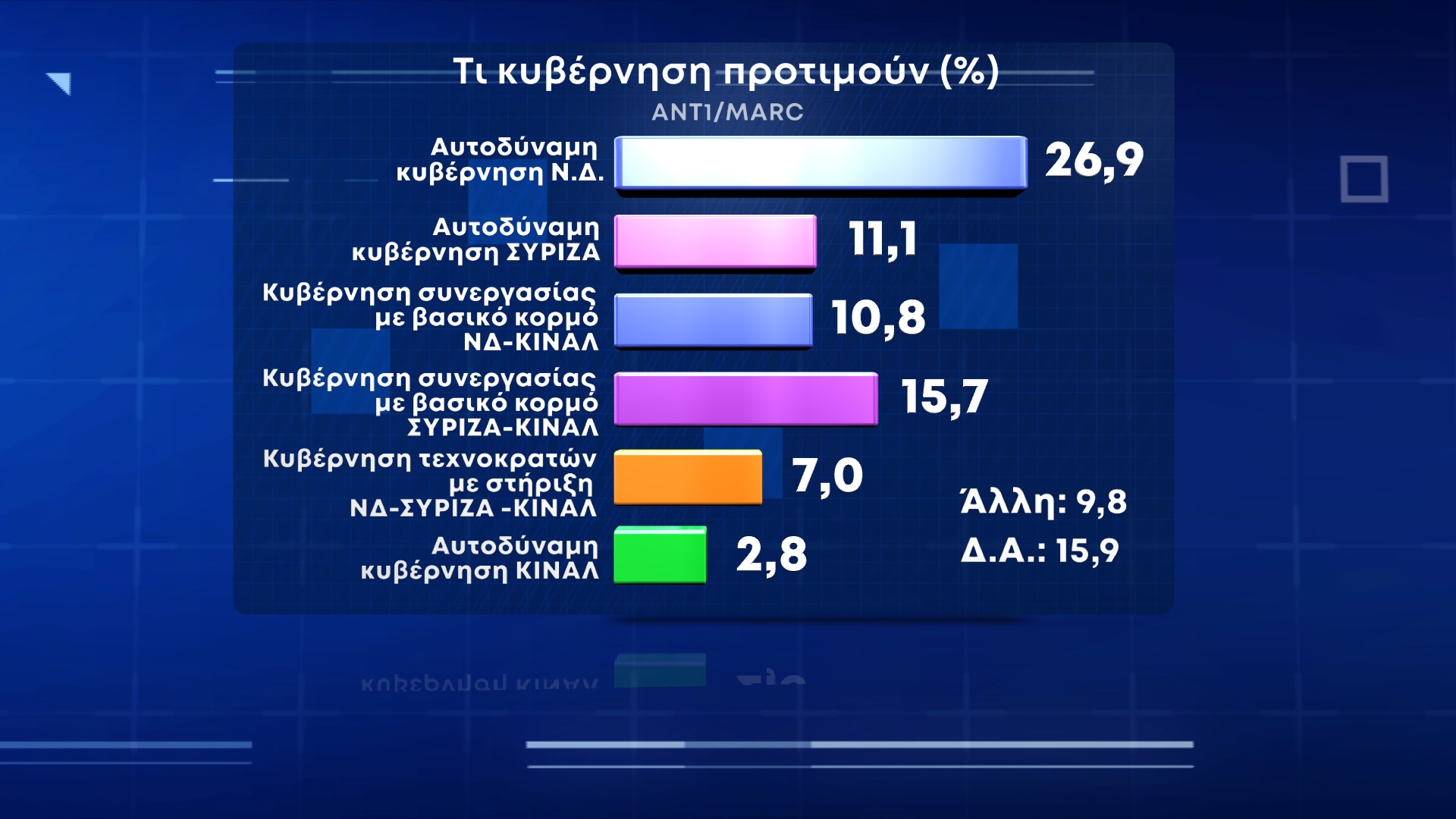 Kyriakos Mitsotakis is the most popular for PM with 47.2%, followed by Nikos Androulakis (LINAL) with 44.2%, Alexis Tsipras with 31$, Dimitris Koutsoumbas (KKE) 27.4%, Yanis Varoufakis (MeRA25) with 22.7% and Kyriakos Velopoulos (Greek Solution) with 18.4%m Greeks said in the MARC poll. 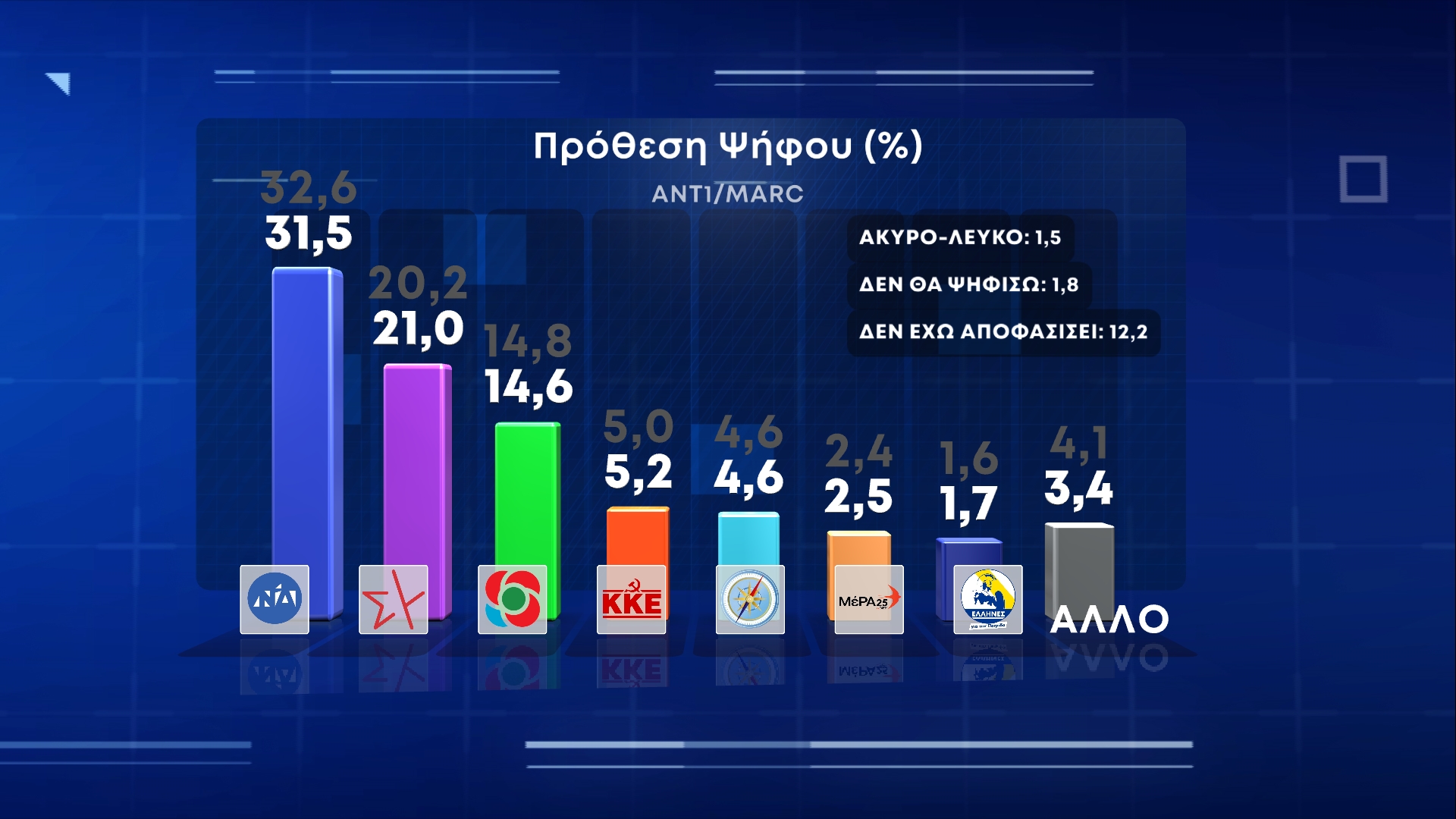 If nothing unexpected occurs, the parliamentary elections are to take place in late spring/early summer 2023, when ND concludes its term.

Note that the Greek Statistics Authority ELSTAT announced inflation of 6.2% in January, a record rate in the last 25 years, since February 1997.