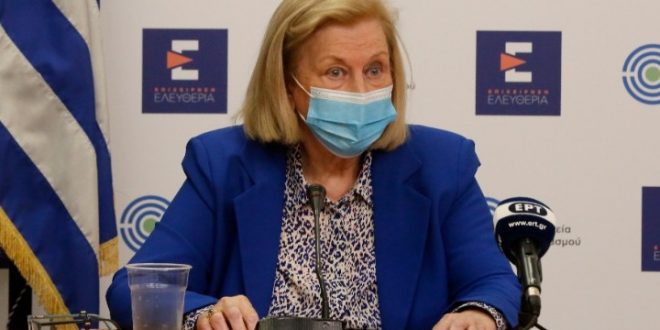 Greece’s National Vaccination Committee gave the green light for the 4th dose of vaccination against Covid-19 for citizens over 60 years old as well as for vulnerable groups including children. “Those who got sick with Covid after the third dose (booster shot) will not need the fourth dose,” Committee’s president Maria Theodoridou stressed on Tuesday during the presentation of the program.

According to the Committee, vaccination with the fourth dose is not mandatory but highly recommended.

The second booster dose (4th dose) will be given with mRNA vaccines, ie Pfizer or Moderna, four months after the first booster dose (3rd dose).

According to President Theodoridou, the fourth dose is also for children and adolescents aged 12-17 with serious health problems.

For the vaccination of immune-suppressed children and adolescents from 12 to 17 years of age, the fourth dose can be administered hree months after the third dose.

Also, children and adolescents  aged 12-17 years with an increased risk (obese children, diabetes or cardiovascular disease) are given a third dose six months after the second dose.

The interval for vaccinations with Moderna and Pfizer is extended to eight weeks.

According to Mrs. Theodoridou, the benefit from the fourth dose will be greater in people aged 70 and over and in people living in accommodation structures.

The fourth dose will be just as beneficial in people aged 60 and over, especially those with serious underlying diseases.

“The completion of the basic vaccination (a, b and c) in the entire adult population is of primary importance”, she added.

According to Theodoridou, “the National Vaccination Committee today discussed in detail the discussion for the administration of the fourth dose. The implementation of the third dose vaccination from the beginning of September has worked positively in terms of preventing the infection of citizens with a serious disease. There is still an internationally increasing rate of infections, but with a significantly lower number of hospitalizations.”

The fourth dose has been made available since winter for immune-suppressed citizens and Theodoridou had expressed reservations for the 4th dose for the general population still in February.

Secretary general of Primary Health Care, Marios Themistokleous, stressed that the inauguration of the vaccination platform for appointment for the fourth dose will be done gradually and for every decade, based on the respective age group.

Platforms for online booking will open:

According to Themistokleous, eligible for the 4th dose are 1.3 million citizens over 60 years old in total.