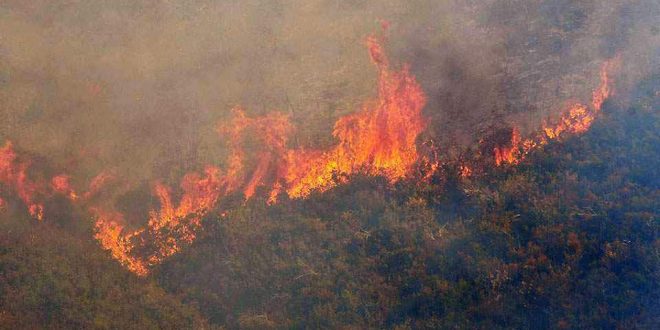 Τhere has been a significant and “worrying” increase in the number of forest fires in Greece in the first months of 2022 in compare to previous years, the meteo service of the National Observatory of Athens reported on Thursday.

Following the extremely destructive forest fire season of 2021, the report noted, the statistics for the first three months of 2022 continued to be ominous based on an analysis by the European Forest Fire Information System (EFFIS).

From the start of the year until April 9, 2022 there has been an almost exponential increase in the number of forest fires, which have increased by 750% compared with the average for this period in 2008-2021. 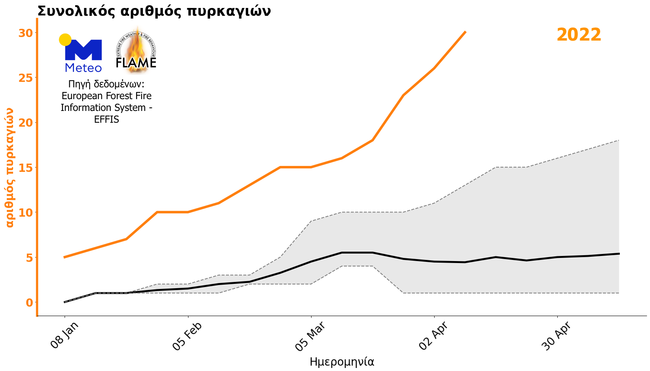 Equally worrying, according to meteo, is the large increase in the total amount of territory burnt in Greece, which has increased by 275% in relation to the 2008-2021 average. 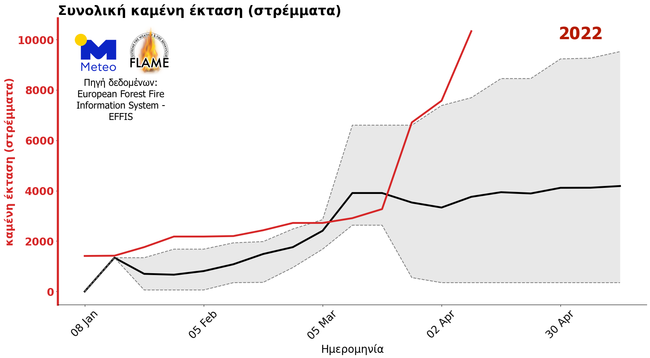 In absolute numbers, both the number of forest fires and the total amount of burnt land are currently at the highest level ever recorded in Greece during the first quarter of the year after 2008. Specifically, EFFIS has mapped a total of 30 forest fires instead of the usual 4.4 that are seen on average during this time of year, which have burnt 1033 hectares instead of the usual 37.5, the meteo service reported.

Note that the anti-fire season begins on May 1 and end October 31.

The overwhelming majority of wild- and forest fires are due to arson on purpose or out of negligence.