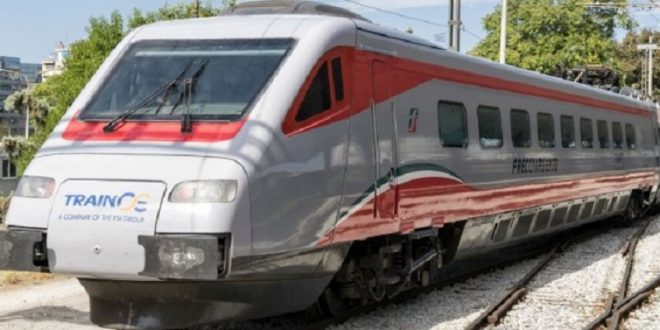 New trains reduce Athens-Thessaloniki to 4 hours; on track May 15

After over a year delay, the new trains brought to Greece from Italy will finally take to the tracks on May 15 on the Athens-Thessaloniki route, rail operator TrainOSE announced on Friday. The new trains, the “Arrows”, will reduce the traveling time to 4 hours.

The company said the journey with the ETR 470 will take 3 hours and 36 minutes, which includes a stop at Larissa.

Normally, the travel time between the capital and the major northern city takes close to 6 hours.

The new ETR470 trains will have nine wagons, including a restaurant/bar and three first-class wagons. Each train has a seating capacity of 600 people.

ETR470 trains will run twice a day in each direction:

To promote the event, TrainOSE is offering a 20% discount for tickets booked in the next 20 days, with travel time between May 15 and June 3.

Τhe ticket price for one or two ways has not been announced yet. Schedules and ticket prices will reportedly be posted on TrainOse website from Sunday, May 8,2022.

The Intercity Express was supposed to be on track on March 2021.